Accessibility links
New Rule Cracks Down On Bear Poaching In New York Black bear body parts are harvested all over the world, used in Asian medicine and cooking. Until this year, New York was one of a few states where the trade was unregulated. Wildlife biologists say the lack of oversight made it impossible to track how many animals were being killed and butchered illegally. 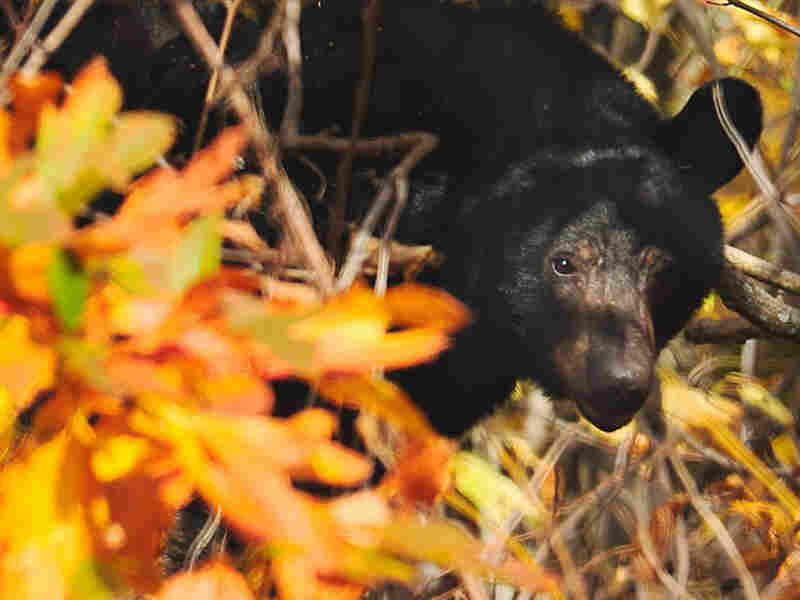 The body parts of black bears are harvested all around the world, for use in Asian cooking and medicine. A new rule in New York aims to more closely monitor hunters who trade in body parts. Karen Bleier/AFP/Getty Images hide caption 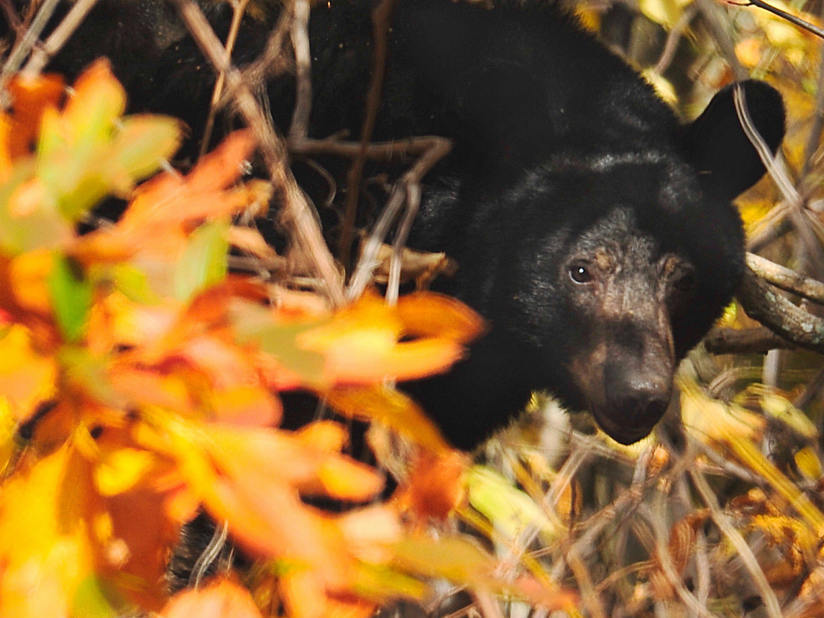 The body parts of black bears are harvested all around the world, for use in Asian cooking and medicine. A new rule in New York aims to more closely monitor hunters who trade in body parts.

A new rule that took effect this year in New York state is designed to stop the illegal sale of black bear parts for use in Asian medicine and cooking. While the sale of parts is still allowed, hunters will now have to document that they were taken legally.

The tiny village of Keene, N.Y., in the Adirondack Mountains is part of a trade network that supplies Asian apothecaries and restaurants from New York City to Seoul, South Korea.

"We're one of the largest buyers in the East," says Bud Piserchia, who runs North Country Taxidermy, filled with deer heads and stuffed bobcats. His main business is mounting wild animal trophies.

But every year, Piserchia also collects as many as 150 tiny black bear gall bladders. His clients are mostly Koreans from New York City.

"We have some people come in to by 20 galls or more, and obviously they're a dealer," he says. "We also have Ma and Pa come up, and they'll buy two galls. That's obviously for their own consumption."

Gall bladders are harvested all over the world — and black bears are actually farmed for their parts in China and other areas in Asia. Bear gall is used in traditional Asian medicine to treat a variety of ailments, and bear paws are prized for Chinese soup.

Until this year, New York was one of few states in the U.S. where the trade was unregulated. Lawrence DiDonato, a captain with the state's conservation police, says the lack of oversight meant wildlife biologists had no way to track how much illegal smuggling was going on.

The state of New York wants to utilize the entire bear. They don't want anything thrown away. It's a resource, whether it's the hide, the claws.

"We received 66 complaints since 2008 about poaching in general," DiDonato says. "We have documented at least some cases where bears have been killed, and just paws and galls have been taken."

DiDonato shows photographs of butchered bear paws found in an Asian food market in Brooklyn last year, along with another picture of a cub carcass stripped of its paws and gall bladder, with the rest of the animal left to rot.

He says wildlife officials worried that bears might also be poached in neighboring states like Vermont and Pennsylvania, and then sold in New York City's Asian neighborhoods. There, parts from a single animal can be worth up to $1,000.

Heidi Kretser, with the Wildlife Conservation Society, says the new rule requiring that all bear parts be clearly labeled and documented will help clarify how much illegal trade is going on.

"What we don't know, we don't know. Poaching could be going on right under our noses, and we just have no idea," she says.

The U.S. Fish and Wildlife Service says grizzly and black bear poaching for Asian markets has been a problem nationwide for years, with recent investigations and prosecutions in the Pacific Northwest and several Southern states.

Some environmentalists wanted New York's Legislature to ban the trade altogether, but black bear populations are stable here and across the country. Dealer Bud Piserchia says a legal market for bear parts should be allowed.

"The state of New York wants to utilize the entire bear," he says. "They don't want anything thrown away. It's a resource, whether it's the hide, the claws."

Hunters and dealers caught with undocumented paws or gall bladders will now face fines up to $5,000.