Accessibility links
Mississippi Prison Operator Out; Facility Called A 'Cesspool' One month after a federal court ordered sweeping changes at a troubled juvenile prison in Mississippi, the company managing the prison is out. The Justice Department describes "systemic, egregious and dangerous practices" at Walnut Grove Youth Correctional Facility. 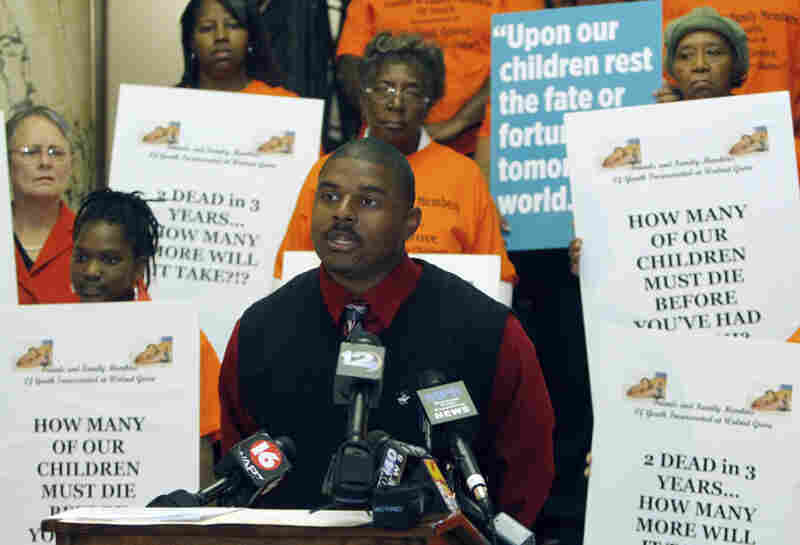 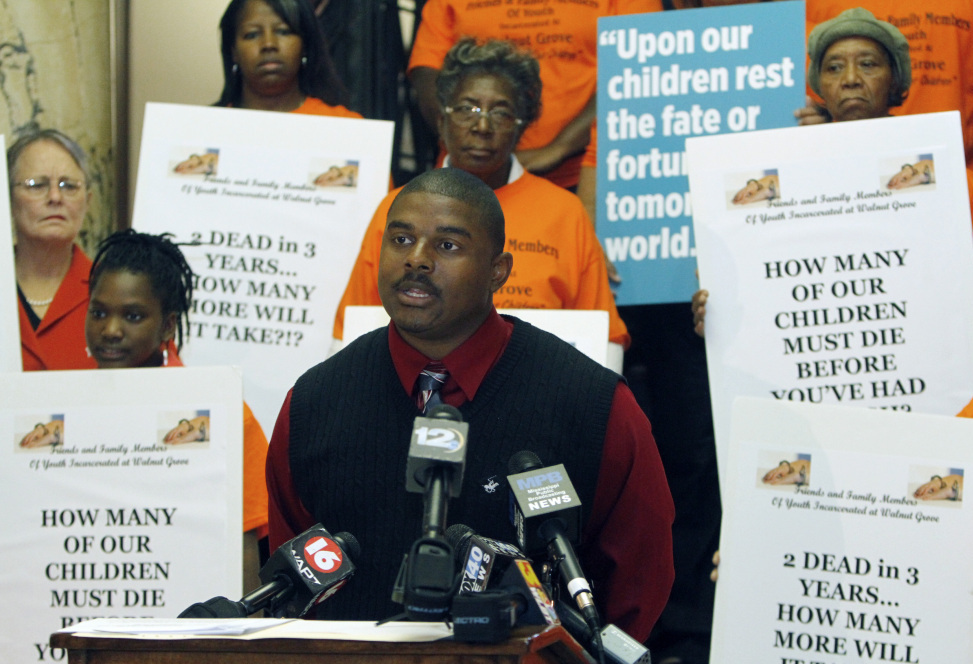 In 2010, former inmate Ross Walton describes mistreatment he says inmates received from guards. Faced with a court order to reform the Walnut Grove juvenile prison, the company managing the prison is leaving Mississippi.

One month after a federal court ordered sweeping changes at a troubled juvenile prison in rural Mississippi, the private company managing the prison is out. A report by the Justice Department describes "systemic, egregious and dangerous practices" at the Walnut Grove Youth Correctional Facility.

As those words imply, the official report is scathing.

Federal Judge Carlton Reeves wrote that the youth prison "has allowed a cesspool of unconstitutional and inhuman acts and conditions to germinate, the sum of which places the offenders at substantial ongoing risk."

Walnut Grove, located an hour's drive east of Jackson, is a 1,450-bed prison that houses inmates ages 13 to 22 who are minors convicted as adults. It is run by GEO Group of Boca Raton, Fla., the nation's second-largest for-profit prison corporation, which posted a profit of $284 million last year. The Mississippi Department of Corrections pays GEO to manage the prison.

Jonathan Smith is chief of special litigation in the civil rights section at the Justice Department, which spent two years looking into conditions at Walnut Grove.

"To have a prison that's chaotic, poorly run, dangerous, didn't provide services, highly sexualized and highly violent really limits the ability of the state to turn those folks around, and to ensure public safety upon their release from prison," Smith said.

Among the conditions described in the report released last month:

"A lot of times, the guards are in the same gang," Bowling said. "If an inmate wanted something done, they got it. If they wanted a cell popped open to handle some business about some fighting or something like that, it just pretty much happened."

A GEO spokesman said via email that the abuses documented by the government occurred before GEO took over Walnut Grove in late 2010. Another private prison company, Cornell Companies, ran the Walnut Grove facility until Cornell was purchased by GEO.

At the Justice Department, Jonathan Smith does not accept that statement. He said troubles at the prison continued after GEO stepped in.

In an interview last Thursday, Mississippi state Corrections Commissioner Chris Epps had nothing but praise for GEO. He pointed out the prison had recently received a perfect score by outside auditors from the American Correctional Association.

On Friday, the news broke that GEO would be out as manager of its three Mississippi prisons by July.

Later that day, Epps had changed his tune. He told The Associated Press that a new operator at all three state prisons may "do a better job in the operation of the facilities" than GEO did.

GEO did not give a reason why it was out in Mississippi. Last week, CEO George Zoley said the company was discontinuing its contract at the East Mississippi Correctional Facility that houses inmates with mental illness because the facility had been "financially underperforming." 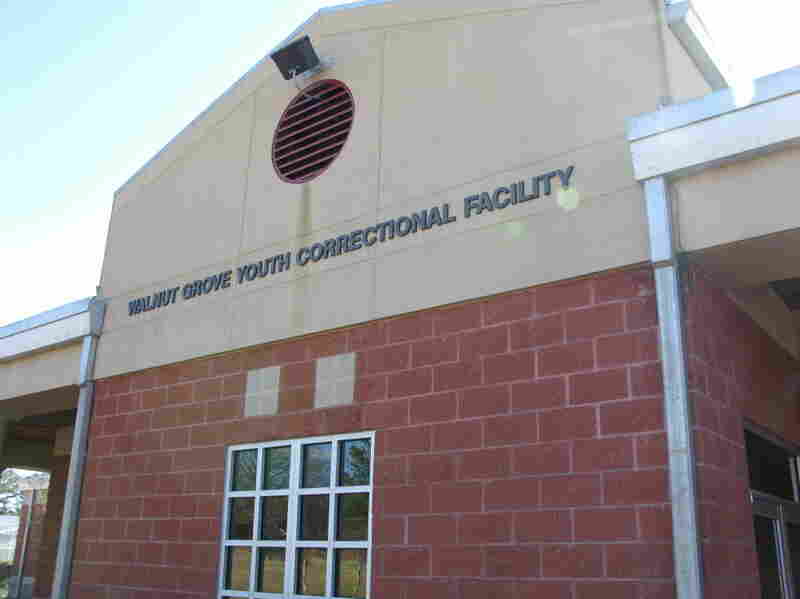 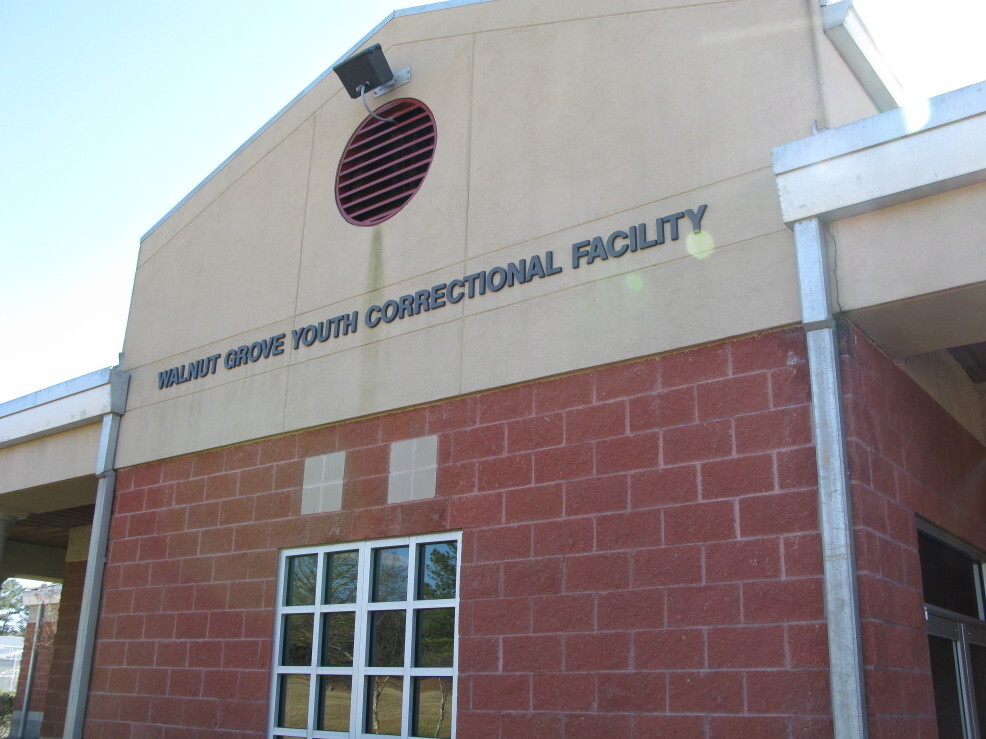 The Southern Poverty Law Center and the ACLU have been investigating reports of abuse and inmate suicides at the GEO-run East Mississippi Correctional Facility, located near the city of Meridian.

Sheila Bedi, deputy legal director at the Southern Poverty Law Center, said that her group is considering legal action against the prison.

Regarding Walnut Grove, Bedi said whoever takes over management of the facility, at least the juvenile offenders held there will be safer under the court order.

"Some of the more significant relief includes an agreement to remove all children from that facility, and to put them in a stand-alone unit that will be operated by the Mississippi Department of Corrections and governed by juvenile justice, as opposed to adult correctional standards," she said.

The state corrections commissioner said they'll be looking for a new operator for the three GEO-run prisons.

With one of the prisons under a stern federal court order and another prison the possible target of a class-action lawsuit in the future, it remains to be seen how attractive those properties will be for a private company.

The audio of this story, as did as the original Web version, indicates that GEO pulled out of all three Mississippi prisons it manages. After the story aired, the Mississippi Department of Corrections and GEO said the company pulled out of just one prison, East Mississippi Correctional Facility. The state says it then decided to find new management for all three GEO prisons — including the Walnut Grove and Marshall County facilities — "in hopes of gaining better performance and prices." The Web version and the headline have been edited to reflect the new information.