Accessibility links
Classical 'Rock Star' Joshua Bell Takes On Conducting Bell, the violin prodigy turned star, has taken the helm of the Academy of St. Martin in the Fields. On his first tour with the group as both music director and conductor, he plays the violin while conducting the orchestra simultaneously. 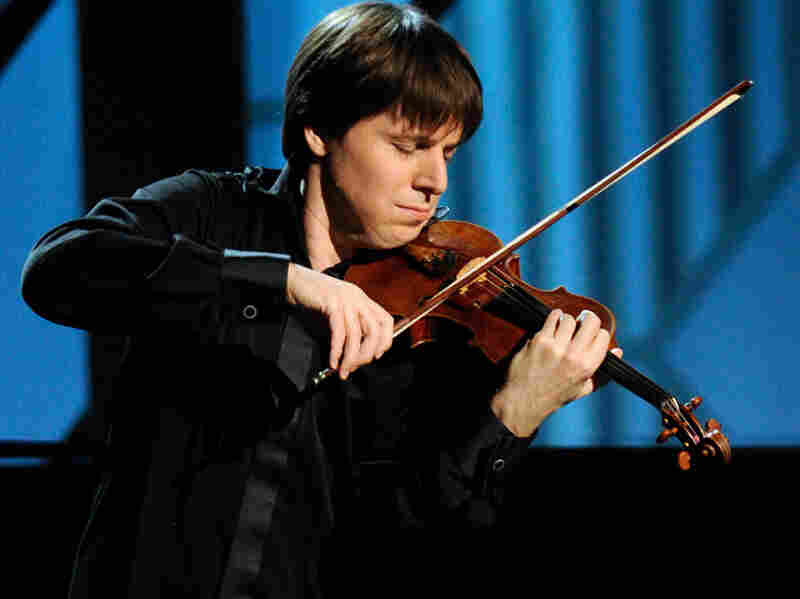 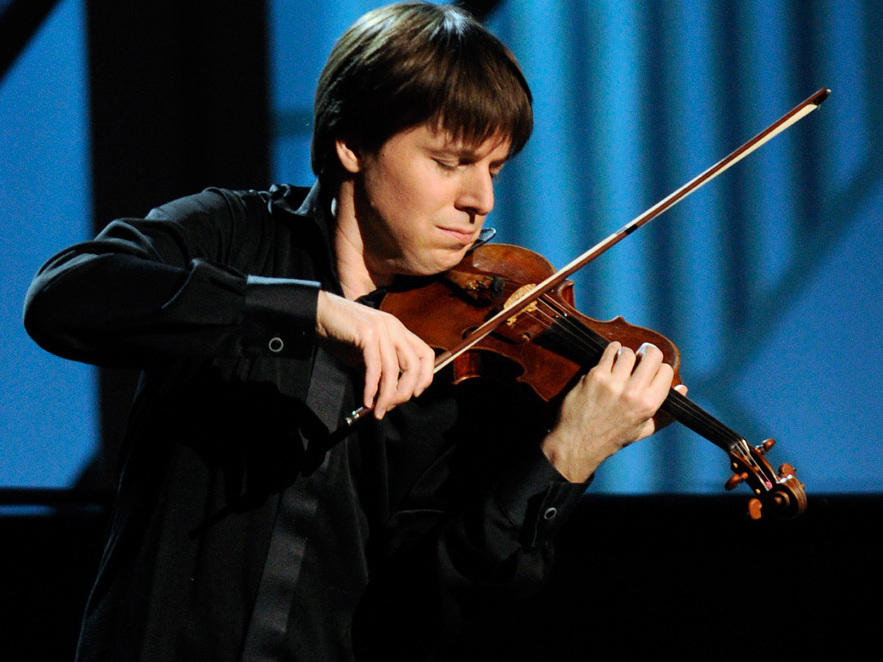 Joshua Bell, the violin prodigy who grew into what some call a classical-music rock star, has taken the helm of the Academy of St. Martin in the Fields. Bell is the orchestra's first music director since Sir Neville Marriner, who created the group.

On his first tour with the group as both music director and conductor, Bell plays the violin while conducting the orchestra simultaneously, gesturing with his bow. And he leads from the concert master's chair, rather than the podium, which seems unusual to some audiences.

But the ASMF orchestra "really knows how to read those sorts of cues," he tells NPR's Neal Conan. In fact, Bell says, Marriner originally led the orchestra from the violin, too.

"So this orchestra, their roots come from being directed from the chair," he says. "Not with a stick."

"A bad conductor [is] someone who can actually get in the way of the music. I mean, the great secret is that an orchestra can actually play without a conductor at all. Of course, a great conductor will have a concept and will help them play together and unify them. But there are conductors that actually inhibit the players from playing with each other properly.

"And, of course, there's interpretive things ... I cringe, you know, when I see the way they don't follow the score or they're giving cues that are contrary to what's intuitive for a musician who's trying to follow them. There are so many things ... that one can do wrong. I'm still learning myself, you know — what works, what can help create the excitement and where I should just not give a cue and just let them play. And then, when you do that, when you're not giving a beating every single beat and showing every single thing that you have on your mind — when you don't do that, then, when you do show something, it makes so much more of an impact. So I'm still learning all those things myself."

On Conducting From His Chair

"Somehow it makes the players ... have to sit on the edge of their seat. They can't get away with kind of sitting back and following. They have to lead themselves, as well. And also, there's sort of no middleman this way. They follow directly what I'm doing, and sometimes, somehow it feels even more natural."

"So many times, I've seen conductors that every time they have a thought, they stop the orchestra and say it and I can see the orchestra rolling their eyes and saying, 'Oh, God, he stopped again.' So there's a technique to rehearsing. You know, you try to store up the things you want to say, try to remember what they are, so you can say them all at once at the end.

"And ... you shouldn't have to speak everything. You should be able to show with your hands, you know, if you want something to become more legato. There's nothing more frustrating than seeing a conductor say, "Play softer," as they're waving their hands in huge gestures. You know, they say, "Now, softer here, softer here" ... There's so much you can show with your hands ... That's what we should strive for, not having to say so much and showing it through the hands."