Accessibility links
The Sound Man Behind The Soul Of The Nation's Capital Producer Robert Williams and his studio Red, Black and Green Productions were behind some of Washington's biggest R&B hits in the 1970s. 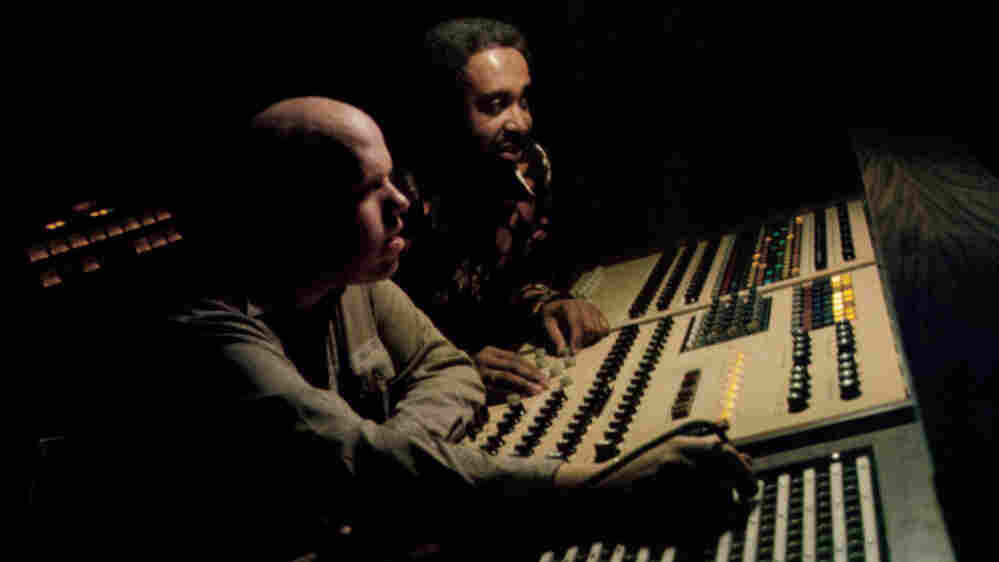 Eccentric Soul: A Red Black Green Production (the cover detail of the album is above) revisits the influence of producer Robert Williams on the 1970s soul scene in Washington, D.C. Courtesy of the artist hide caption

Promise, "I'm Not Ready for Love"

Most people wouldn't think of Washington, D.C., as one of R&B's great cities. Despite the fact that soul music greats Marvin Gaye and Roberta Flack grew up in D.C. neighborhoods, the city never had the equivalent of Detroit's Berry Gordy and Motown, or Memphis' Willie Mitchell and Hi Records. But in the early 1970s, D.C. did have producer Robert Williams and his Red, Black and Green Productions. A new compilation album called Eccentric Soul: A Red Black Green Production revisits Williams' influence on the sound of R&B in D.C.

Williams was born in Indiana but moved to Silver Spring, Md., in 1947, when he was 11. By his early 30s, he had become a gifted and sought-after engineer; he was once the on-call technician for the presidential press corps of Westinghouse Broadcasting. Recording musicians was his main trade, and by 1972, he'd also begun producing bands, beginning with a seven-man outfit that called itself Father's Children, from the Adams Morgan neighborhood.

The group was heavily influenced by Afrocentrism and the Black Power movement, and this rubbed off on Williams, who dubbed his new production company Red, Black and Green — after the colors of the Pan-African flag. Throughout the rest of the 1970s, RBG Productions would connect a web of different R&B and funk artists based around the capital city. That included the four members of The Summits, a vocal group that took its name from the Silver Spring neighborhood of Summit Hills.

Williams had a special knack for producing ballads. He often centered bassists prominently in the mix and, around that grinding groove, he'd drape on ribbons of reverb and spools of strings. You can hear how he pulls all this together in one of his best productions, recorded for Clifton Dyson and his cast of background singers, Dyson's Faces, called "Don't Worry About the Joneses."

RBG Productions didn't just turn out slow jams, however. One of its better-known records was a driving funk tune created for the girl group Promise, led by a pair of teenagers from University Heights, Md.

Williams may have been the go-to producer in the district's R&B scene, but as successful as his career was, the same couldn't be said for most of the acts he worked with. Even the ones with local hits never ascended to national prominence, and by the early 1980s, even Williams opted to leave the studio behind for a lucrative desk job in the radio industry. However, through Red, Black and Green Productions, Williams can still lay claim to helping craft the soul sound of the nation's capital — even if too few outside the district ever had a chance to hear it.