Accessibility links
Bradbury's Tale: A 'Wicked' Read, A Haunted Book It wasn't just the creepy carnival that drew Seth Grahame-Smith to Something Wicked This Way Comes. It was also the book's frank portrayal of parents who don't behave like grown-ups. Do you remember when you realized your parents weren't perfect? Tell us about it in the comments. 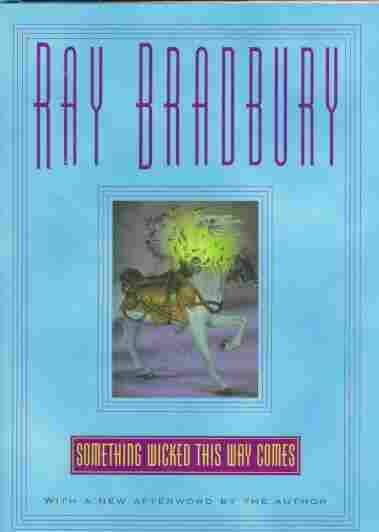 Something Wicked This Way Comes

Seth Grahame-Smith is the author of Unholy Night.

I know it's strange to be thinking about October right now, but whenever I write, in a way that's always where I am. Growing up in Connecticut, it always held a special place in my heart — "a rare month for boys," as Ray Bradbury begins Something Wicked This Way Comes.

It was everything: The way the dying leaves clung to tree branches and crunched underfoot. The first wisps of chimney smoke that wafted in the evening air. The promises of free candy and a good World Series. These were the miniature miracles of my 12-year-old life.

I worshiped at the altar of Stephen King in those days. (I still do, in a way that's unbecoming a grown man, but I make no apologies for my faith, no sir.) In fact — and this is the hand-on-the-Bible truth — I was holding a paperback copy of The Shining when I first laid eyes on a dead body. I was headed to sleep-away camp when our bus came upon the scene of an accident. A car had landed upside down in the water. Despite the panicked orders from our chaperones to "look away, look away," I watched as rescuers pulled one of the bodies out.

It was a year before I found the courage to finish that paperback.

Why am I telling you this?

Because while Stephen King frightened and thrilled me, Ray Bradbury's Something Wicked haunted me. Spoke to me. Crawled under my skin and stayed there, like the face of that cold, graying corpse.

I first read Something Wicked in middle school. Not for class, but on the advice of my stepfather — a used- and rare-book dealer who kept some 5,000 volumes of horror and science fiction in our basement. I'd already tried my hand at Bradbury's other books, but he hadn't yet grabbed a hold of me with the sharp claws I'd hoped. But then, I was 12, and not quite ready. Something Wicked, however, was tailor-made.

I was nearly the same age as its young heroes, Jim Nightshade and Will Halloway. Best friends born just two minutes apart — one a minute before the midnight stroke on Halloween, one a minute after. Darkness and light, baby. 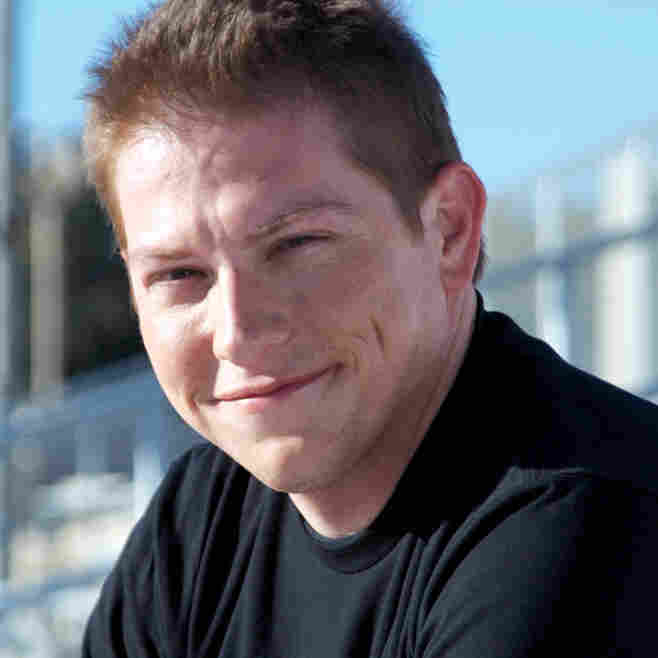 Seth Grahame-Smith is the author of Pride and Prejudice and Zombies and Abraham Lincoln: Vampire Hunter. Matthew Rudenberg hide caption

I was part Jim — daring and brash. But I was also the cautious, calculating Will. I recognized some of Will's father, Charles Halloway, in my own stepfather. Charles was a lover of books. A lion in winter who, it turns out, never really was much of a lion at all.

Things get going for Jim and Will when a carnival rolls into their small Midwestern town on the heels of a thunderstorm. A carnival led by the aptly named Mr. Dark, who comes bearing promises for the town elders: restored youth, second chances and fulfilled dreams. These all come for a price, of course. Namely, their souls.

Bradbury's carnival is everything we fear. It's age and death and failure. It's a foreign body, invading the ideal small town the way a virus invades a cell.

But for me, the true horror of the book wasn't the carnival or its soul-swallowing ringmaster. It was a hard truth — the truth that our parents weren't always the heroes we needed them to be.

Bradbury's adults were weak with temptation and worn down by regrets. They were real, and that was the horror of it all.

If The Shining terrified me with the possibility that my own father might try to kill me, Something Wicked posited something much more frightening and much more likely — that he wouldn't be able to save me if someone else did.

You Must Read This is produced and edited by Ellen Silva and Rose Friedman with production assistance from Andrew Otis.