Accessibility links
An African Trader And The Perils Of Business In China African traders have congregated around the southern Chinese city of Guangzhou in recent years. For one trader, success came quickly — but it was followed by a rude awakening as he negotiated his deals. 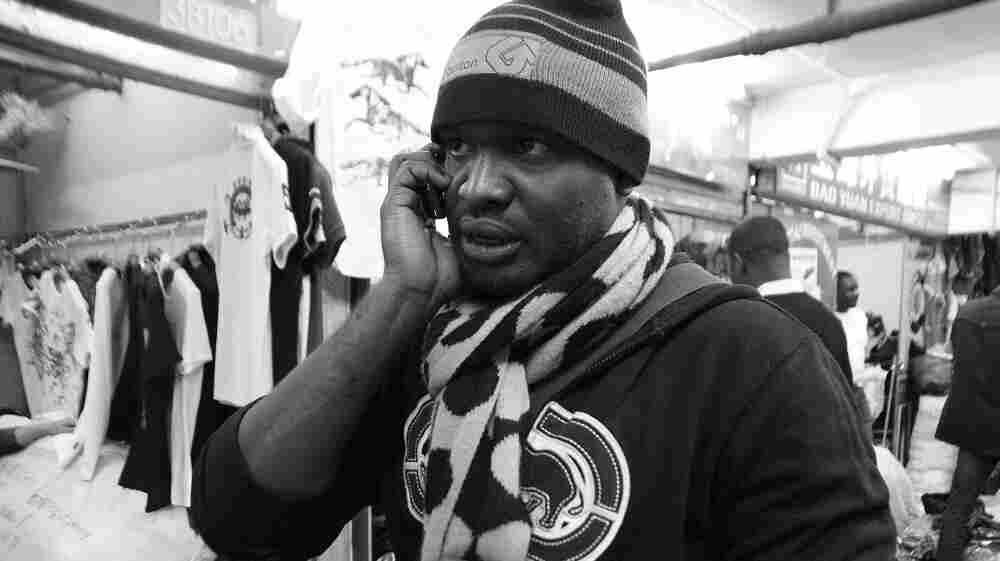 Kelvin Njubigbo, one of the many African traders in the southern Chinese city of Guangzhou, made two profitable trips to the city from his native Nigeria. On his third trip, he was robbed of $19,000. Nina Porzucki/for NPR hide caption

It's dinnertime at a bustling Kentucky Fried Chicken in the Little Africa neighborhood of Guangzhou, in southern China. Chinese schoolgirls nibble on fries, a grandmother feeds her grandson, and Kelvin Njubigbo stares at a single wing on his tray. His foot, wrapped in a gauze bandage, juts out from the table.

"Everything is risk in life," repeats Njubigbo. "It's all risk from the beginning to the last."

A lawyer, Njubigbo couldn't find steady work in his native Nigeria, so he's trying his hand at the clothing trade. He's buying cheap goods in China and reselling them in Nigeria. His first two trips were successful. For this third trip to Guangzhou, he convinced his parents to lend him more money. More money means more clothes, which means more profit, he figured.

His family cobbled together $19,000. After he arrived, he got wind of a great deal. Two factory representatives standing in front of the Tangqi market showed him some nice shirts at an unbelievably low price. Njubigbo couldn't believe his luck. He took a taxi with the two men to their warehouse. 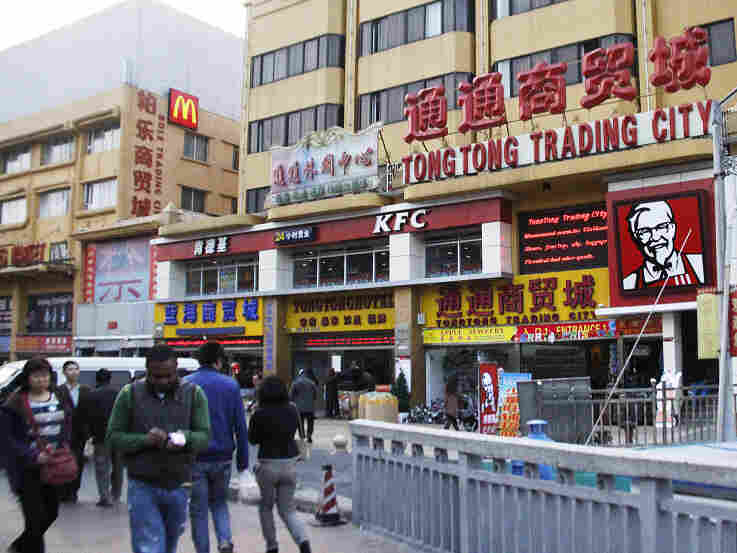 The Little Africa neighborhood in the southern Chinese city of Guangzhou has thousands of African immigrants and has grown rapidly in recent years. Nina Porzucki for NPR hide caption 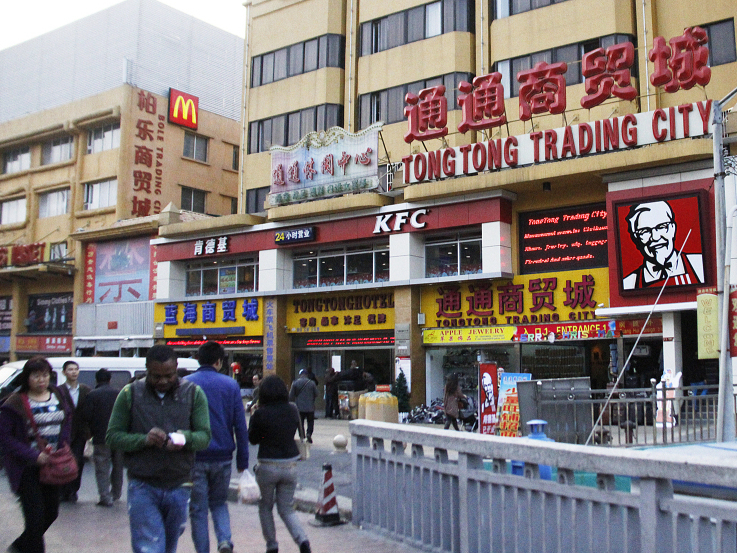 The Little Africa neighborhood in the southern Chinese city of Guangzhou has thousands of African immigrants and has grown rapidly in recent years.

Once inside, two men suddenly grabbed him from behind. He tried to fight, but one of the men smashed his leg with a sledgehammer. They pulled down his pants where his money belt was hidden, grabbed the belt with his entire savings and fled.

"And here I am. Everything I saved, just gone like that," says Njubigbo.

Njubigbo knew the risks. It's not uncommon for traders to carry large sums of money. According to Heidi Ostho Haugen, a scholar studying the Nigerian trading community in China: "The producers are in the informal sector, so you'll have to pay cash. People know about that and can take advantage."

At the police station, an officer gave Njubigbo the phone number of the only man who might help: the Chairman.

Ojukwu Emma is the head of the Nigerian community in Guangzhou, but everyone calls him the Chairman. He used to export shoes, now he exports salvation, helping troubled traders with visa problems leave China legally. But there was nothing he could do for Njubigbo.

Njubigbo had a valid visa and a ticket home. Back at KFC, he debated with himself about what he should do next. "Do I stay? Do I go home empty-handed?" He stared out the window. Traders stood on the sidewalk laughing and shaking hands. Packages labeled Lagos, Nigeria, piled up on the curb.

Eventually, Njubigbo went back to Nigeria. But he saved for another trip and returned to Guangzhou this week.

Nina Porzucki is NPR's Above the Fray fellow. During her fellowship, she traveled to Guangzhou, China, and reported on the Little Africa community for one month.