Accessibility links
Sybrina Fulton: 'I Can Wait A Year' For Justice The mother of Trayvon Martin tells NPR she has "a hole" in her heart after the death of her son, an unarmed Florida teenager who was killed in February. His shooter, George Zimmerman, was freed on bail this week and awaits trial on a second-degree murder charge. 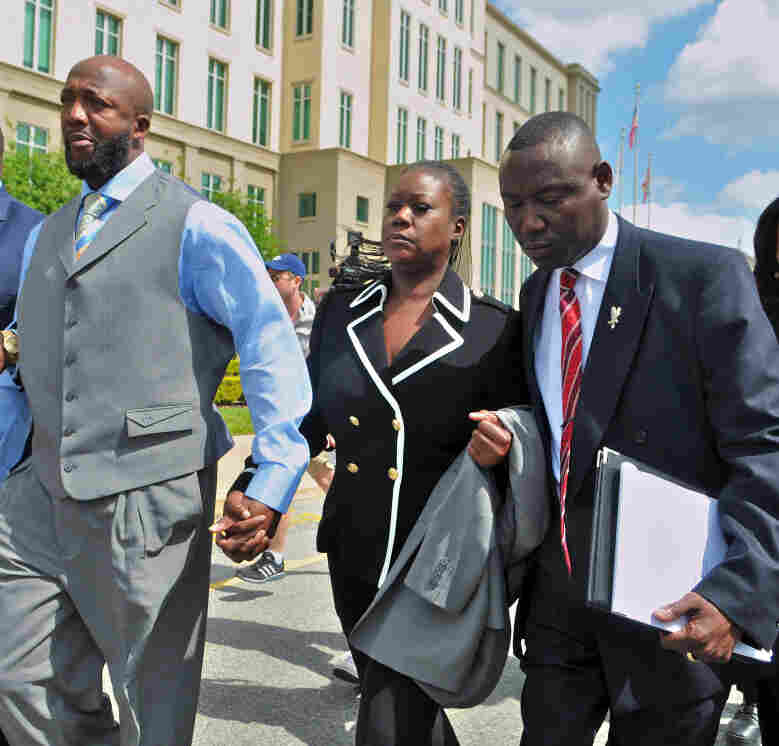 Tracy Martin and Sybrina Fulton, the parents of Trayvon Martin, walk with attorney Benjamin Crump and others as they leave the Seminole County courthouse after the bond hearing for George Zimmerman. Roberto Gonzalez/Getty Images hide caption 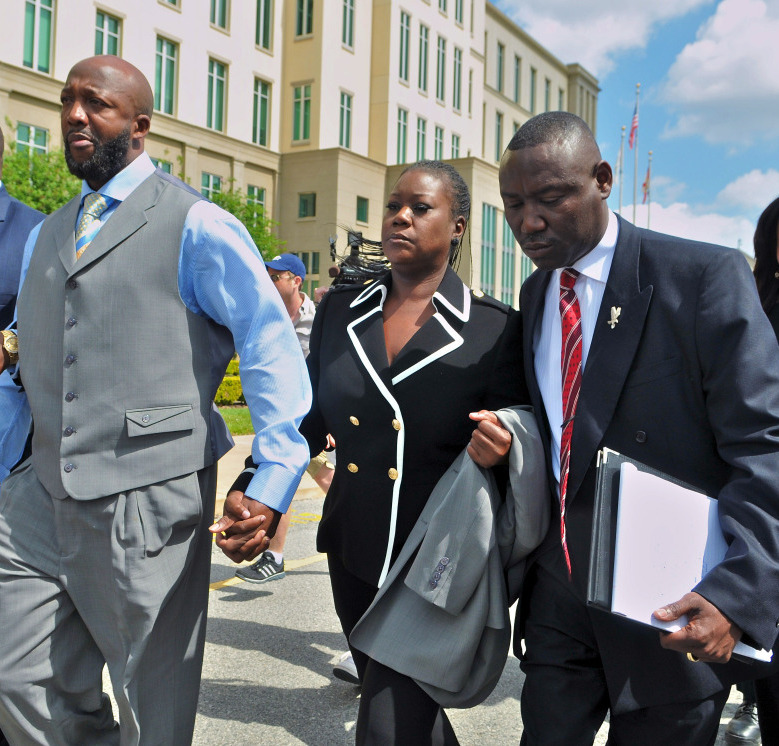 Tracy Martin and Sybrina Fulton, the parents of Trayvon Martin, walk with attorney Benjamin Crump and others as they leave the Seminole County courthouse after the bond hearing for George Zimmerman.

Days after George Zimmerman was freed on bail to await a second-degree murder trial for shooting Trayvon Martin, Sybrina Fulton, Martin's mother, says she's "willing to wait for justice to be served" in her son's case.

Speaking with Tell Me More host Michel Martin, Fulton also says that she feels like "I have a little hole in my heart. And that little hole is caused by the tragedy of Trayvon's death."

The Trayvon Martin case has sparked a national debate on topics ranging from race and teen fashion to gun control and self-defense laws, after the unarmed teenager was killed in February.

Along with Benjamin Crump, the attorney working with Martin's parents, Fulton spoke with Martin at NPR's studios. Excerpts from their interview are below.

On the police's treatment of Zimmerman:

"I feel, by him being arrested, that we are moving into the right direction. I certainly feel that he should have been arrested at the scene. But he was not; he was arrested some 44 days later. But I do think that it was justified that he be arrested."

On facing a lengthy trial process:

"If it takes me the rest of my life, I am dedicated and committed to getting justice. So, I can wait a year. If that's the process, the proper process that it has to take, I'm willing to wait for justice to be served."

On the role of race in the Martin case:

On Zimmerman's apology at his bond hearing: 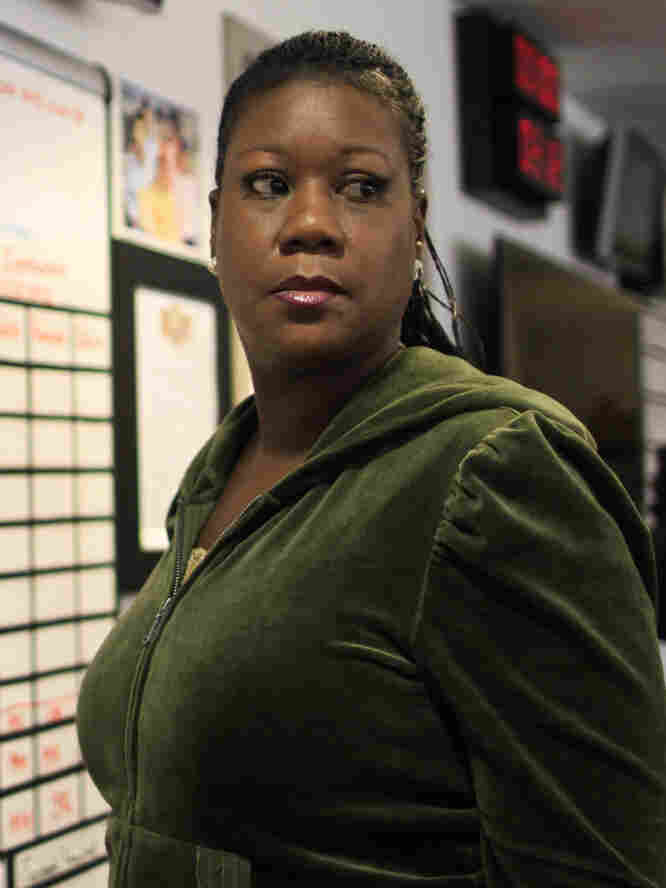 Sybrina Fulton, the mother of Trayvon Martin, appears for an interview with NPR's Michel Martin at Tell Me More. Doriane Raiman/NPR hide caption 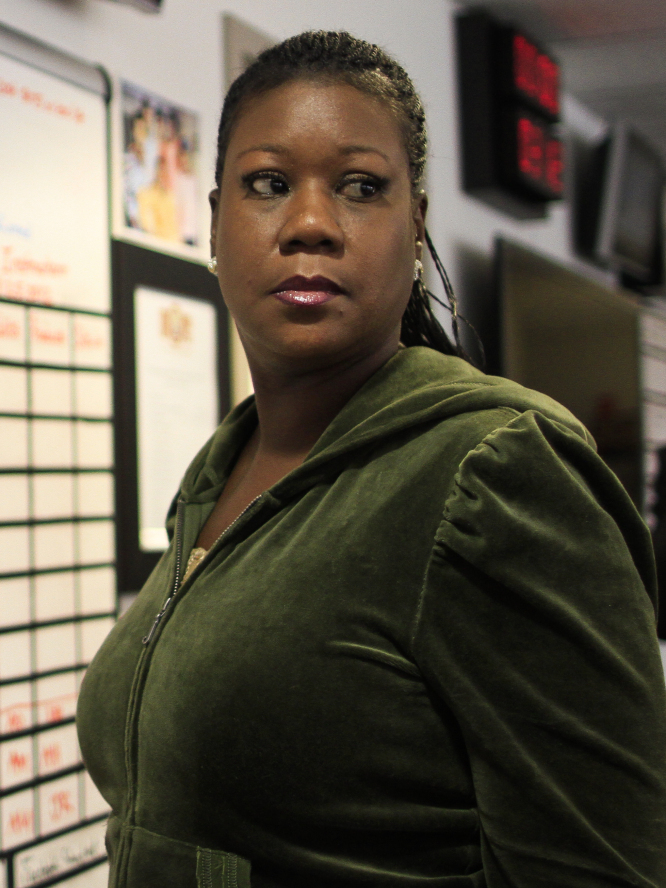 Sybrina Fulton, the mother of Trayvon Martin, appears for an interview with NPR's Michel Martin at Tell Me More.

Fulton refers the question to Benjamin Crump, who says:

"It was such an inappropriate time to do that. It was requested by his attorney right before the bond hearing — could he have a private meeting to apologize. Well, he had almost 49 days to come forward. And then on the 50th day, he comes forth and says, 'I want to apologize.'

"Well, we think that's very insincere, when you think of all the opportunities he had to apologize.

"It seems you have an ulterior motive to say I'm sorry when I'm trying to ask the judge to let me out of jail.

"... We believe, had Trayvon Martin shot George Zimmerman and the shoe been on the other foot, that Trayvon Martin would not have been given a bond."

"When we went into it, we went into it with a focus. And our focus was to get justice for Trayvon. It does help to see so many people that's supporting us ... Just to see support from other parents and other individuals that are concerned; it helps a lot."

"It probably will be a ... point in that day that I would of course think about Trayvon and what he's done for me in the past, and how I'm going to miss him in the future."