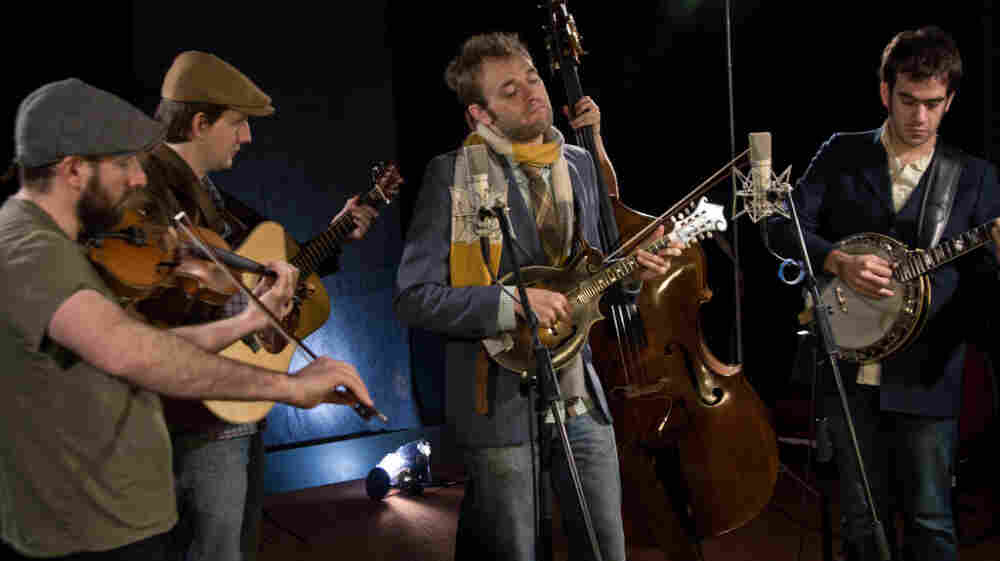 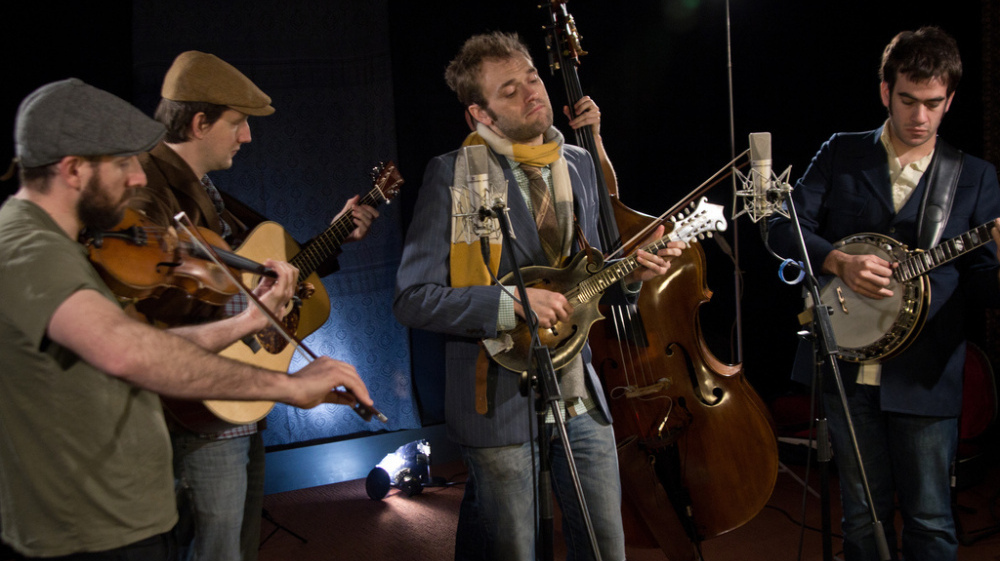 The term "string band" tends to conjure up images of rustic simplicity, but Punch Brothers' music is anything but simple. Challenging to play, it offers many subtle pleasures, from strange musical structures to opaque lyrics. (I wouldn't have known that "Movement and Location," from the band's new album Who's Feeling Young Now?, had anything to do with baseball if Chris Thile hadn't explained it to me himself.)

While you don't always need to know any given song's meaning, this session does offer a new perspective on Punch Brothers' music and process. It all adds up to a sound that engages the brain, heart and feet all at once.