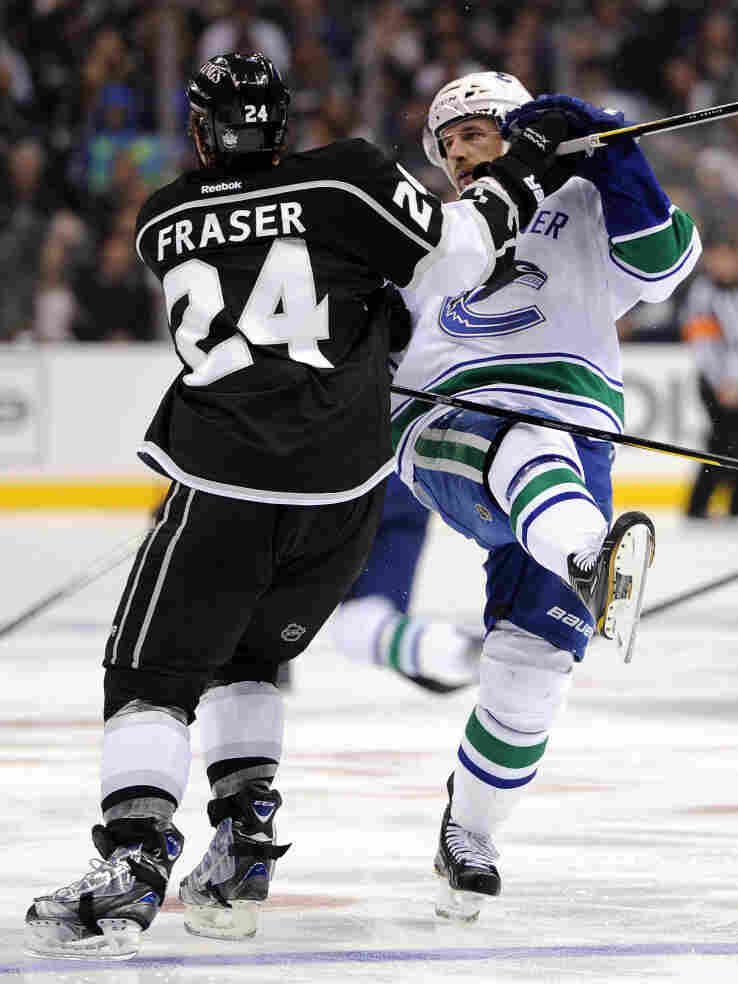 Hockey teams wearing darker-colored jerseys are more likely to be penalized for aggressive fouls than teams wearing white jerseys, according to new research. Teams wearing black jerseys in particular get penalized the most, according to an analysis that may offer a window into the hidden psychological dynamics of the ongoing NHL playoffs.

The psychologist said that teams that wore darker colored jerseys were penalized about two minutes more per game. The finding is based on an analysis of more than 50,000 NHL games over a quarter century. Players spend nearly a million minutes in penalty boxes in those games.

While the link between jersey colors and penalties is correlational, Webster said it's likely to be more than mere coincidence: A 2003 rule-change by the NHL that affected whether teams wore white or colored jerseys for home and away games allowed researchers to conduct a quasi-experiment.

Before 2003, teams typically wore white jerseys at home and colored jerseys for away games. After 2003, teams wore colored jerseys at home and white jerseys for away games. There were some exceptions, but the change in uniforms meant that the researchers could disentangle the influence of the jersey-colors on penalties from the possibility that teams were being penalized more or less depending on whether they were playing in front of a home crowd.

Why The Increase In Penalties?

It is not entirely clear what's driving the link between darker colored jerseys and increased penalties. But Webster said there could be a handful of different explanations.

— Teams racked up a total of 969,690 penalty minutes across these games.

A second possibility is that wearing dark colors somehow makes players more aggressive, which lands them more often in the penalty box.

A third possibility, Webster said, is that players were not doing anything different, but that the referees had unconscious biases against black and other dark colors.

"There is this very strong cultural association that comes through in how we think about colors in terms of white being associated with good and black with bad," Webster said in an interview. "Many of us are raised from childhood with some of these associations. And over time, we develop a kind of cognitive bias. That's been shown time and time again in social psychology."

In an earlier study, researchers at Cornell University also found a similar pattern of increased fouls among NFL teams that wore darker colors. The researchers conducted an experiment where they had high school and college students run two versions of identical football plays, wearing white uniforms in one version and black uniforms in the second version. Referees who later watched the identical version of the plays called fouls more often when the players wore black.

The research is to be published in the May issue of the journal, Social Psychological and Personality Science. Webster's co- authors are Geoffrey R. Urland of Boulder-based Toravner Research and Design, and Joshua Correll at the University of Chicago.