Accessibility links
'Ball Four': The Book That Changed Baseball Fifty years ago, a young pitcher won his first major league game for the New York Yankees. Jim Bouton went on to become a top-flight player. But he became famous, or notorious, for Ball Four, a memoir that broke the code of silence that kept what happened in locker rooms and on the road off-limits. 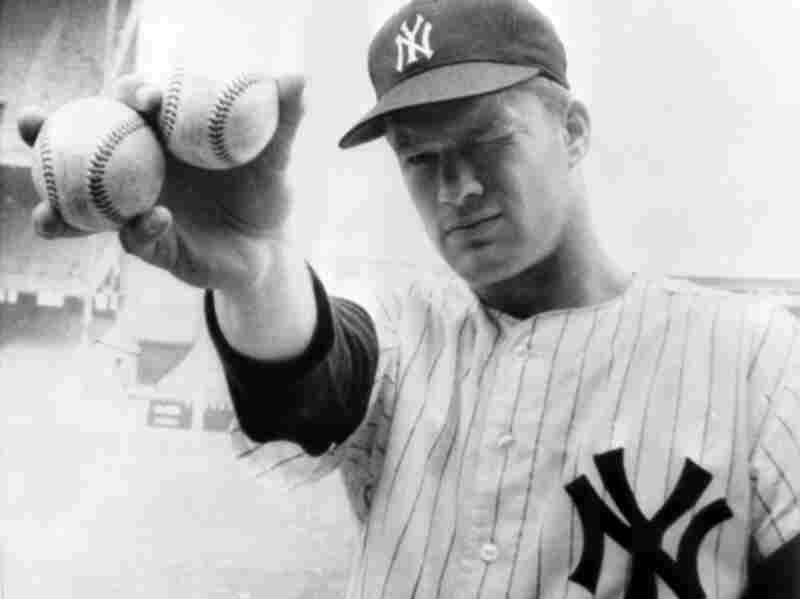 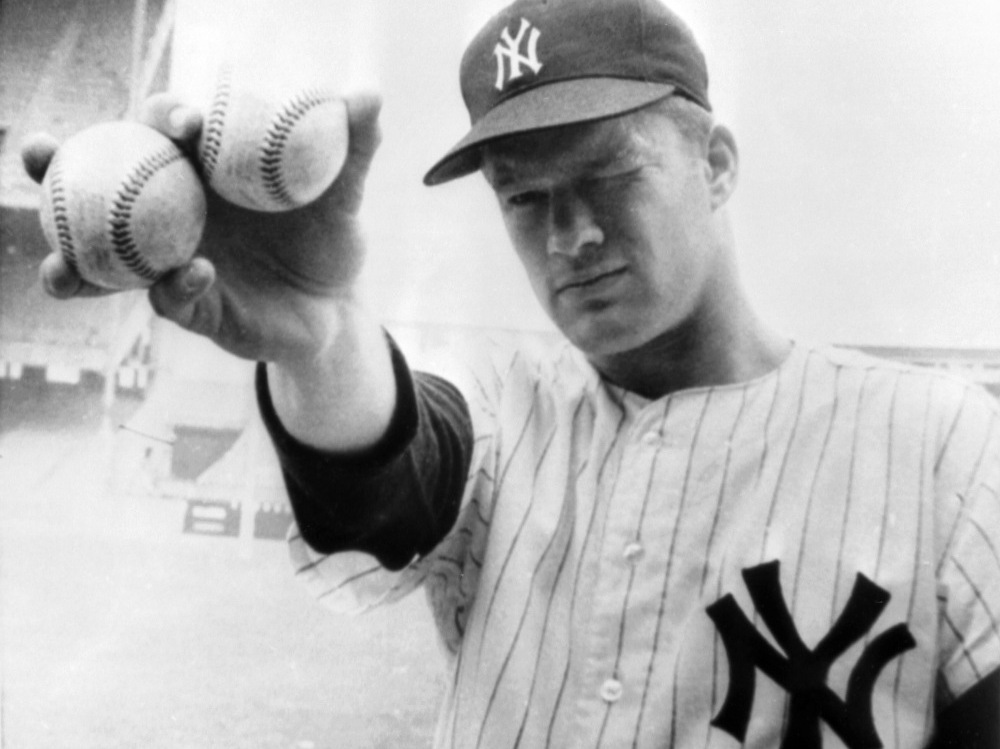 New York Yankees pitcher Jim Bouton holds two balls that his teammates hope will lead them to victory in the 1964 World Series.

Fifty years ago, a young pitcher won his first major league game for the New York Yankees. Jim Bouton went on to become a top-flight player.

But he became famous, or notorious, for Ball Four, a memoir that described the petty jealousies on the team, as well as camaraderie, raucous tomcatting, game-winning heroics, routine drug use and the pain professional athletes endure.

The book broke the code of silence that kept what really happened in the locker room, on the bus and on the road off-limits. It also contained an immortal line: "You spend your life gripping a baseball," Jim Bouton wrote, "and it turns out that it was the other way around all along."

NPR's Neal Conan talks with Bouton about the controversy that erupted when Ball Four was published, and the invention of Big League Chew bubble gum.

On his larger-than-life teammate, Mickey Mantle 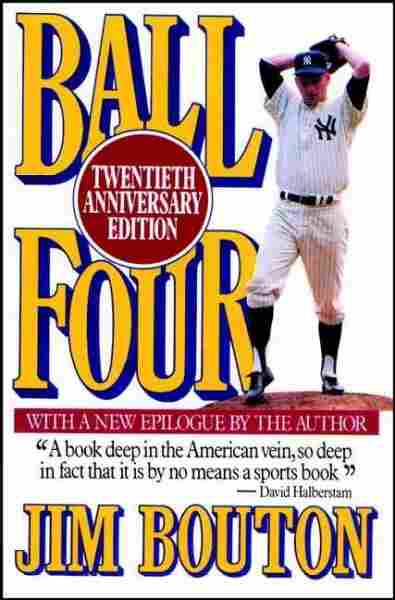 "He had enormous appetites for, you know, for everything, including competing and being the, you know, the greatest home-run hitter he could be. And he was a great teammate. Everybody loved Mickey Mantle.

"He was a practical joker, always pulling stunts in the clubhouse. My rookie year, he went around the clubhouse, and he was raffling off a Smithfield ham. He was talking about how great this ham would taste. And we all put, you know, 2 bucks into the hat or something like that, and we got a number. And then he drew the numbers, and it was my number. I don't know if this is a rookie setup or not, but I went over to his locker and I said, 'Hey, Mick. Hey, I got the winning number here. Where's the ham?' He said, 'Well, there is no ham.' I said, 'What do you mean?' He said, 'Well, that's one of the hazards of a game of chance.' "

On the controversial story he wrote about Mantle in Ball Four

"I think the big deal was, I said Mickey Mantle had a home run with a hangover. And, you know, it was more of a story about what a great hitter he was, what a great player he was.

"We have been out the night before, having a few drinks, and Mickey came to the clubhouse the next day, and he was a little hung over. So, you know, Ralph Houk said, 'Don't worry about it. Sleep it off in the trainer's room. We'll put somebody else in center field.' Anyway, the game goes extra innings. We need a pinch-hitter in the 10th. Somebody went to wake up the Mick. He comes out, put a bat in his hands. He walks up to home plate, takes one practice swing and hits the first pitch into the left field bleachers, a tremendous blast.

"Guys are going nuts. He comes over, crosses home plate. Actually, he missed home plate. We have to send him back for that. He comes over to the dugout, and he looks up in the stands, and he says, those people don't know how tough that really was. Then after the game, the sportswriter said, 'Mick, how did you that?' ... And he said, 'Well, it was very simple. I hit the middle ball.' "

"I was pitching in a bullpen with a minor league team, Class A. Guys were chewing tobacco, and they were getting sick, and one of the kids on the bench, a guy by the name of Rob Nelson, says, 'Too bad there isn't something that looks like tobacco but tastes good like gum.' I said, 'Hey, that's a great idea. Shredded gum in a pouch, call it Big League Chew, sell to it every ballplayer in America.'

"We didn't think anything more of it. The season ends, I go home, and I finally called this kid, Rob. I said, 'Hey, I think there's a business here.' I said, 'I'll put up the money. We'll hire a lawyer and see if we can sell this idea to a gum company.'

"... Big League Chew immediately was a big hit, and it's still selling after all these years, and we received a health and safety award from Collegiate Baseball Magazine for creating the first healthy alternative to chewing tobacco."

Read an excerpt of Ball Four