Accessibility links
The Gershwins: Managing A Lucrative, Much-Loved Musical Legacy In the 1920s, it wasn't uncommon for the Gershwin brothers — composer George and lyricist Ira — to have two shows on Broadway at once. This season, it's happening again. As Jeff Lunden reports. 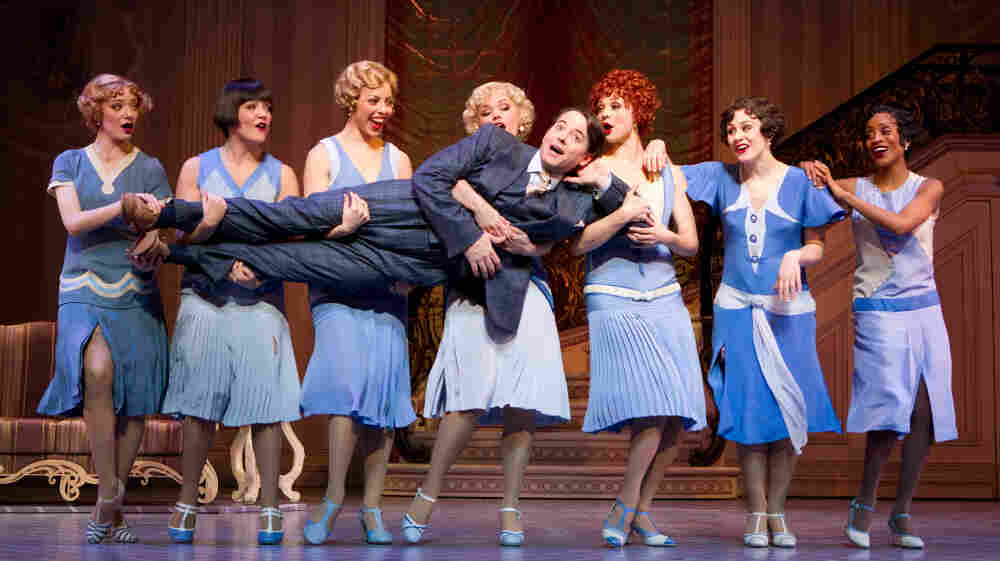 In Nice Work If You Can Get It, Matthew Broderick plays Jimmy Winter, a New York playboy of the Prohibition era. The show is at the Imperial Theatre. Joan Marcus/Boneau/Bryan-Brown hide caption

In the 1920s, it wasn't uncommon for the Gershwin Brothers — composer George and lyricist Ira — to have two shows running on Broadway at the same time. What's surprising is that this season, 75 years after George's death, it's happening again, with Porgy and Bess and Nice Work If You Can Get It.

It's no coincidence: Both shows were generated by the Gershwin estates, the nieces, nephews, grandnieces and grandnephews charged with looking after a legacy that's not only highly loved, but immensely lucrative — a multimillion-dollar-a-year responsibility.

"It's our job to search out and find uses for this treasure-trove of music," says Michael Strunsky, who is Ira Gershwin's nephew and trustee of his uncle's estate. "And both the George Gershwin family and the Ira Gershwin family take this responsibility very seriously."

That responsibility involves stewardship of the Gershwins' artistic legacy, but it's also a business. Strunsky, who used to be in the construction industry, says sometimes the estates make decisions to license Gershwin songs for films or ads — remember that United Airlines TV campaign that featured "Rhapsody in Blue"?

The two shows now on Broadway come out of that same desire to keep the Gershwin legacy in the spotlight.

Although Porgy and Bess premiered on Broadway in 1935, its main home has been in the opera house, where the uncut version runs almost four hours. 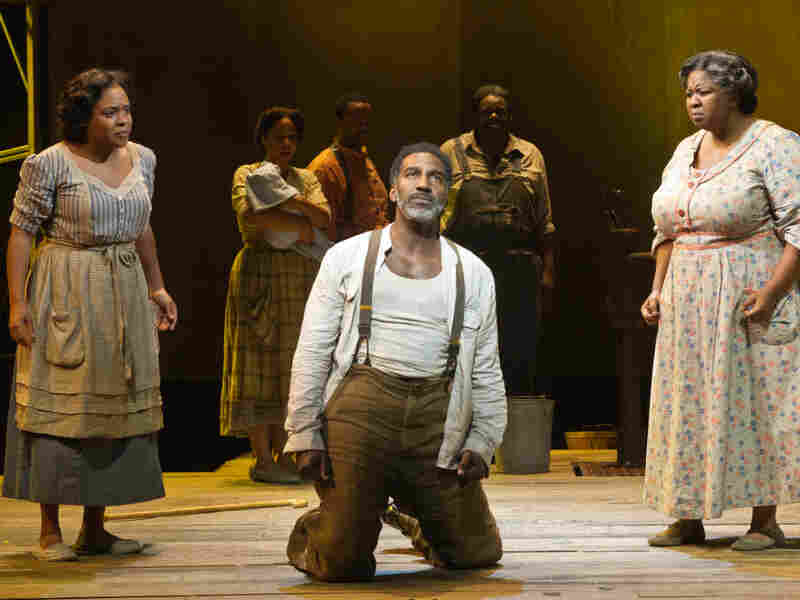 The Gershwin estates wanted to create a Broadway-friendly version, so they worked with the estate of DuBose Heyward, who collaborated with George and Ira on the opera and authored the book it was based on. They hired director Diane Paulus, and she brought in Pulitzer Prize-winning playwright Suzan-Lori Parks and jazz composer Diedre L. Murray to adapt the opera.

Paulus says all three were given "the encouragement, from both the Gershwin and the Dubose Heyward estate, to look at the libretto and look at the characters and strengthen what is there in a way that would make the piece viable, as a musical-theater version on Broadway."

Their version of Porgy and Bess, which stars Audra McDonald, runs about 2 1/2 hours. And some significant changes have been made to the music and drama — which has caused some controversy. The reigning dean of musical theater, Stephen Sondheim, wrote a scathing letter to The New York Times before the show opened for its pre-Broadway tryout in Boston.

"It was a little bit hard when we hadn't even opened the show and we were being attacked," Paulus says, "because it felt like, 'Wait! We haven't even done it yet!' "

When the show did open on Broadway, other critics had problems with it as well. Anthony Tommasini of The New York Times points out that in the original version, "Summertime" is sung as a solo lullaby by Clara and underscores that the living is not easy in the African-American community of Catfish Row. But in this version it becomes a duet sung with her husband, Jake.

"So now it becomes a nice sentimental romantic duet for a married couple," Tommasini says. "It's nostalgic. To me it's less gritty, less modern, less contemporary, more stereotyped. That's not just a directorial touch — that's a rewriting, a complete rewriting and re-conceiving of the music."

But Ira Gershwin trustee Strunsky heartily approves of the changes. He points out that the new version of Porgy and Bess is meant to coexist with the operatic version and that, for most audience members, this will be the first time they've heard those great songs in context.

"This is the first version that has ever been truly accessible," Strunsky says. "And although everything isn't perfect, you know, the audiences express their joy every night."

'Nice Work,' With A Dose Of Romance

Make no mistake, joy is what director Kathleen Marshall and her collaborators on the other Gershwin show are going for. Nice Work If You Can Get It features bootleggers, naughty chorus girls, Matthew Broderick, Kelli O'Hara and lots and lots and lots of Gershwin tunes.

From 'Nice Work If You Can Get It' - 'Wonderful'

"The thought was that Nice Work If You Can Get It is sort of a Gershwin comedy fest," Marshall says. "So it feels like that kind of wonderful, sort of absurd screwball comedy from that era, but then hopefully with a nice dose of romance and heart, at the same time."

The show is partially the brainchild of Strunsky, who saw a version of the Gershwin brothers' 1926 musical Oh, Kay! done in San Francisco almost 20 years ago. He persuaded the other heirs to hire playwright Joe DiPietro to write a new libretto, which has since morphed into something almost entirely different.

As with the current version of Porgy and Bess, director Kathleen Marshall says the team on Nice Work was given broad latitude by the estates to do as they pleased.

"They basically gave us permission to use everything in the Gershwin catalog," Marshall says, "except for Porgy and Bess and Of Thee I Sing, which of course is kind of its own complete show."

Strunsky says the Gershwin estates will soon be watching over another project — a stage adaptation of the 1951 film musical An American in Paris.