Accessibility links
Brain Injury Gives Man A Second Chance To Be Kind Before Marco Ferreira had an accident that left him in a coma for six weeks, he was known for his sarcasm and quick wit. Kids bugged him. Now, he says, he has a "second chance to be good." 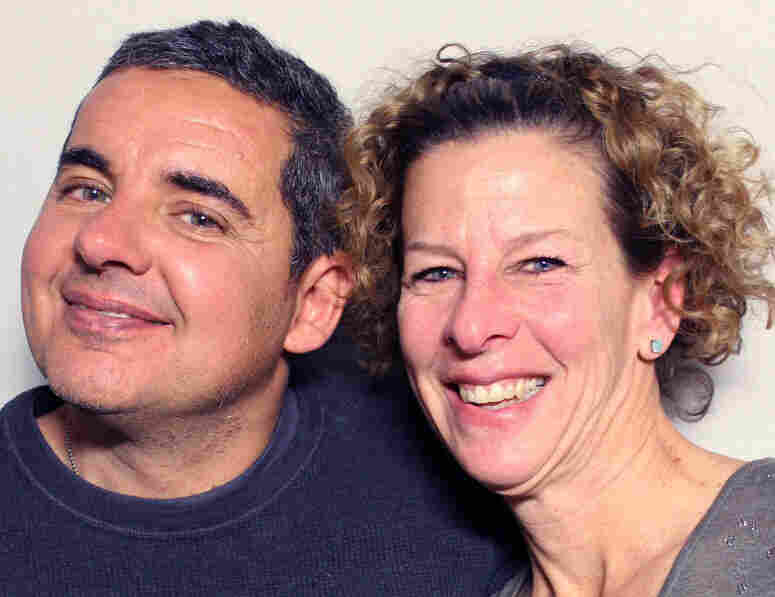 Marco Ferreira and Wendy Tucker talked about life after his accident and injuries, during a visit to StoryCorps in San Francisco. StoryCorps hide caption 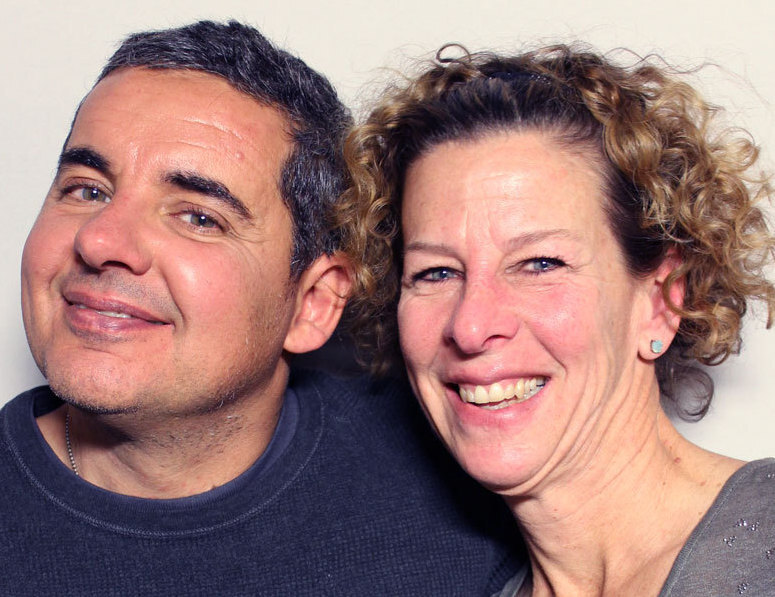 Marco Ferreira and Wendy Tucker talked about life after his accident and injuries, during a visit to StoryCorps in San Francisco.

Four years ago, Marco Ferreira was riding his motorcycle down an isolated road in Los Angeles when he hit some grout and had an accident.

Though he was wearing a full helmet, leather pants and jacket, Ferreira suffered a traumatic brain injury.

When he woke from a six-week coma, his wife, Wendy Tucker, was there.

"You didn't walk, you didn't talk, and you couldn't feed yourself for seven months," she says during a visit with the 48-year-old Ferreira to StoryCorps in San Francisco. "Since then, it's just been getting better all the time."

But Ferreira, a former lawyer, remembers nothing from the time of the accident and doesn't feel like he's getting better.

"My mind, I feel, is so damaged; it's kind of made my life very hard to live, really," he says. "I tried to commit suicide, because I thought that I'd lost so much of my life, why be alive? Why? So I took a drug overdose, but you took me to the hospital."

You saved my life, and you're still saving it. Every day you save it.

When the 52-year-old Tucker asks her husband if he's sorry she saved his life, however, he says no.

"You did the right thing," Ferreira says. "You saved my life, and you're still saving it. Every day you save it."

Tucker, who is also an attorney, reminds her husband that before the accident, he was slightly sarcastic.

"You were always the guy known for the quick wit," she says. "Do you feel that now you're kinder in some way than you were before?"

"Absolutely, I am," Ferreira tells his wife. "Absolutely."

"They bugged me before," he says with a laugh. "All kids bugged me before the accident, that's the weird thing. I wouldn't even invite people to our house because they have kids, for Christ's sake. I wouldn't do it. And now, I love my nieces. I love those girls.

"This is my second chance to be good and kind," Ferreira says. "Thank you very much for all your love."

Ferreira and Tucker have been married since 2001.