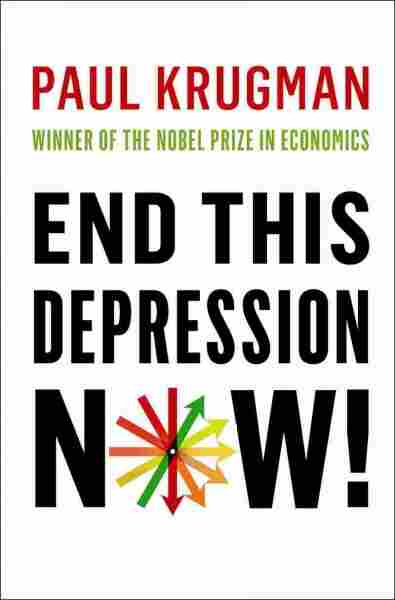 In his new book, End This Depression Now! Paul Krugman states that the U.S. is in the throes of a depression — not merely an economic crisis. The New York Times columnist and Nobel laureate argues that Keynesian economics got us out of a much worse depression in the 1930s, so if we were to follow Keynesian prescriptions now, we could get out of this one too.

Krugman says he uses the term depression to describe today's economy because "it's qualitatively similar to the Great Depression." He tells NPR's Robert Siegel, "It is a sustained period of really lousy economic performance and an enormous amount of suffering."

Krugman worries that we're becoming accustomed to this reality. "We've kind of settled into the notion that this is the new normal," he says. "But it shouldn't be. And it's not something we should accept."

In End This Depression Now! Krugman excuses 1930s policymakers for fumbling their way out of the Great Depression. There simply was no track record of successful policies for pulling out of such an entrenched depression.

But now we know what works, says Krugman. Which is why he became so frustrated when Democrats pushed through a stimulus package he believed was far too small. "I, among other people, was screaming at the time, tearing my hair out very publicly in the Times," he says. "We had an epochal financial shock ... and we responded to it with a policy that was really quite modest — that was not nearly enough to offset that shock."

Krugman says that if he could make economic policy by fiat, he would start by rehiring all the public sector employees who were laid off in the past four years. "Normally state and local employment grows with population," he notes. "Instead it has shrunk by 600,000 over this period. So if we were to simply rehire those fired schoolteachers — go back to the kind of employment that we should've had on a normal track at the state and local level — right there we could add well over a million jobs. And before you know it, we'd be back to something that felt a lot more like prosperity." 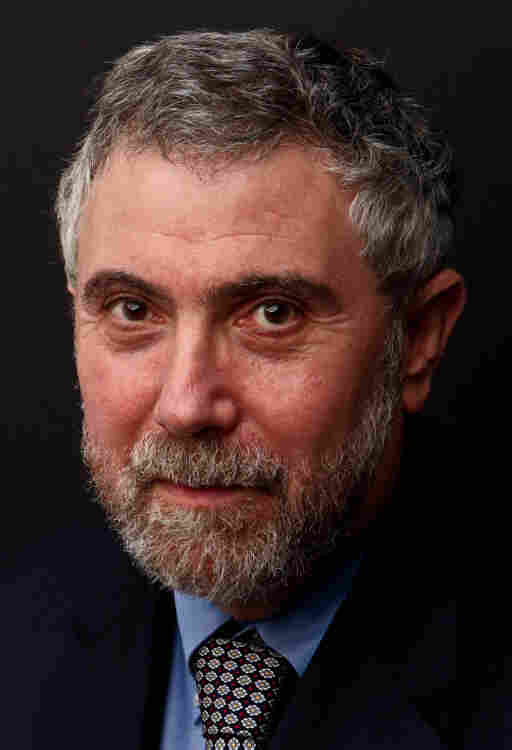 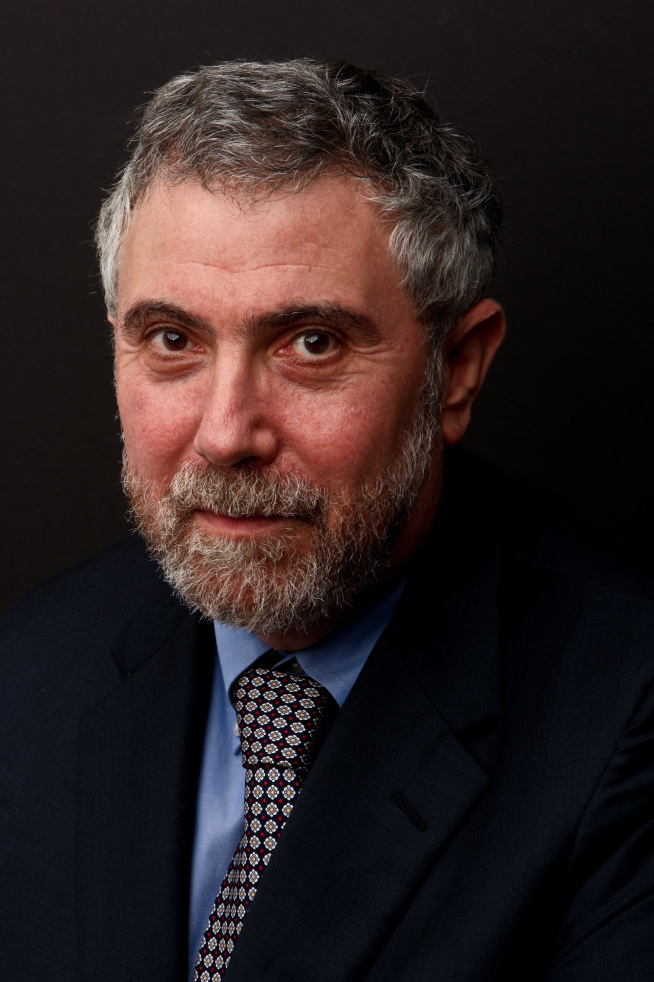 Paul Krugman is a columnist for The New York Times. His previous books include The Great Unraveling and The Conscience Of A Liberal.

However, Krugman's critics are troubled by how such policies would affect the growing deficit. Krugman says that borrowing now is good economic policy because interest rates are so low, but conservatives wonder when exactly Keynesians like Krugman plan to address the federal government's mounting debt.

He responds by pointing out that he was vocally concerned about measures that increased the deficit back when the economy was in better shape. "When Bush was pushing through his tax cuts and his unfunded wars, we were the people saying don't do that," Krugman says. "The same people who were blithely unworried about deficits back when deficits really were a bad thing are now the ones who are crusading against deficits now, except not if it means increasing taxes on rich people."

Though Krugman thinks the solution to our current depression is simple economics, he concedes that politics is never simple.

"It would be nice if we had a political system in which important figures from both parties understood textbook macroeconomics, because that's all we're talking about here," he says. "The odd thing is I'm not a radical. I'm actually calling for believing your Econ 101 textbooks and acting on what they say."

Mustering the political will to extract the U.S. from its worst economic downturn since the Great Depression won't be easy. But, Krugman says, "that's not a reason to stop trying to get the truth out there."

On austerity at the state and local levels

"Particularly since the stimulus such as it was has expired, what we've actually had is a lot of fiscal austerity. If you include the state and local governments — which you should — then what we've actually had is a record-breaking decline in government payrolls, a really major drag from governments cutting back rather than expanding. So, people have said about the 1930s that Keynesian policies didn't really work because they weren't really tried, and that applies with extra force to this depression."

On when the federal government should address its deficit

"If you get to the point where the economy is strong enough that the Federal Reserve is starting to raise interest rates so as to avoid an inflationary overheating, that's a time when you can in fact start to do some fiscal austerity and it won't cause higher unemployment, because the fed can simply put off those interest rate hikes. But we're not in that situation now."

"We're in a situation now where the interest rate is zero, which means any austerity policies — any cutbacks in spending — just lead to unemployment. They actually do very little to reduce the budget deficit. They probably make the long-run fiscal position worse. Once the economy is recovered enough, then you'll find me turn into a fiscal hawk, but not now."