Accessibility links
Movie Interview - Lawrence Kasdan, Meg Kasdan Discuss 'Darling Companion' Lawrence Kasdan, who's known for The Big Chill and Grand Canyon, has directed another boomer-centric comedy in Darling Companion. Pat Dowell talks with star Kevin Kline about his role, and with Kasdan and his wife and co-writer, Meg Kasdan, about the real-life experience that inspired the movie. 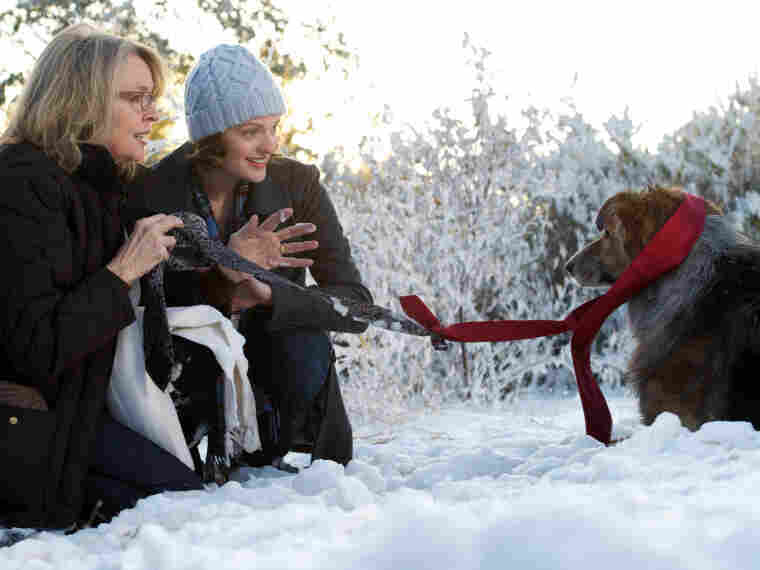 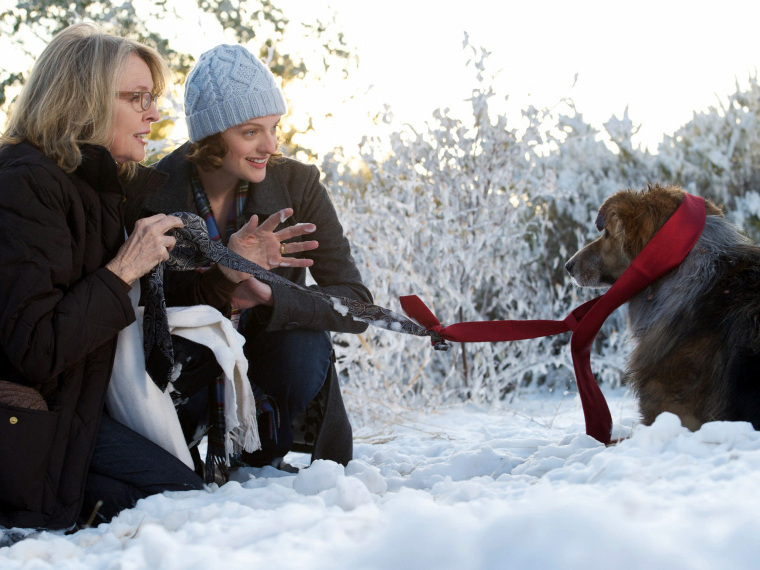 Beth (Diane Keaton) and her daughter (Elisabeth Moss) rescue an injured dog from the side of the highway. Beth's husband (Kevin Kline) later loses the beloved pet, an event co-writer Meg Kasdan says is inspired by a real-life incident.

Lawrence Kasdan became famous for writing the blockbusters The Empire Strikes Back and Raiders of the Lost Ark, but he went on to a successful directing career with high-profile films like Body Heat, The Big Chill and Grand Canyon.

His latest film, and his first in nine years, is Darling Companion, which Kasdan wrote with his wife, Meg. The film was her idea.

"We had lost our dog in the mountains in Colorado," Meg Kasdan says, "and after we found him, we started telling our story to friends, and people would listen intently. ... I started to tell Larry that we should do this, and he said, 'No, no I don't want to do that kind of thing.' And it took me about a year to talk him into it."

Her husband wanted to make something with a "harder edge." Lawrence Kasdan says he was worried about the autobiographical part of the story — even though in real life it was a friend who had lost track of their dog. Meg finally convinced him with one sentence:

"Wife loves the dog more than the husband, and then the husband loses the dog," he says. "Suddenly the movie opened up to me. I thought it was a great opportunity to talk about all kinds of relationships and companionship."

In the movie, the couple, played by Kevin Kline and Diane Keaton, seem settled into their decades-long marriage — until she rescues a dog from the highway and brings him home. The dog wins the husband over, but then one day while the couple is at their vacation home in the woods, Kline's character doesn't have a firm grip on the leash and, well, the dog runs off. That he was on his cellphone not paying attention might have had something to do with it.

Meg Kasdan says the husband's personality was inspired by the surgeon who performed her back surgery just before she and her husband began writing. She says she liked the surgeon, but "we could see that there are certain qualities in people who do big jobs like that — and I include movie directors — who have a way of thinking about the world with them at the center."

Kevin Kline says the film explores how, in long-term relationships — or even short-term ones — couples' misunderstandings and judgments of one another can close doors instead of opening them.

"He's impatient with his wife, and he's built a case [in his head] against her," Kline says. " 'She flies off the handle too easily, and she's not rational.' He's cast himself in the role of the rationalist."

Darling Companion is the sixth time Kline and Lawrence Kasdan have worked together.

"I love playing guys who are flawed," Kline says, "and Larry keeps writing them for me, and I hope he continues." 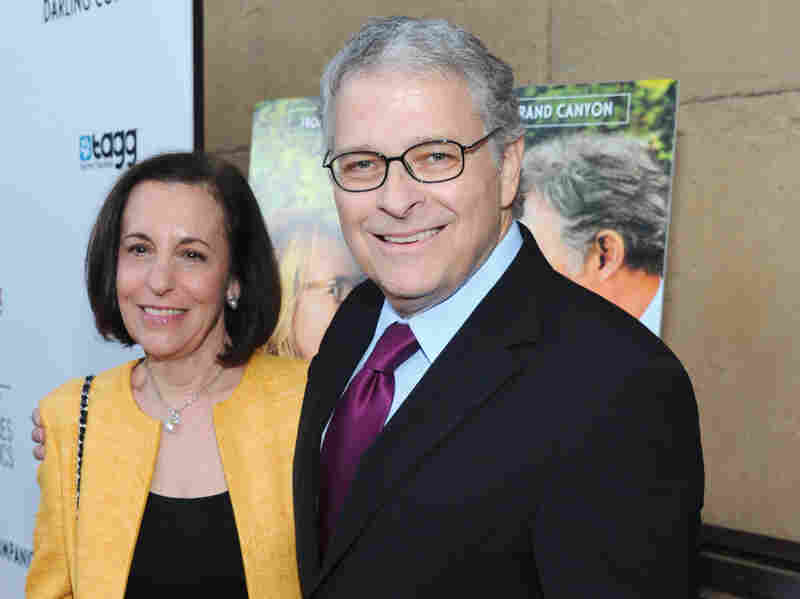 Since Kasdan made Darling Companion as an independent production, Kline, like the other Oscar-winning actors in the cast — Diane Keaton and Dianne Wiest — were paid union scale, far less than they could command on a studio picture. But this film came together on a budget of just $5 million, and Kasdan is grateful for the stars' support.

"[It's] kind of heartening that everybody jumped onboard when there was so little remuneration, and they had to leave their homes in New York and Los Angeles and come to Utah for six weeks to work in the wet and the cold, simply based on the fact that they liked the script," Kasdan says.

Kasdan didn't even offer the script to the studios; he says they're not interested in making movies like this anymore.

"They used to make movies that were about people, and about emotions and about commitment and love and relationships and life. And those have become very hard to get made in Hollywood. It's the fact."

Kasdan seems to be a reluctant indie filmmaker; such films often don't get widely distributed. Darling Companion is playing in New York and Los Angeles, and will gradually open in other cities. Kasdan says he knows people will see it on cable, streaming and DVD.

But "there's still the desire to have everybody in the country seeing your movie on one weekend," he admits. "I've had that, and it feels good."

So far the reviews are lukewarm, with some critics pointedly mentioning the age of the actors, or searching for senior-citizen adjectives like creaky or arthritic to describe what they don't like. Meg Kasdan has an answer for them.

"Yes, Hollywood loves youth," she says, "and it's tough, especially, to do a movie like this about people in their 60s. But there's still a lot of us out there."