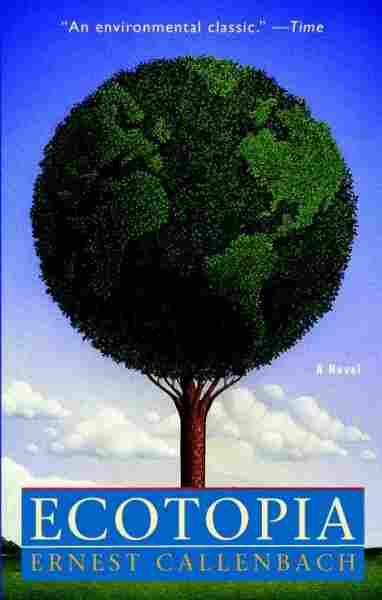 There was news this week that Ernest "Chick" Callenbach had died. His 1975 cult-classic, Ecotopia, was beloved by environmentalists and science fiction fans. Originally self-published, it went on to sell more than a million copies in many languages. The utopian novel, which imagined a new nation made up of Northern California, Oregon and Washington state, is told from the point of view of a visiting reporter from the United States.

When Ecotopia came out, I was hosting an early-morning radio program, "The Hour of the Wolf," on WBAI-FM, a Pacifica station in New York City. At that time, the ecology movement was new — the first Earth Day had taken place only five years earlier. We had seen the earth from space. Many of us were coming to believe that planetary problems were fairly intractable, that our lives would all be somewhat compromised and that it would be difficult to live a truly moral life. The society depicted in Ecotopia wasn't perfect, but the book was moving for many of us because it imagined a way out.

I was so obsessed with Ecotopia that I read the entire novel aloud on the air (with the help of my news director). It took three weeks! I still have the recordings in a box somewhere. It's an odd book in many ways, with hot, emotional relationships and strange new technologies. I remember that Ecotopians dropped a lot of their litter on the ground, because plastics had become so biodegradable they returned to the earth quickly. Listeners called in and many loved it. In fact, when I heard about Callenbach's death today, it was on Facebook, where at least four people said they remembered the readings from back in the '70s.

Callenbach, who was also the founding editor of Film Quarterly, wrote a prequel to his book, Ecotopia Emerging. Both first editions are on my book shelves, covered in plastic. He died of cancer on April 16th at his home in Berkeley, California.

Read an excerpt of Ecotopia