Accessibility links
Garry Marshall On His 'Happy Days' Director Garry Marshall talks to NPR's Scott Simon about his career, his relationship with his own family, and his new memoir. 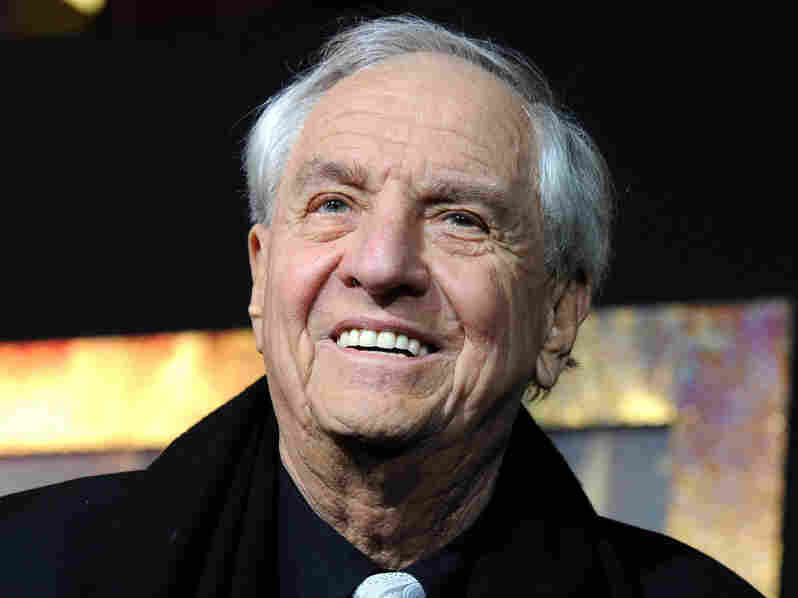 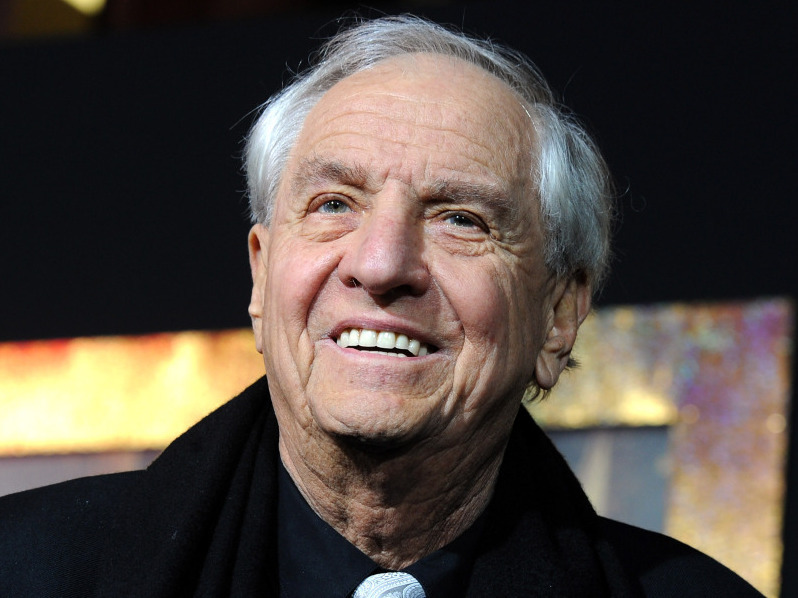 Director Garry Marshall arrives at the premiere of his film New Year's Eve in December 2011.

Director Garry Marshall has worked on so much popular comedy in his career — television like Happy Days and The Odd Couple, movies like Pretty Woman and Beaches — that something he's done has probably made you laugh. And now he's written a memoir called, fittingly, My Happy Days In Hollywood: A Memoir.

As he tells NPR's Scott Simon on Saturday's Weekend Edition, Marshall owes his entry into show business to his mother. "She said the worst thing is to be boring, when I was little," he remembers. "And I said, 'What is boring, Ma?' And she said, 'Your father.'" He calls his mother the primary influence behind his show business career and those of his sisters: Ronny, who's worked primarily behind the camera, and Penny, who is now a director but also starred in one of his most popular sitcoms, Laverne And Shirley.

Marshall has worked with so many people that it might surprise you to learn that one of the tougher personalities he's dealt with wasn't human at all. "Shari Lewis was a delightful lady," he says. "Lamb Chop wasn't so nice. Suddenly, Lamb Chop came out and said, 'Boys, you don't write so well!' ... a piece of cloth was yelling at us. It's not every day you get yelled at by cloth. But we learned that funny people seem to have quirks."

Those quirks in comedy also leave open the chance for serendipity, like when Happy Days suddenly acquired a new star in Henry Winkler's Arthur Fonzarelli. Marshall says the character grew with Winkler's development of his peculiarities. Some of those "aaaay" and "whoa" sounds that made Fonzie so famous, it turns out, were additions from the actor. "And then slowly, he became Richie's best friend, and the character developed, and it went on." 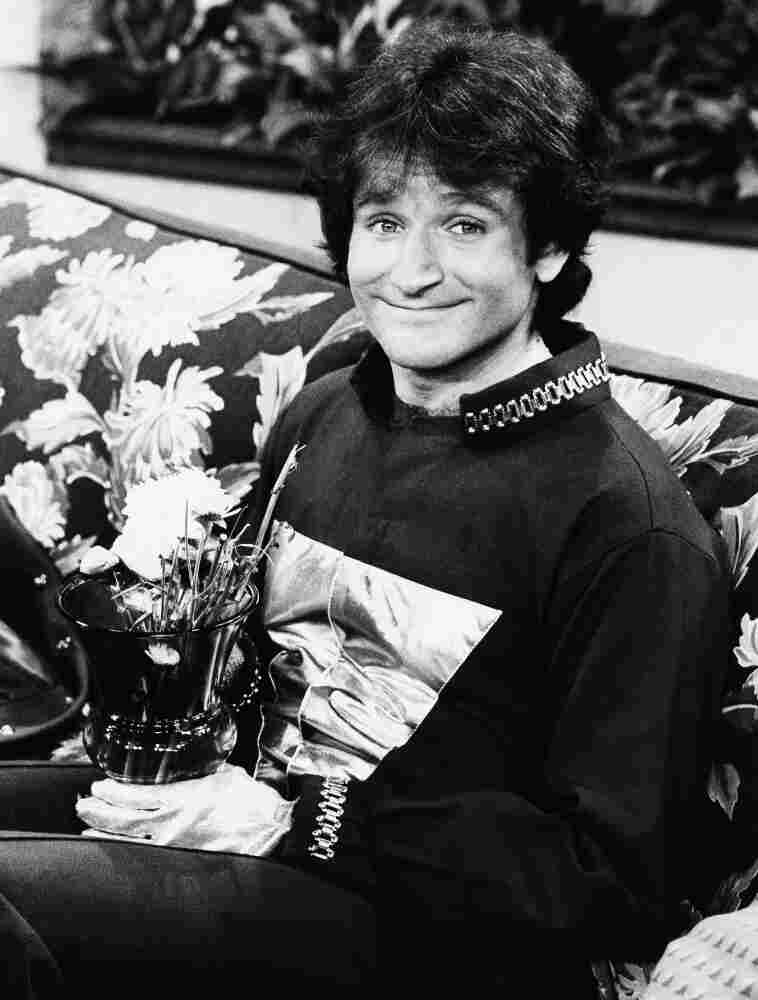 But another breakout character, Mork from Ork, who showed up on Happy Days before getting his own show, was inspired inside Marshall's own home. His daughters loved Happy Days, he explains, but his young son wasn't interested. Why? "There are no space people," Marshall remembers his son complaining. The show being set on ... well, Earth, and in the '50s, it wasn't immediately obvious how to make it happen. So Mork's appearance was a dream sequence at first. And then came the show Mork And Mindy, which made Mork — played by a very young Robin Williams — real. "The dream was so funny, it suddenly wasn't a dream anymore," Marshall says. Chalk another one up for something Garry Marshall believes is often a smart place to start in entertainment: "Please the people in your house."

Surprisingly enough — or maybe not — one of Marshall's tougher working relationships was with his own sister Penny, when she starred in Laverne And Shirley and had lots of ideas to improve the show. "It was the toughest show, or project I ever did, was Laverne And Shirley," he says, "mostly because it's my sister, and you can't hide from your sister." Her suggestions, he says, would make the show better, but as she became more and more successful, their relationship wasn't simple. "Suddenly, she was Laverne and she was in the number one show. And it was difficult for me, because I do, as I said in the book, pride myself on being able to make people happy. And the one person I couldn't seem to make happy was my sister Penny, on Laverne And Shirley." 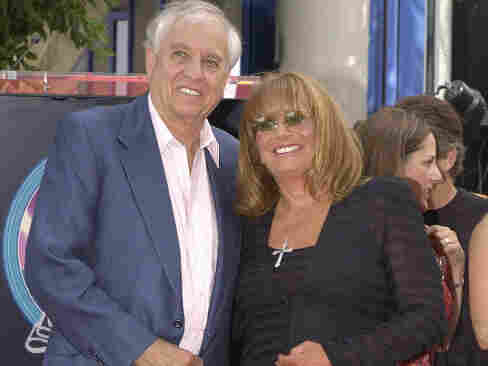 Director Garry Marshall and sister, actress-director Penny Marshall, seen here in 2004 when she received her star on the Walk Of Fame. Vince Bucci/Getty Images hide caption 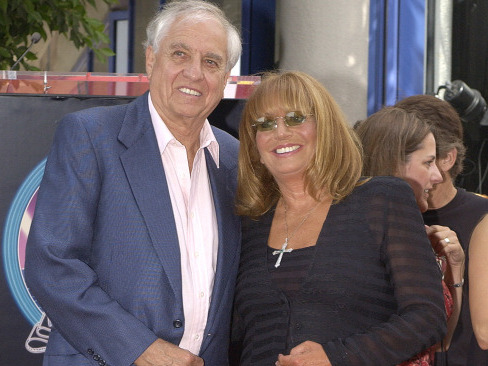 Director Garry Marshall and sister, actress-director Penny Marshall, seen here in 2004 when she received her star on the Walk Of Fame.

He has, however, made lots of people happy, including those who love his 1990 comedy Pretty Woman, which didn't even have a happy ending until he figured out how to give it one. "We didn't really have an ending," he recalls, "until I figured out that we were doing a fairy tale." That meant, Marshall says, a climactic and heroic climb up the tower to rescue the princess. But, of course, there was a twist: "When you do it with a guy who's a director from the Bronx, he climbs up the fire escape."