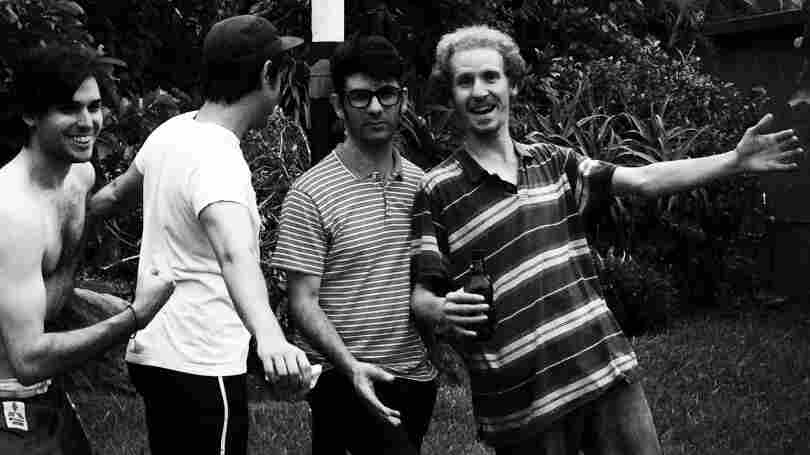 The members of Royal Headache are excited for you to hear their new album. Leah Horikx hide caption 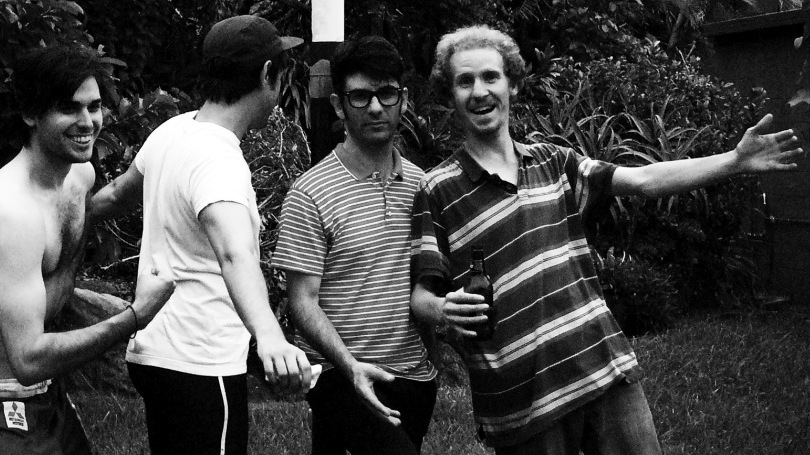 The members of Royal Headache are excited for you to hear their new album.

A lot of contemporary rock doesn't exactly conjure images of pit stains and stage dives. There's the Up With People sound (Arcade Fire, Mumford & Sons, Of Monsters and Men), the waterworks crowd (Bon Iver, Patrick Watson, Sharon Van Etten), and a bunch of smart kids playing with drum machines. That's all well and good, of course, but it's hard to imagine any of them hanging with Keith Richards in Villa Nellcôte.

Royal Headache, a fearless foursome from Sydney, Australia, would have fit in just fine in the south of France. The band's self-titled debut, out May 8, is an unabashed throwback to an era full of blue-eyed men copping and caffeinating the moves of Motown and Memphis, when rock stood in awe of soul music's ecstasy and agony. The album even sounds 40 years old, thanks to the raw production of Eddy Current Suppression Ring's Mikey Young.

But don't confuse sounding old with lacking immediacy; these two-minute garage-rock gems have the metabolism of a jackrabbit. Lead singer Shogun begs, pines and proselytizes through a swarm of guitar overdrive and clanging cymbals, giving shape to what Julian Casablancas might sound like if he'd ever struggled a day in his life. It's not always easy to make out his message amid the din, but when lyrics click, they hit hard, as in "Never Again" ("Don't tell me I ain't Romeo / I hope that she will never know") and "Honey Joy" ("I'm much too old to be a good boy").

That last line resonates throughout Royal Headache. These guys channel a time when guitars came equipped with bad habits and lust sprang eternal. It's no wonder The Black Keys tapped Royal Headache as an opening act on tour this fall.