Accessibility links
Life 'Up On The Divide' Lures A Songwriter Out West Singer Martha Scanlan discusses the scenic inspiration behind her first song, and the homesteading roots she's formed in Montana. 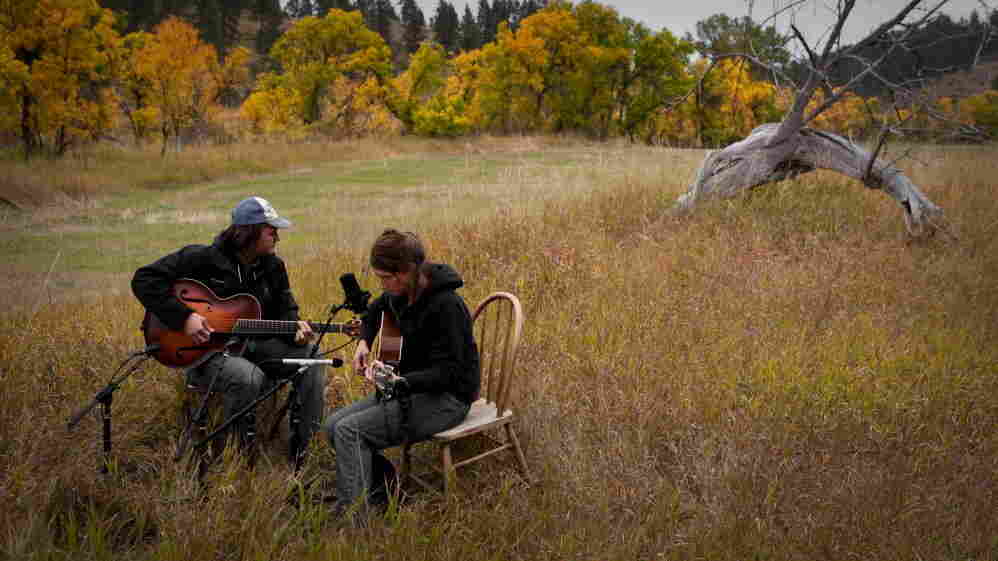 Martha Scanlan performs with Jon Neufeld in a meadow at the ranch where she works. Dawson Dunning/Courtesy of the artist hide caption

For singer Martha Scanlan, the inspiration for the first song she ever wrote came on a trip to eastern Montana about 10 years ago.

"I had come out to this ranch for the first time to play at my friend's wedding," Scanlan says. "But I was so struck by the place, and I think I was just painting pictures of what I was seeing."

Even after she left, the place pulled at her for years — until she finally decided to make it her home.

"I was writing about things I didn't understand yet, I guess is the strange thing," she says. "Like how much the work ties you to the land, and all the stories that the work tells. There's one verse that says, 'Oh Charlie, he sold out and he lost everything / A '52 Chevy and a Navajo ring / Busted flat broken and split open wide / And the springtime's a comin' up on the divide.' "

Scanlan has now lived in Montana for 2 1/2 years. She says she spends a lot of time with her friend Irv, an octogenarian who lives on the same ranch where his grandfather homesteaded.

"I feel so genuinely blessed to have someone who's a friend and a teacher, and a very patient teacher," Scanlan says. "And that's the other thing about it — the importance of preserving agricultural lands like this, and that kind of heritage is that there's knowledge that people only gain by doing the work."