Accessibility links
Three-Minute Fiction: Thups She closed the book, placed it on the table, and finally, decided to walk through the door. She opened it just a crack first. Thankfully, it was still too early for thups. But Emma knew that the day would come soon. 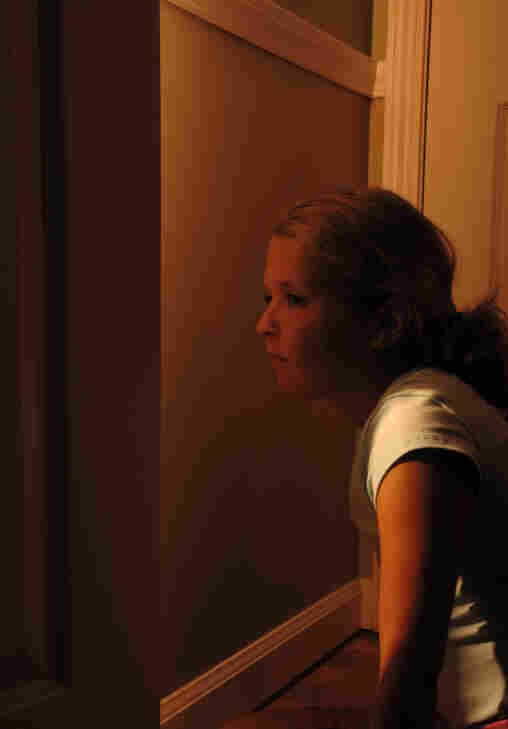 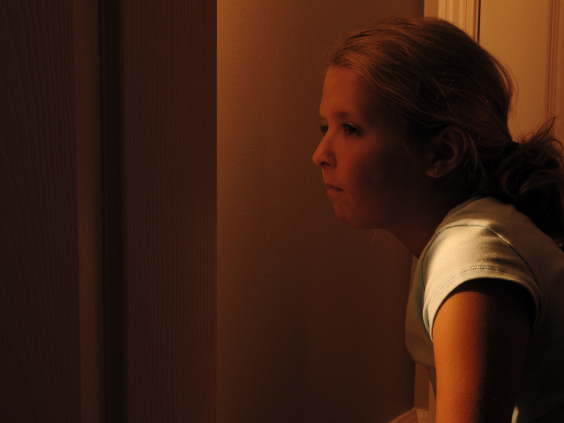 Peeping through the door crack.

She closed the book, placed it on the table, and finally, decided to walk through the door. She opened it just a crack first. Thankfully, it was still too early for thups. But Emma knew that the day would come soon.

Standing on her front porch, she scanned the horizon for any sign of the shimmering red insects. Then she waved to her neighbors and hurried down the street, listening to the chatter about the imminent arrival of thups. The owners of the neighborhood cafes were busy lugging their patio furniture inside, and people everywhere were sealing their windows and doors.

The residents of the island city of Costa del Sol were never friendlier than they were during the days of anticipation when they gathered together to sip cinnamon tea, smoke their slender panatelas, and tell of last year's infestation when everything was so coated with thups, one Russian immigrant swore it looked as if the town was covered with bubbling borscht — every house, office building, sanctuary and bronze statue was alive with the fluttering red bugs.

People loved to tell the old wives' tales: that thups are divine messengers, blown from God's topiary garden every year when the winds shift. Some say thup-bites caused the first orgasms to arrive on earth, though only the young thups, the nymphs, actually bite.

Every year virgins race nude through the streets on the day the first thups blow in, shouting, "The thups are coming! The thups are coming!" Islanders gather behind windows to watch the virgins run, sip champagne, and tell their own personal thup-tales, feeling communally intimate as clouds of insects descend.

But after the thups take over the town, everyone huddles inside, traveling only through the underground passages that connect every house and building in the city. After the first month of staying indoors, the people become so desperate, the only light in their lives emanating from one another's souls, they welcome near-strangers into their homes.

Men and women share thup-tales at all hours of day and night. Emma remembered one man who showed her the thup carcasses from last year's infestations. Dead thups rained from his books, china, and linens, despite all his efforts at cleaning.

Another man exhibited the thup-smears on his bedroom walls where he had swatted thups in the middle of a fever dream in which he was saving his daughter by bringing her back from the dead. He said he could still feel the touch of her small, cold hand.

Another man described how once, when he turned on the shower, wet thups like a cloud of steam filled the room, biting him in the most delicate places, and ever since that occasion, he has been an athlete in bed.

A woman said her baby was bitten by so many thups, her first word was not "Mamma," but God's first name — of course, the woman pressed the child to her breast for fear of what might happen next. (Breast milk is one of the few natural antidotes to thup-bites.)

Everyone shuddered inwardly as they listened to the tales and leaned closer, enjoying the feeling of illicit intimacy as they revealed their darkest secrets until they were clinging to one another as if for dear life, casting aside reason and restraint as if they were wool sweaters on a summer night. If only we could live like this forever, some sighed.

But when the thups left, the people returned to their natural state of indifference, wearing sunglasses and avoiding one another's glances as if they had never met, much less peered inside one another's souls.