Accessibility links
Three-Minute Fiction: Cover To Cover She closed the book, placed it on the table, and finally, decided to walk through the door. Not through the porch, she walked through the kitchen and down the steps, stepped into the shade of the pines. Hummingbirds flirting by the window shot away. 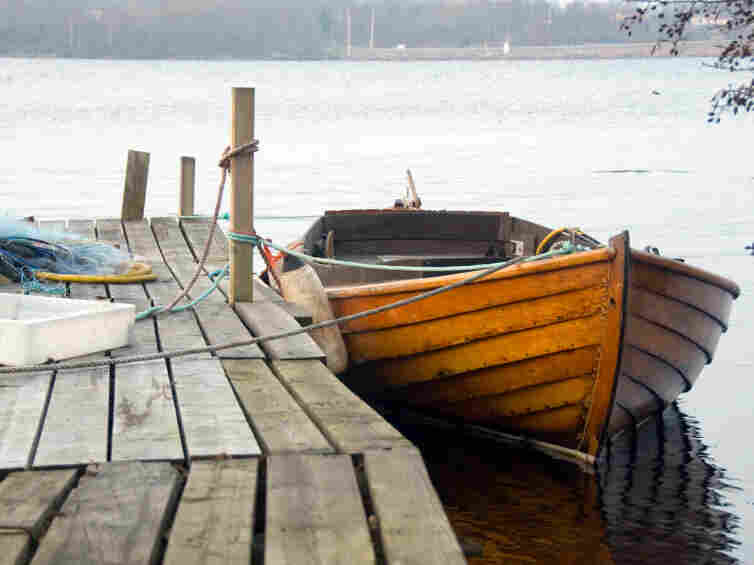 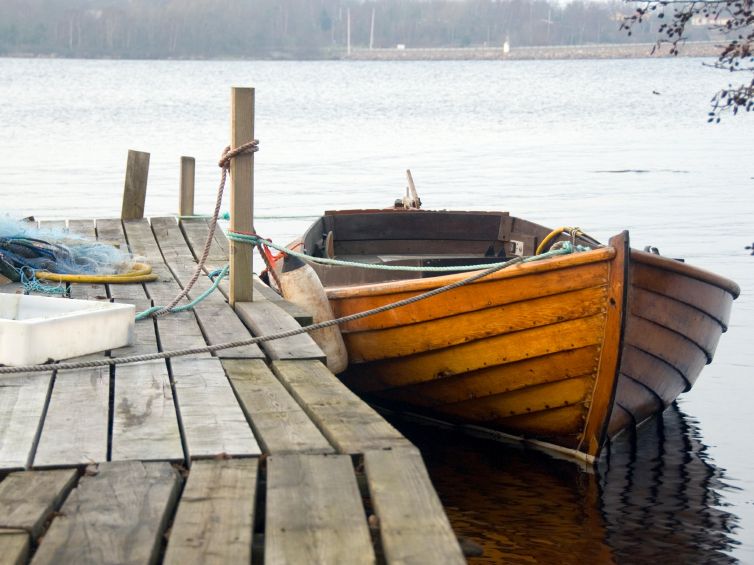 She closed the book, placed it on the table, and finally, decided to walk through the door. Not through the porch, she walked through the kitchen and down the steps, stepped into the shade of the pines. Hummingbirds flirting by the window shot away. Around the corner of the house into the sunlight and down to the dock. One foot onto the old wood and the next onto the sand she stood at the water's edge.

Wanting nothing more than to wade into the water as she always had, she looked down at the darting minnows that would tease her toes if she did. She tried to recall every moment of her life in this place. She reminded herself that it was not this place that allowed her happiness about the past and the pain that it held. She had been here most of her life. This was her heart; it would never be gone from her. The old man had been gone 30 days. It was time to go.

She mounted the dock and walked to the end. Her perch. That's what the old man called it. She would not dangle her toes in the water today. She thought about going back inside for one last look at the bookroom. That's what he called it. She grinned. They both knew it was a library. He wouldn't have it.

Years ago; before she was born, he had outgrown every university in the country he wanted to work with and came here. The old man had time for what he had time for and nothing else. Nothing had really changed for him here; other than the lack of concrete and exhaust. He had studied and taught as he always had.

The grin hadn't left her face as she thought about the tricks he must have played to bring her here after she lost her parents. Not the perfect fit for parenting. Widower. Reclusive. Living in seclusion. "Nutjob," she thought to herself and laughed aloud.

He had cared for and taught her relentlessly to the constant dismay of various doubters feigning concern for her well-being. She had received an education in every major course of study other than surgery. Nothing there other than how to clean fish.

He hadn't held her back socially; they were quiet here but not isolated. She had many friends around the lake and the townships nearby. Most were long gone to find life in the city. He hadn't taught her reclusivity. She assumed it was either genetic or osmosis but didn't care which. It was a warm blanket to be alone and she was setting it aside for now.

She did not have to leave. The old man knew what she loved; what she lived for, and he would not leave a chance she would not have it. He had willed this place, her soul, to someone else for a summer house. She would not fight to win it back. She knew who the old man was. She was leaving.

Untie the boat. Put the oars in their locks. She smiled again; they weren't squeaking today. Concentrate on the drops from the blades stroke; the fog that parts like water. There will be something more beautiful than this. She thought about the sound of the boat hitting the beach. The sound of the bus she would take. The sound of the airplane.

She thought about going back to the bookroom to check that every single one had been read, but she knew they had been. She had finished the last one as the sun came up.