Accessibility links
Chinese Activist's Escape Quickens A Quiet Diplomacy Chinese dissident Chen Guangcheng is believed to be under U.S. protection in Beijing. His escape puts both China and the U.S. in a tricky diplomatic bind, with no easy answers. 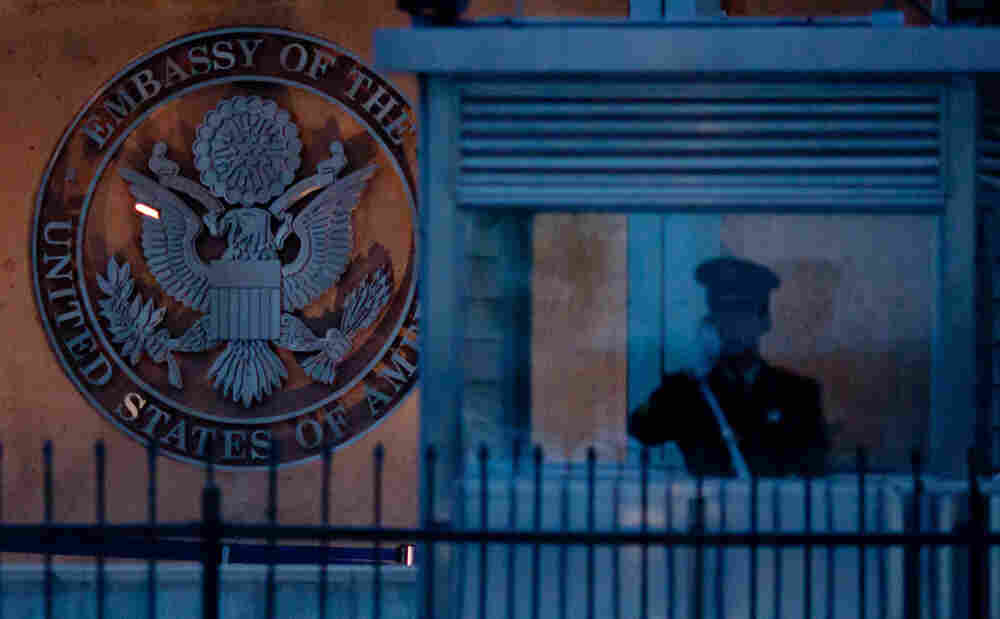 Chinese activist Chen Guangchen is believed to be under U.S. protection, possibly at the U.S. embassy in Beijing. Ed Jones/AFP/Getty Images hide caption 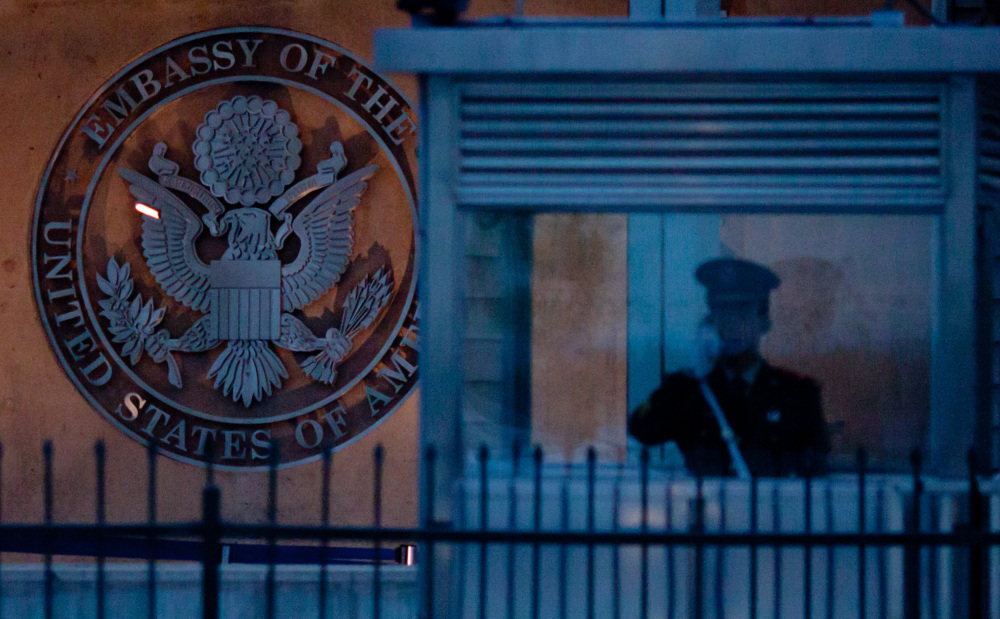 Chinese activist Chen Guangchen is believed to be under U.S. protection, possibly at the U.S. embassy in Beijing.

A senior U.S. official, Kurt Campbell, has arrived on an unscheduled trip to Beijing, apparently to negotiate over Chinese dissident Chen Guangcheng, believed to be under U.S. protection. The fate of the activist puts both China and the U.S. in a tricky diplomatic bind, with no easy answers.

Chen's whereabouts have yet to be officially confirmed, though several activists and groups with whom he had been in contact say he is under U.S. protection. There was no comment from Assistant Secretary of State Campbell as he flew into Beijing, days earlier than planned. So far, the U.S. silence is a good sign, according to Susan Shirk, a professor of Chinese politics at UC San Diego, who was a State Department official responsible for China during Bill Clinton's presidency,

"Rather than making big public statements and dramatic gestures, the United States is using quiet diplomacy," Shirk says, "which is exactly what I would think is needed at the current time."

Heightened Risk For Activists And Their Families

Chen himself has not stayed quiet. Escaping after 19 months under house arrest, the blind, self-trained lawyer on Friday released a dramatic video, describing abuses and naming the perpetrators. Chen shot to prominence after exposing illegal forced abortions by local officials, later spending four years in prison on charges of intentionally damaging private property and organizing a crowd to disrupt traffic. 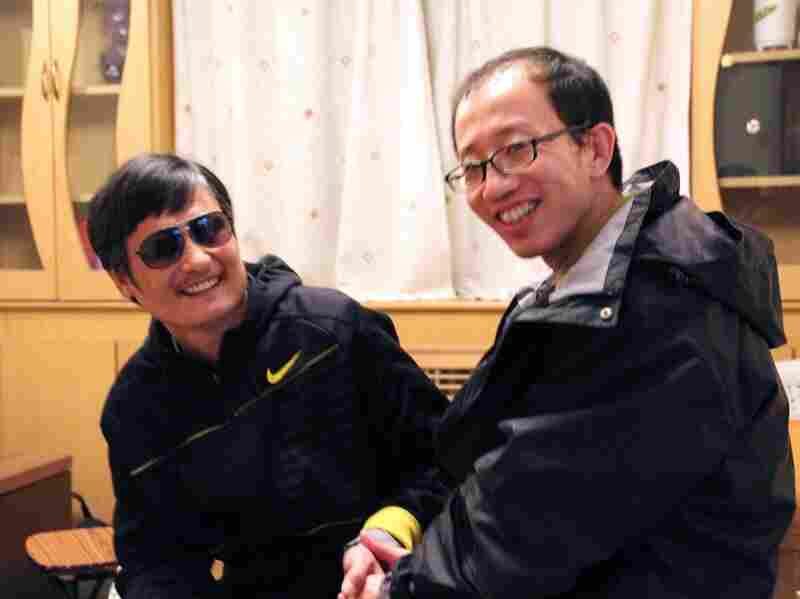 "Chen's case has become the epitome of China's human rights situation," says activist Hu Jia, who met Chen in Beijing after his escape. "The government kept lying about it, while citizens kept exposing the truth. Chen is living evidence both of violent family planning abuses and of an unimaginable crackdown on human rights."

Hu said Chen was in good spirits, but had blood in his stool, sparking fears about the state of his health. Since talking on the phone to NPR, Hu himself was detained and questioned for 24 hours before being released.

Two other supporters who helped Chen escape, He Peirong and Guo Yushan, have also gone missing, and are thought to have been detained as well. Several of Chen's relatives are also reported to have been held by local authorities, though this could not be independently confirmed.

It's not clear what Chen Guangcheng himself is seeking. Hu says he clearly expressed a wish to remain in China, rather than seeking asylum. The last precedent for such a case was back in 1989, when dissident Fang Lizhi sought asylum at the U.S. embassy in Beijing, subsequently spending a year holed up there before Beijing gave him permission to leave. But Chen's case could be more complicated still, given the number of supporters and relatives whom Beijing could use as bargaining chips.

For China's leaders, the timing of Chen's dramatic dash to U.S. shelter could hardly be worse. They're already struggling with a major domestic political scandal over the sacking of a powerful politician, Bo Xilai. Some China-watchers hope this could be a turning point.

Shortly after his escape, Chen Guangchen released a video addressing China's Premier Wen Jiabao. In this clip, he accuses officials of corruption and demands safety for his family.

"It is a major embarrassment for the local authorities, who have expended vast resources simply keeping Mr. Chen under virtual house arrest," says Dali Yang from the University of Chicago, speaking from Beijing. "For the central government, it could potentially become an opportunity. They can potentially display their commitment to the rule of law and also try to correct some of the local injustices."

But time for quiet diplomacy is limited. On Wednesday, Secretary of State Hillary Clinton and Treasury Secretary Timothy Geithner arrives in Beijing, with a high-profile delegation of about 200 officials for previously scheduled annual talks, known as the Strategic and Economic Dialogue. Back in November, Clinton urged China to do the right thing in Chen's case. Now, Shirk says, she'll have to live up to her words.

"Secretary Clinton must visit with Chen Guangcheng when she's in China," Shirk says. "It would be shameful for her to go and not to see him. I'm sure that she will. That will be a real loss of face for China. And it's conceivable that the Chinese side might interrupt the talks or cancel them because of that. But she'll have to take that risk."

Clinton's actions in Beijing will be judged as a litmus test of the U.S. commitment to human rights. How the world's two superpowers now deal with this blind dissident could test their relationship to its very limits.