Identity Crisis: Your Name Is Famous But You Aren't

Identity Crisis: Your Name Is Famous But You Aren't 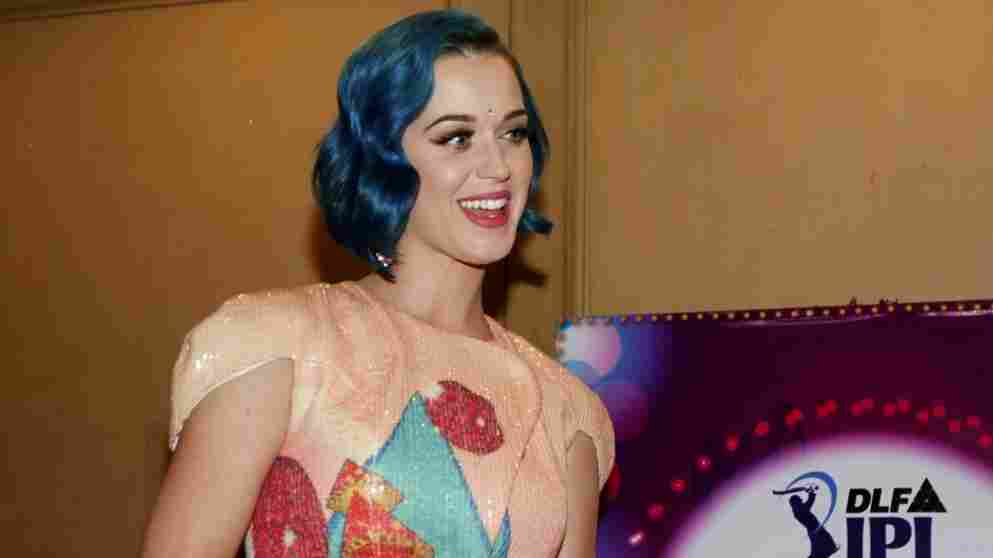 Pop singer Katy Perry became known for her song "I Kissed a Girl," and that became a problem for Katie Perry, a marketing manager at a New York advertising agency. Aijaz Rahi/AP hide caption

Chris Brown is a "30-year-old white guy from Alabama who can't sing or dance to save his life," but he has gotten sick of all the Rihanna jokes.

Chris Brown of Portland, Maine, who has a long, gray beard and works for a record store, has the same problem. And jokes about the same-name singer and his domestic abuse issues became such a perpetual thorn that Chris Brown, this one a hospital administrator in Colorado, now goes by Christina.

The world is filled with Chris Browns, Elizabeth Taylors and Brad Pitts forced to field comments about their more famous namesakes. NPR asked people about this problem on our Facebook page and got well over 1,000 comments and emails.

For most, it's a mild nuisance.

"I'm pretty good at pretending people are being original when they make jokes about Rihanna," says the record store Chris Brown. "My dad, Jerry Brown, used to have to put up with Linda Ronstadt jokes."

"In the age of Google, there are a lot more names that look taken than there used to be," says Laura Wattenberg, creator of BabyNameWizard.com.

It's Good Being Don Draper

The problem of better-known doppelgangers has recently seeped back into popular culture.

"If you saw a picture of him and a picture of me and you were asked who should be named Wesley Snipes, you'd pick the pale Englishman every time!" a character by that name ranted on 30 Rock.

Meg Ryan Williams: "Tom Hanks is waiting for you in the lobby."

Mark Furman: "My favorite is when someone says, 'Hey, did you know you have the same name as that guy in the O.J. trial?' as if somehow they were the first in the world to figure this out."

Kevin Smith: "According to HowManyOfMe.com, there are 9,292 people with the name Kevin Smith in the USA, only one of which doesn't get confused for someone else."

Carla Bruni: "The number of times I've had a man in his 40s or 50s or 60s ask me with a wink how I like being French royalty is incalculable."

Elizabeth Edwards: "It gets a bit annoying when people want to constantly discuss John Edwards with me."

Katrina McLane: "The hurricane made me miserable for a long time."

The Howard Johnson hotel chain is offering free one-night stays to people named Don Draper. ESPN is running a commercial showing how the appearance of a white Michael Jordan is endlessly disappointing to waiters and limo drivers.

"Why should I change? He's the one who sucks," complains a character named Michael Bolton in the 1999 film Office Space.

Some parents intentionally choose names of famous people they admire, offering up a kind of tribute when they name a child James Taylor or James Bond. In recent years, Reagan has become a popular first name, especially for girls.

But there are some names that are so resonant as to be best avoided at this point, suggests Wattenberg, the baby-naming expert.

"Even before you're born, someone has stolen part of your identity," she says. "Everybody who hears your name thinks of somebody else."

It's Not So Good Being Andre Frazier

Every time some new name bursts into the news, whether it's a controversial performance artist or an athlete or murderer, it's likely that some like-named unfortunates will be bombarded with misdirected calls and tweets from fans, crazy people and reporters.

"I always have to explain to someone who Googles my name — I'm not the linebacker for the Steelers, I'm not the inmate in Texas convicted of aggravated robbery, or the teen rapist charged in Wisconsin, or the guy in the mug shot in North Carolina for possession of drug paraphernalia," says Andre Frazier of Wellington, Fla. "I'm thinking about changing my name."

Many people face hassles when local characters with overlapping names start bouncing checks. Conversely, in the era of no-fly lists, the bad behavior of people across the globe can make life suddenly more difficult.

Mandeep Shahi is a flight attendant who was convicted of smuggling 4 kilos of cocaine into Britain in 2010. Another Mandeep Shahi, who runs a skin care products company in British Columbia, still finds herself having to explain every few days that she's not the smuggler.

Who's The Better Wesley Snipes?

"I am now on the Air Canada high-security checklist, and it takes me sometimes upwards of an hour to check in at the airport," she says.

Names that meant nothing to most people can suddenly become annoyingly resonant when a performer becomes a big star or a fictional character such as Harry Potter bursts onto the scene.

"Katy Perry was just getting big when I graduated from college, so I got a lot of comments from interviewers," says Katie Perry, a marketing manager at a New York advertising agency.

"One interviewer even asked me if I kissed girls," she says. "He was a guy and, yes, it was super awkward."

Some otherwise anonymous individuals welcome the association with celebrity, finding that it affords them privacy — their personal information buried under page after Google page of filmography or fan fiction about the other person.

It can make for a fun conversation starter or help them more stand out when they're trying to conduct business.

"Sex sells," says Conor J. Murphy, a blogger in Des Moines, Iowa, who shares his name with the director of A Party in My Pants and other pornographic films. "His legacy now drives traffic to my site, even if some of my visitors are disappointed to find only my thoughts in a state of undress."