Accessibility links
Trade, Security On Agenda For Obama, Japan's Noda Japanese Prime Minister Yoshihiko Noda meets with President Obama on Monday to discuss a wide range of economic and security matters. The visit comes as the U.S. makes a strategic shift toward the Asia-Pacific region. 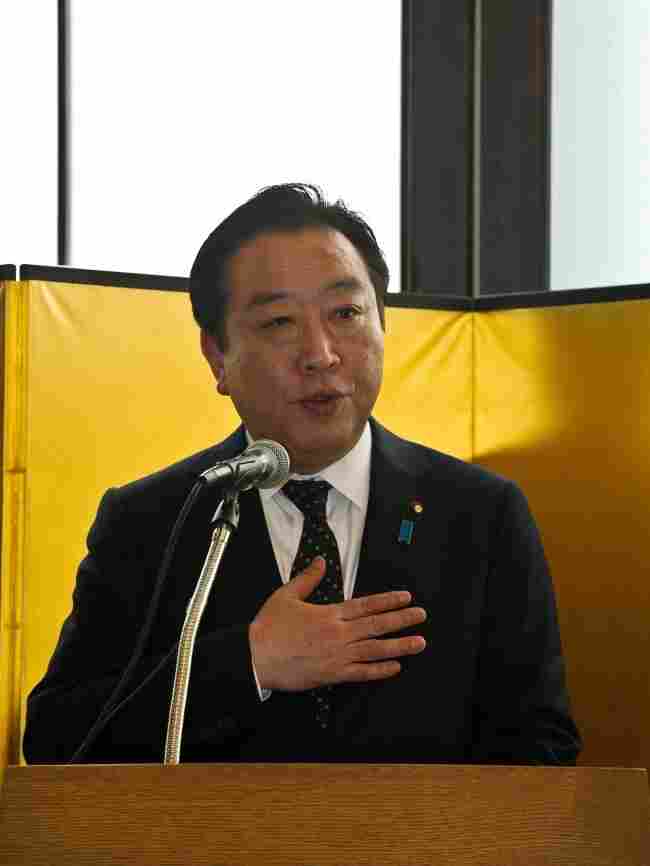 Japanese Prime Minister Yoshihiko Noda speaks during a reception at the Japanese Embassy in Washington on Sunday. Noda meets with President Obama at the White House on Monday. Nicholas Kamm/AFP/Getty Images hide caption 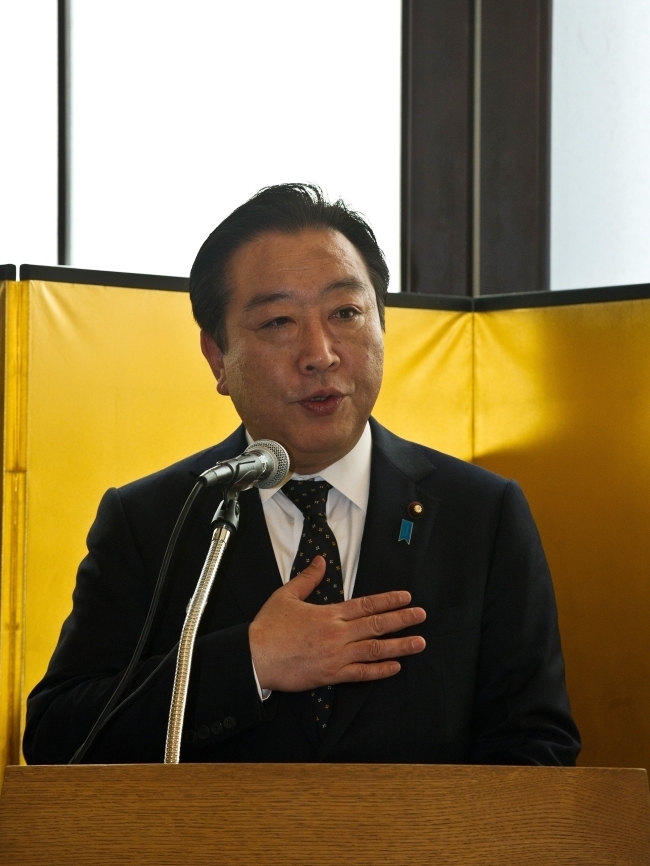 Japanese Prime Minister Yoshihiko Noda speaks during a reception at the Japanese Embassy in Washington on Sunday. Noda meets with President Obama at the White House on Monday.

President Obama and Japanese Prime Minister Yoshihiko Noda are meeting at the White House on Monday — the first such meeting between U.S. and Japanese leaders in three years.

Political turmoil in Japan has led to a constant turnover in leadership: There have been six prime ministers in as many years.

"This will be his fourth Japanese prime minister since he [Obama] came into office in 2009," says Sheila Smith, a senior fellow at the Council on Foreign Relations. "Japan's own domestic inability to have sustained political leadership makes it very difficult for the alliance, and it's very hard to say, 'Can we have a prime minister for more than one year, please?' It does make bilateral cooperation very, very difficult."

The alliance with Japan is a critical component to the Obama administration's strategic shift toward the Asia-Pacific region, which includes distributing U.S. forces more broadly throughout the area. A major stumbling block to those plans has been the U.S. military presence in Japan.

There is profound Japanese opposition to American Marines stationed on the island of Okinawa. That friction was eased last week when the two sides agreed to move some 9,000 Marines — about half of those stationed in Okinawa — to Guam, Hawaii and other Asian-Pacific sites.

The agreement has strong support across the U.S. and Japanese governments, says Kurt Campbell, the assistant secretary of state for East Asian and Pacific Affairs.

"We think it breaks a very long stalemate on Okinawa that has plagued our politics, that has clogged both of our systems, that has made it difficult to deal with the critical and crucial issues that confront the United States and Japan and other countries in the Asia-Pacific region," he says.

Campbell adds that the agreement comes at an auspicious time.

"We've had and faced new challenges on the Korean Peninsula, new provocations from North Korea," he says. "We have been busy with a number of steps in the Asia-Pacific region associated with our overall defense posture."

And there's China's military buildup and its territorial disputes over the South China Sea. Campbell says the U.S. is in close consultation with a number of other countries in the region about ways it can increase U.S. deployments and training.

"From a Japanese government point of view, U.S. intention to re-balance defense priorities in the Asia-Pacific region is welcome," Shikata says. "It's not only limited to defense issues; we welcome U.S. efforts to advance its diplomatic and economic engagement in the region."

Obama and Noda are due to talk, among other things, about trade pacts. At a formal dinner Monday evening, the Obama administration will announce a gift of 3,000 dogwood trees grown especially for Japan. It comes 100 years after Japan sent 3,000 cherry blossom trees to Washington.