Accessibility links
On Jazz Day, Jason Moran Makes The Case For Relevance UNESCO recently set April 30 as a day to raise awareness of jazz music's potential as a cross-cultural unifier. But in the U.S., the audience is aging, and the music has struggled to connect with younger generations. Jason Moran, the Kennedy Center's artistic adviser for jazz, hopes to change that. 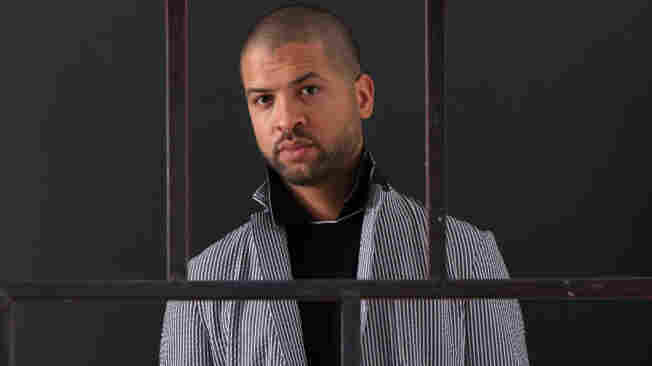 Some of the world's most renowned musicians recently gathered in Paris and New Orleans to celebrate the first annual International Jazz Day. UNESCO, the U.N.'s Educational, Scientific and Cultural Organization, has set April 30 as a day to raise awareness of jazz music's significance and potential as a unifying voice across cultures.

In spite of the celebrations, though, in the U.S. the jazz audience continues to shrink and grow older, and the music has struggled to connect with younger generations.

It's Jason Moran's job to help change that. As the Kennedy Center's artistic adviser for jazz, Moran says he hopes to widen the audience for jazz, make the music more accessible and preserve its history and culture.

"[Jazz] seems like it's not really a part of the American appetite," Moran tells NPR's Neal Conan. "What I'm hoping to accomplish is that my generation and younger [start] to reconsider that jazz is not black and white anymore. It's actually color, and it's actually digital."

Moran says one of the problems with jazz today is that the entertainment aspect of the music has been lost. "How do we present this music in 2012 and for the future?" he asks. "It can't be the same model that happened in 1908 or 1958. It has to continue to move, because the way the world works is not the same."

In 2011, Moran worked with bassist/singer Meshell Ndegeocello on a project that arranged Fats Waller's music for a dance party, "just to kind of put it back in the mind that Waller is dance music as much as it is concert music," Moran says. "For me, it's the recontextualization; what is the functionality of the music anymore? In music, where does [the emotion] lie? Are we, as humans, gaining any insight on how to talk about ourselves and how something as abstract as a Charlie Parker record gets us into a dialogue about our emotions and our thoughts?

"Sometimes we lose sight that the music has a wider context," Moran says. "So I want to continue those dialogues. Those are the things I want to foster."