Accessibility links
How To Break Up With Attitude, According To Norah Jones The Grammy-winning singer's new album, Little Broken Hearts, is loosely based on her own love life. Hear David Greene's interview with Jones for NPR's Morning Edition. 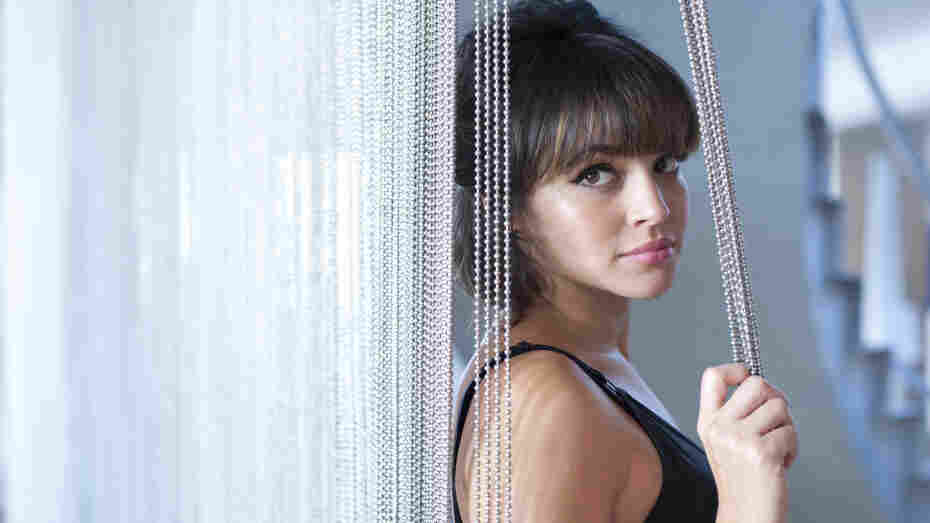 More than 10 years ago, Norah Jones hit the national stage with her melancholic love song "Don't Know Why," in the process selling millions of copies of her debut album and becoming a Grammy winner.

But Jones' new album is different. She may sound like a fragile performer, but don't get her wrong: At 33, she's recorded a breakup album with attitude.

Little Broken Hearts was made in collaboration with Grammy-winning producer Danger Mouse, who is responsible, in part, for the unique sound of her new record.

"He took me out of my known zone," Jones says. "I guess part of what I enjoyed about this album is I felt comfortable the whole time. I didn't feel like I was out of my comfort zone."

"It's loosely based on a breakup I had," says Jones, "but there's a lot of fiction in there, too. It's encrypted. I feel like all the songs are little scenes, different angles, of the feelings that come around something ending. When something's ending, you go through so many phases, and it can be frustrating. But once you're out on the other side, it's like you can really see all the crazy phases you went through."

Jones spoke with NPR's David Greene at The Living Room, a Manhattan venue where she has performed old and new music alike.

"It's just a comfortable place to play," she says. "I know I can fit my friends in there, and we don't have to sell tickets or tell anybody about it."

The Living Room hosted Jones' debut performance of Little Broken Hearts. After trying out the songs in the venue's comfy confines, she took on a much larger audience by performing the entire album at the South by Southwest music festival.

"It was a little nerve-wracking," Jones says. "I had no idea what was going to happen. I didn't know how they would react to a bunch of songs they didn't know."

Although Jones could sell out a much bigger venue than The Living Room, with its two dozen seats, she says she prefers the intimacy of smaller venues.

"It's not about selling out or making money at that point. It's about enjoying playing music in a comfortable environment," she says. "I'm not going to play lead guitar in a concert hall full of people, because I'm going to mess up a lot. But it's going to be fun. And if you got a beer in your hands and you're sitting in The Living Room or something, it's OK."