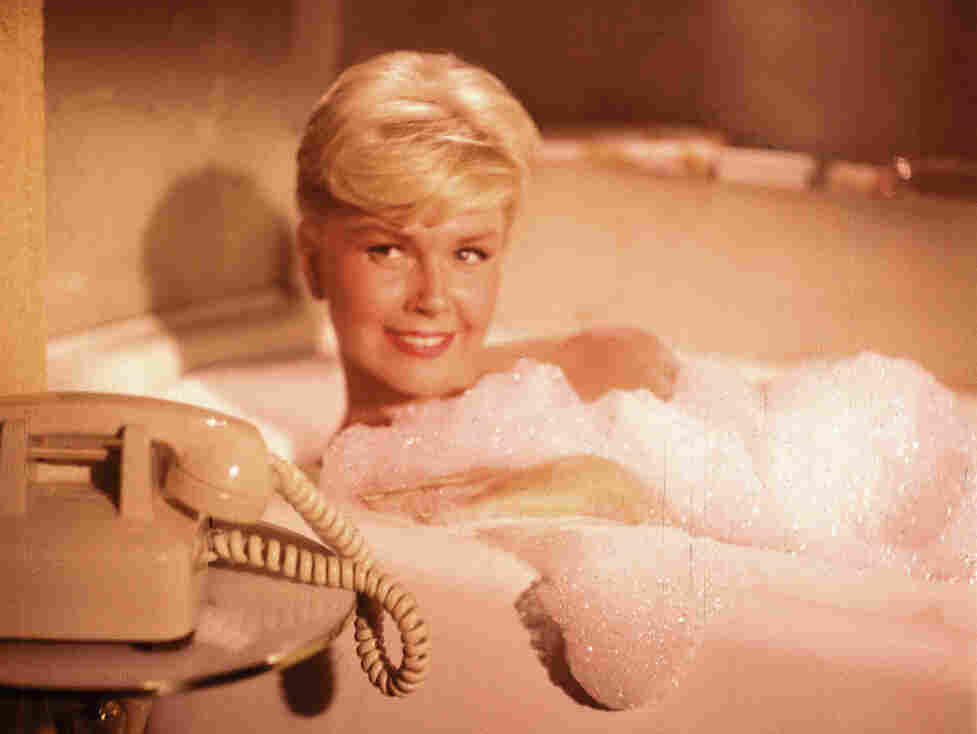 Pillow Talk stars Doris Day (above) and Rock Hudson as a pair of strangers who butt heads and fall in love on a shared telephone line. Universal Pictures hide caption

Time for another home-viewing recommendation from film critic Bob Mondello. This week, Bob's listening in on Rock Hudson and Doris Day as they make a bit of Pillow Talk.

What happens when the Girl Next Door meets Mr. Beefcake? It's instant chemistry, albeit of the explosive sort — think Mentos and Diet Coke.

Though they've never met (they share a telephone party line) interior decorator Doris Day is convinced that songwriter Rock Hudson is a womanizing cad (not untrue). He's sure she's a prig (close enough). And as this is a romantic comedy, ever the twain shall meet when Hudson pretends to be someone else.

The Hollywood Production Code was still in effect when Pillow Talk was produced, so they couldn't "get a room," as it were, but in the Oscar-nominated screenplay they could certainly talk about it. Early on, when Day complains about Hudson to the phone company, he tells her to stop taking her bedroom problems out on him. She shoots back that nothing in her bedroom bothers her. 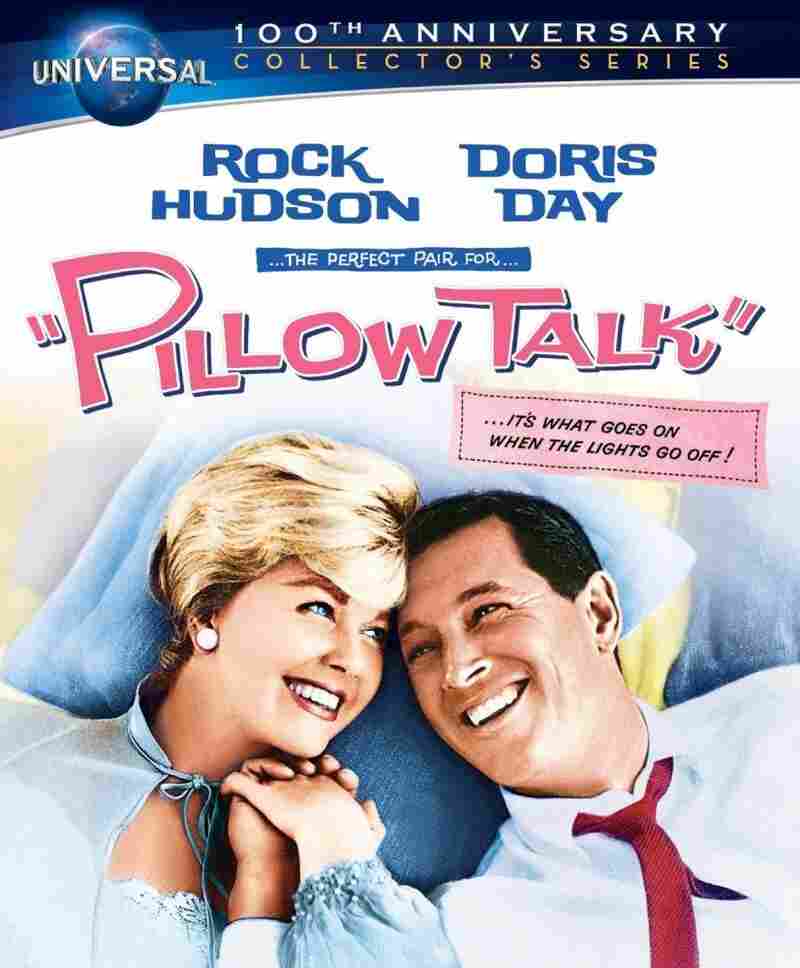 This was the first of three Day/Hudson rom-coms (they also made Lover Come Back and Send Me No Flowers), all with Tony Randall as the odd man out. Here, they're backed up by Thelma Ritter as a smart-aleck maid and Nick Adams (years before he starred in The Rebel on TV) as a collegiate lush.

The Blu-ray package includes 46 pages of photos, posters and script excerpts to go with on-disc extras that are mostly routine — a trailer, a restoration documentary, and a remarkably inept commentary track that rarely matches up with what's actually happening on screen.

While one commentator mentions a scene that's gone past, he's talking over another gem of a scene of in which Hudson tries to convince Day that his alter-ego in the movie sounds a little ... gay.

"There are some men who just are very devoted to their mothers," Hudson says, "you know, the type that likes to collect cooking recipes, exchange bits of gossip ... "

Now considering Hudson was a closeted gay actor, wouldn't you think that bit of dialogue would be worth not talking over? You'd really be better off doing your own commentary, perhaps cooing over the mid-century fashions and decor — a gold, pink and gray kitchen, for instance, that no doubt inspired millions of renovations — and split-screen tricks and star chemistry that belong to a very specific moment in time, when even the title Pillow Talk struck people as vaguely salacious.