Accessibility links
From Brooklyn to Berlin, Pianist Explores New Jazz Benny Lackner, a jazz pianist and composer based in Berlin, has released a new album, Cachuma. The songs are inspired by places in Berlin and his journey back to his roots.

Benny Lackner, a jazz pianist and composer based in Berlin, believes that interpreting contemporary songs using melodic hooks and grooves is the new trend in jazz. 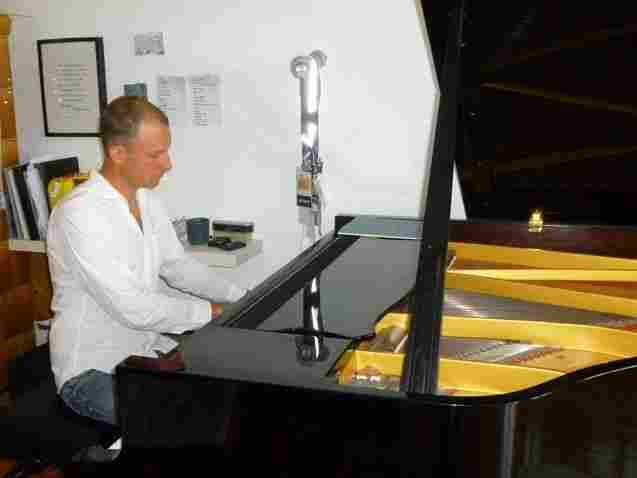 Though his current album was just be released in February, Benny Lackner is already busy composing his next album, which is inspired by his five-month old daughter, Emilia. Anouschka Pearlman/NPR Berlin hide caption 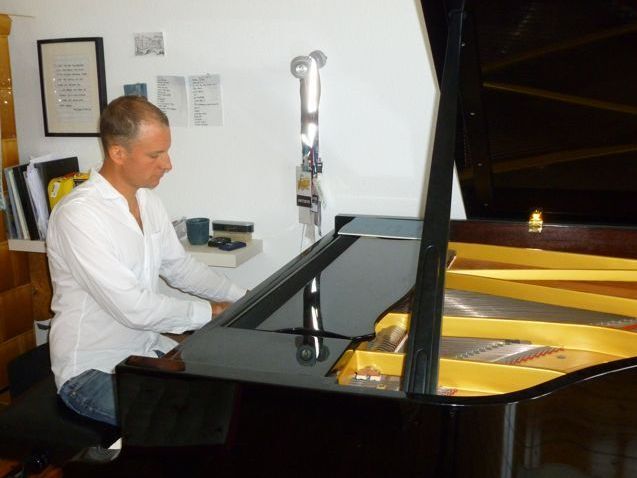 Though his current album was just be released in February, Benny Lackner is already busy composing his next album, which is inspired by his five-month old daughter, Emilia.

"All the 20 year-olds that I've known and jammed with, they're not as interested in playing traditional bebop and jazz standards anymore. Everyone's kind of writing in pop and rock genre; they like to use effects, more grooving beats," Lackner says.

Lackner was born in Berlin to a German mother and American father. He grew up in Santa Barbara, California, and after graduating in Music at Cal Arts, he moved to New York. Since 2008, Lackner has been traveling between Brooklyn and Berlin.

He says he finds the jazz scene in Berlin more relaxed and experimental, and jazz festivals are eager to book European acts.

So this year, he left New York for good.

"Slugging it out, going to jam sessions, playing really badly paid gigs - you can only do that for 10 years max. Every one there that's having kids and trying to have a normal life, they're leaving New York."

Lackner came out with a new album, Cachuma, two months ago, which reached number one on Amazon jazz downloads. The songs are inspired by places in Berlin and his journey back to his roots; he even has a song called "Brooklyn/Berlin."

"When I look back to my 10 years in Brooklyn, everything is so much more hectic and crowded. The first section of that song is kind of hectic and speedy. That's Brooklyn to me, or New York. Berlin is like a breath of fresh air. I feel a little more grounded, more room to think and explore who I am," he says.

Lackner says that Berlin is full of inspiring places- the abandoned amusement park at Plänterwald, the Spree River, Tempelhof Flughafen, and even the Turkish doener shop around the corner.

When it comes to new trends in jazz, Lackner says that, at the end of the day, jazz is, like him, just finding its way back home.

"Everything got really crazy and wild with free jazz, and then jazz got this rep of being chaotic and all over the place. Now it's back to being presented in a very clear way, which it was in the 40's and 50's. I think it's come full circle. I don't think it's doing anything new.

"When you listen to Miles Davis, he chose anything from a standard that was popular during his time to Cyndie Lauper "Time After Time." He played very clear, beautiful melodies that everyone knew, and then he did his variation on it. That's what we're trying to do now."

The Cachuma release will be held at jazz venue B Flat in Berlin on July 13th.