Accessibility links
Movie Review - 'Death Of A Superhero' A volatile, imaginative 15-year-old uses comic-book art to cope with his cancer diagnosis. Critic Andrew Lapin says Death of a Superhero manages to turn the grimmest of grim subjects into something charming, raunchy and improbably uplifting.

A 'Superhero' At The End Of His Powers

A 'Superhero' At The End Of His Powers 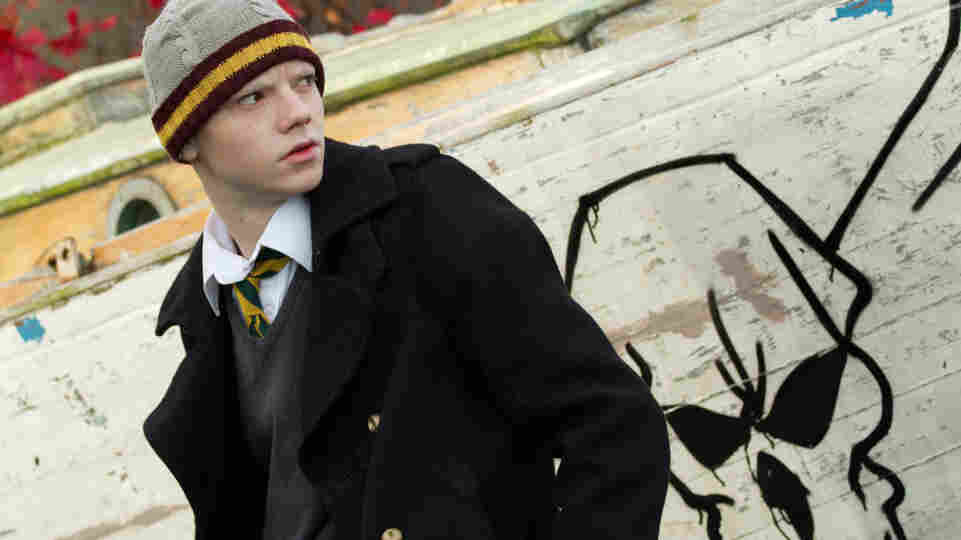 Death Of A Superhero

There are no three words less likely to inspire a fun time at the movies than "kid with cancer." And yet here is Death of a Superhero, the second film in less than a year with that log line — and the second one that manages to turn the grimmest of grim subjects into something charming, raunchy and improbably uplifting.

The story of a 15-year-old boy who uses comic-book art to cope with his rapidly failing health, Superhero has more than a little in common with 2011's 50/50, right down to a hearty endorsement of marijuana's medicinal properties. And as the volatile Donald, Thomas Brodie-Sangster communicates so much with simple looks, his anger and fear only occasionally giving way to flits of joy, that he resembles no one so much as a young Joseph Gordon-Levitt.

In this case, though, the odds are more like 100/0. Superhero is based on a 2007 novel by Anthony McCarten, who changed the setting from New Zealand to Ireland for his screenplay but maintains the book's bleak outlook. Comics storyboards from the book are replaced with animated interludes in which Donald's caped-crusader alter ego appears to be targeted by death's minions for the simple fact of existing.

Perhaps it's fitting that Andy Serkis, the actor who has frequented the world of fantasy as Gollum, King Kong and Caesar the ape, is here the anchor to reality as Donald's grief counselor. His Dr. King is a stock type — the unconventional mentor who seems odd at first but soon wins over the protagonist with his idiosyncratic methods — but Serkis nevertheless makes the man feel natural, as if he and his art collection have been enjoying Dublin's seaside breeze for decades.

Being an adolescent male, Donald's chief concern is sex: how to have it, who's having it, whether he can have it before he passes. His animated fantasies focus less on heroism and more on busty vixens who appear to have wandered over from 1981's steamy cult flick Heavy Metal. Donald's visions of death and smut intrude into his waking hours: After he pictures a well-endowed nurse savagely torturing his hero, he uses graffiti to etch his creation, in all her terrifying, life-threatening sexuality, onto the window of his school. Luckily, the girl of his dreams (Aisling Loftus) seems to dig his outlandish tastes in women, or at least the challenge of trying to pry him away from them. 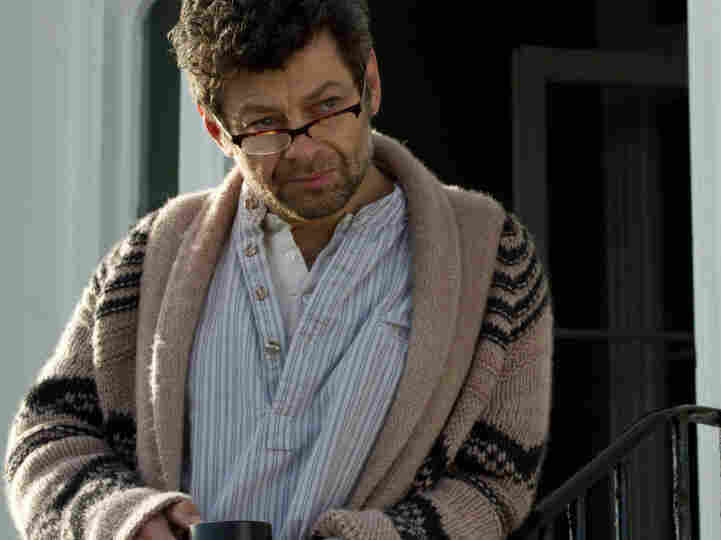 Andy Serkis plays a psychologist who helps talk Donald through what he wants out of his remaining days. Tribeca Film hide caption

Director Ian Fitzgibbon opts for a morose, heartstring-tugging approach to the material, which undercuts Donald's raw, raunchy personality in an odd way. Stately photography highlights the Dublin coast while a soundtrack makes heavy use of the hush-voiced Angus & Julia Stone. If ever there was a time to switch up the well-worn formula for movies about terminal disease, surely this would've been it. Donald seems like the kind of guy who'd prefer his impending doom to be busier and more frenetic — you know, like The Avengers, against which Superhero seems like bold, sobering, slightly suicidal counterprogramming.

And yet ultimately the sweetness of the story proves to be kind of superhuman. Despite the squeamishness Donald's particular sexual fixations might inspire, and despite the fact that he rarely acknowledges the existence of his parents, the kid turns out to be worthy of our sympathy. He's not out to save the world; he's fighting every day just to get out of bed and see it one more time, and that's inspiring enough.