Accessibility links
Corn Farmers Hope, Cautiously, For A Bumper Crop U.S. farmers have planted more acres of corn in 2012 than in any year since the Great Depression. And while some are concerned that a bumper crop could push down prices, some analysts say global demand will help offset an increase in corn yields. 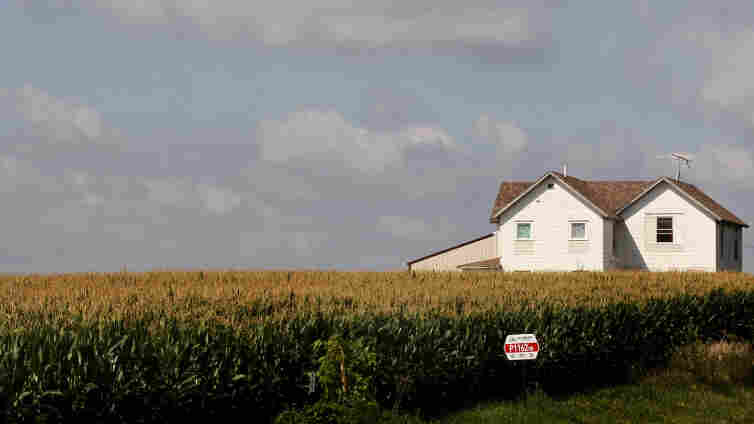 This year, U.S. corn farmers have planted more acres of the crop than at any time since the Great Depression. Scott Olson/Getty Images hide caption

It's still too early to predict whether the 2012 corn harvest will set a record, but many corn farmers say the prognosis for a bumper crop is looking pretty good right now.

U.S. farmers are planting more acres of corn this year than they have in any year since the Great Depression. And with a mild spring across much of the nation's Corn Belt, many are hoping this autumn's yield will be one for the record books.

A Crop That 'Will Knock Your Socks Off'

Bill Couser, who grows crops and raises cattle near the central Iowa town of Nevada, is optimistic. "This corn crop will knock your socks off, if all the stars line up and the good Lord gives us that blessing," he says. 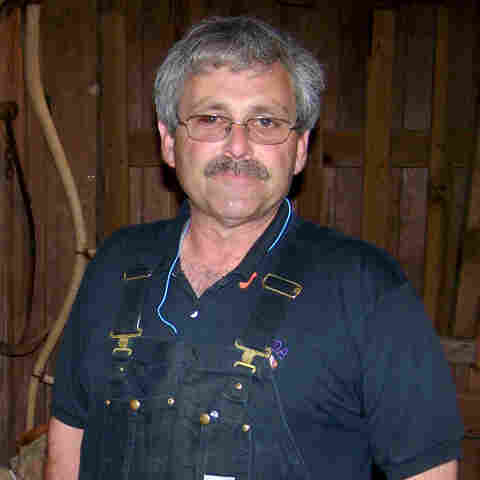 Bill Couser raises corn on his farm near Nevada, Iowa. Like many corn farmers, he is anticipating a banner crop this year. Sarah McCammon hide caption 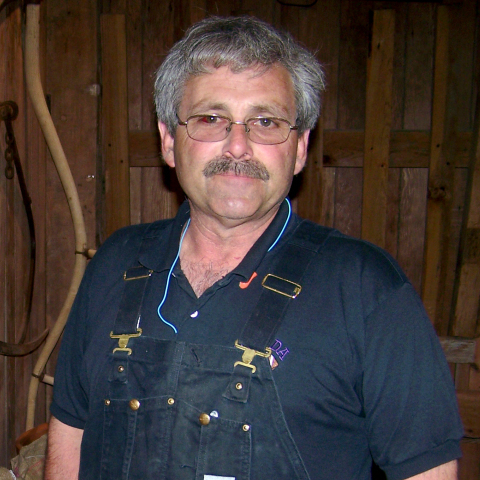 Bill Couser raises corn on his farm near Nevada, Iowa. Like many corn farmers, he is anticipating a banner crop this year.

Dressed in black overalls, Couser trudges through a field dotted with remnants of last year's corn stalks, inspecting the tiny leaves that are beginning to poke through the dark soil. "You can just start seeing everything kinda poppin' up through," he says.

Thanks to a mild spring, Couser's planting has moved along quickly — as it has for many corn growers in the region. But after decades of farming, Couser, 57, says he knows better than to get too excited just yet. All manner of factors could still affect his crop, from droughts and floods to pests and disease.

But starting early can help give farmers an edge. Paul Bertels, an economist at the National Corn Growers Association, says early planting gives the crops more time to grow before they must contend with the Midwest's midsummer scorchers.

"The sooner you get the crop in — provided you don't have a cold snap — you'll actually get that plant through pollination before the real heat of the summer," Bertels says.

Corn growers nationwide are planting at about twice the rate of a typical year. More than half of this year's crop is already in the ground.

Acres Of Corn Planted, In Millions

But earlier planting is only one reason for corn's sunny outlook. There's far more planting going on as well. The U.S. Department of Agriculture says farmers intend to plant nearly 96 million acres of corn in 2012 — 3.9 million more than last year, and almost 10 million more than in 2009, the year that yielded the nation's biggest harvest yet.

If growers follow through on their current plans, the nation would have the most acres planted with corn since 1937. And better seeds and improved farming methods mean yields are much higher today than in the 1930s. All of this means that growers are likely looking at what could be a bumper crop.

While Iowa farmer Couser is optimistic, he also worries about the potential downside. A banner crop could suppress prices, while the cost of farming holds steady.

"Farmers are their [own] worst enemies, because ... we always do what we do best, and that's overproduce," Couser says. "If we have more corn than we can use in ethanol, what will we do with that corn?"

But Chad Hart, an economist and grain marketing specialist with Iowa State University Extension, is not overly concerned about prices. He predicts a banner crop would likely push prices down a dollar or so below the current price of more than $6 a bushel. But even so, he says, that would still be better for farmers than the $2 to $3 that corn was fetching as recently as the mid-2000s.

Nor does Hart expect a shortage of buyers, thanks to growing global demand. "We've seen ethanol demand really take off over the past five years," Hart says. "We're also starting to see export demand, specifically to the Pacific Rim. So as long as that demand for the crop continues to build as quickly as our yield increases grow, that can help maintain prices at a fairly healthy level."

Healthy prices and a healthy crop could mean the stars Couser mentioned may indeed align for corn farmers this year.

But as any farmer will tell you, never count your bushels before they're harvested.