Accessibility links
In Utah, GOP House Candidate Out To Make History A small-town mayor in Utah is trying to make congressional history. Mia Love wants to become the first black Republican woman in the U.S. House of Representatives. She has her party's nomination, and if elected, vows to bring conservative principles to the Congressional Black Caucus. 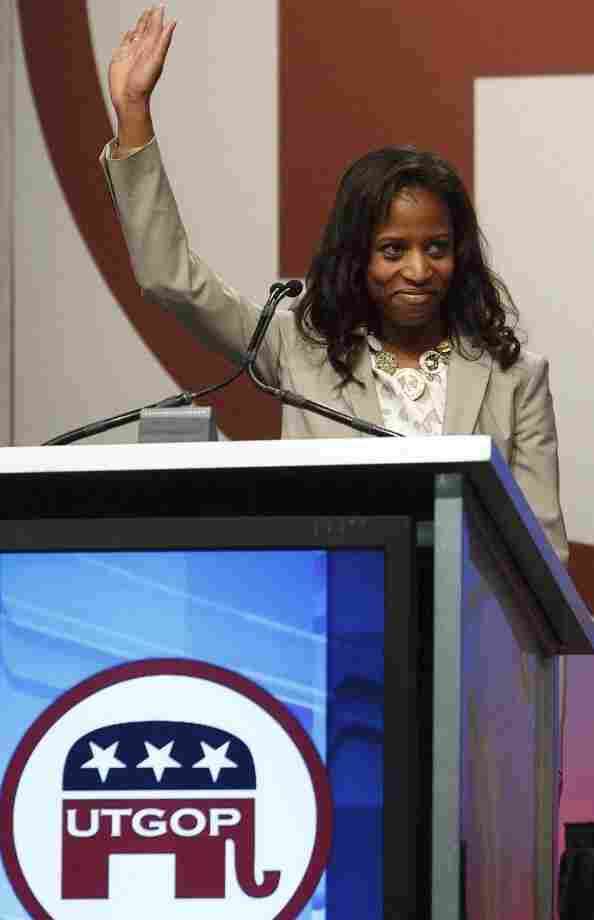 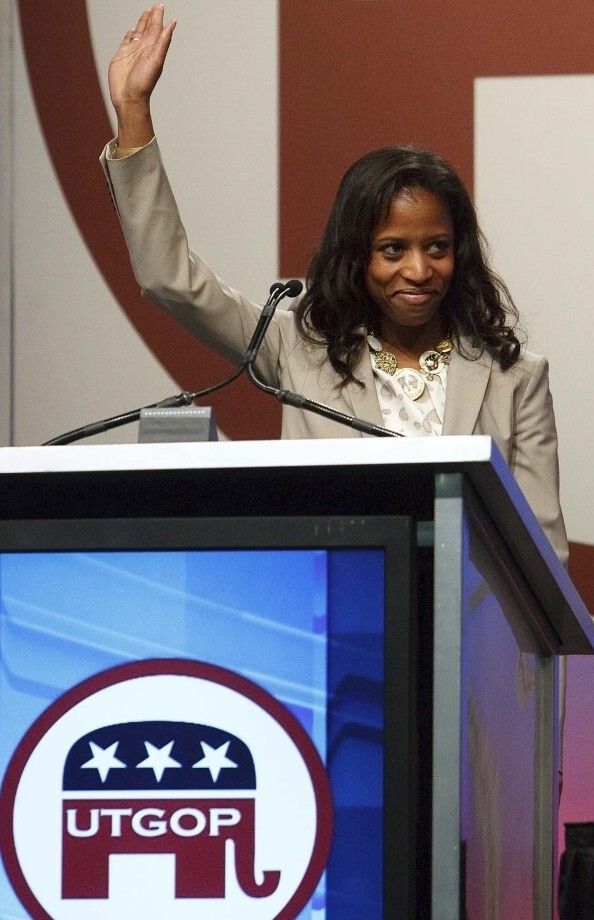 A small-town mayor in Utah is trying to make congressional history.

Mia Love wants to become the first black Republican woman in the U.S. House of Representatives. If elected, she vows to bring conservative principles to the Congressional Black Caucus.

Love, 37, faces Rep. Jim Matheson, a six-term Democratic incumbent, in the November general election. But she has already energized Republicans in Utah and across the country.

Last month, when Utah Republicans gathered to choose their candidates for statewide office, Love, the mayor of Saratoga Springs, stepped up to the podium to make her case for the nomination.

Her speech electrified the crowd. She won the nomination that day with 70 percent of the delegate vote, defeating former state legislator Carl Wimmer, one of the most powerful Republican politicians in the state.

The daughter of Haitian immigrants, Love was born in Brooklyn, N.Y., and grew up in Connecticut.

"Growing up, I had a front row seat to seeing two people work really hard," says Love, who credits her parents for sacrificing so she could attend college. "My dad scrubbed toilets at a private Catholic school for a while, and that was to help me get through school."

Love was raised Catholic, but after meeting a Mormon serving a mission in Connecticut, she came to Utah, married him and converted to the Mormon faith.

When her family moved to the suburban community of Saratoga Springs about 40 miles south of Salt Lake City, she was elected to the City Council and then became mayor.

Love has no experience in government beyond managing a city of 17,000, but believes she can get the votes to win in a state that is more than 80 percent white and 60 percent Mormon.

Mia Love, seen above in a campaign video, is the daughter of Haitian immigrants. She faces a November matchup against Democratic Rep. Jim Matheson.

"I understand people, and I think that my life and my history and what I represent can relate to a lot of the women, the independents, the moderate voters," says Love.

Love also believes that she will appeal to Utah's majority Mormon population.

The Church of Jesus Christ of Latter-day Saints has a checkered history with people of African descent. Black men were banned from full membership in the faith until 1978, when the ban was lifted by what Mormons describe as a revelation from God.

The church has embraced Love as an example of its ethnic diversity. She even participated in a national "I'm a Mormon" ad campaign.

Love's opponent, Matheson, is the son of one of the most popular governors in the state's history. The only Democrat in the Utah delegation, Matheson has defeated Republican challengers successfully in the past. But this year he's running in a brand new district, Utah's 4th, with new boundaries because of the congressional redistricting process.

"Now he's chosen to run in the 4th Congressional District, a district that really has only about 25 percent of his former constituents. And so he has to reintroduce himself to about three-quarters of the district," says Tim Chambless, an associate professor with The Hinckley Institute of Politics at the University of Utah.

He says Republicans believe Love is the right person to knock off the state's only congressional Democrat.

"She can be quite informative, and she can be quite convincing. She would be a new member, elected age younger than 40. So she would potentially have a great future in the House if she were to serve for many years," says Chambless.

In January, Love told Salt Lake City's Deseret News that she wants to join the Congressional Black Caucus, which she accused of igniting racism. She added that she wanted to "take that thing apart from the inside out."

The Congressional Black Caucus didn't respond to requests for comment, but in an interview with NPR, Love didn't back down from her previous remarks.

"The influence I would hope to have is to create an environment where we're not singling Americans out — that we are creating opportunities for all Americans. Not saying, 'I'm going to funnel money into your city so that you're completely dependent on government,' " said Love.

After generations of white, mostly male lawmakers, Utah Republicans are putting their faith in a new kind of candidate — one they hope will change the way the rest of the nation sees their state.