Accessibility links
DVD Review - 'Rhapsody In Blue' - A Gershwin Biopic That 'Ain't Necessarily So' True Rhapsody in Blue, a 1945 film version of the life of George Gershwin, is out for the first time on DVD. Classical music critic Lloyd Schwartz says it's a fascinating mixture of real facts, pure invention and memorable musical moments. 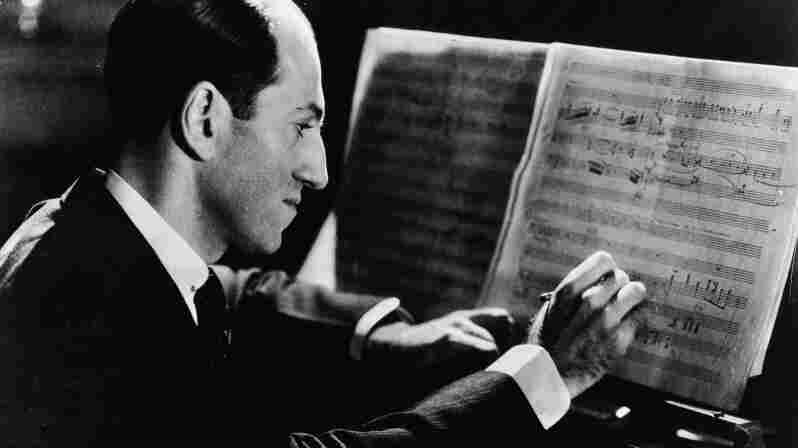 George Gershwin's most famous works include Rhapsody in Blue, An American in Paris and the opera Porgy and Bess. Warner Archives hide caption 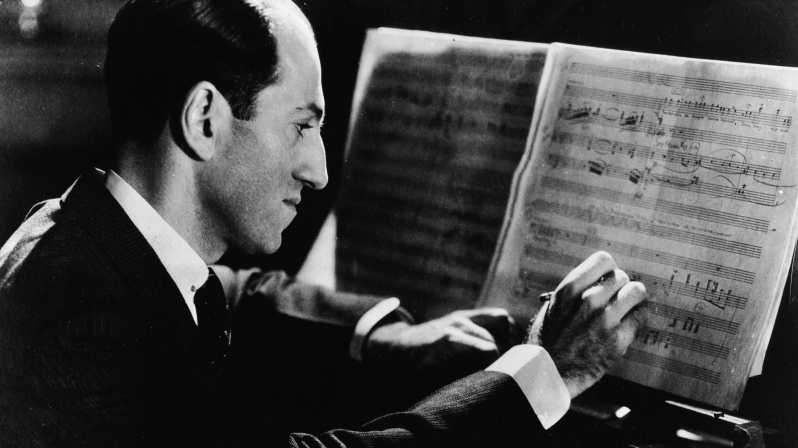 George Gershwin's most famous works include Rhapsody in Blue, An American in Paris and the opera Porgy and Bess.

The movie Rhapsody in Blue, a biography of George Gershwin, was released only eight years after his death from a brain tumor at the age of 38. It's a good subject: Gershwin wrote some of the best popular songs ever produced in this country, but he also had ambitions to be a serious classical composer and wrote symphonic music, concertos and an opera — all of which are still performed.

He's played by Robert Alda, the matinee-idol father of M*A*S*H's Alan Alda, who went on to star in the original Broadway production of Guys and Dolls. He captures both the well-documented charm and the driven quality of the brilliant young composer.

Other sympathetic performances include avuncular Charles Coburn as Max Dreyfus, Gershwin's supportive music publisher, and theater legend Morris Carnovsky as Gershwin's father. Carnovsky's Hollywood career would soon come to an end when he was blacklisted, but he remained a respected stage actor.

Injecting an uncanny reality into the film are a number of figures from Gershwin's circle who play themselves. Gershwin's real-life friend, pianist and caustic comedian Oscar Levant, gives the film its biggest jolt of satiric energy. Levant was famous for playing Gershwin's music, and it's Levant we hear in the piano solos for Rhapsody in Blue and the Concerto in F. 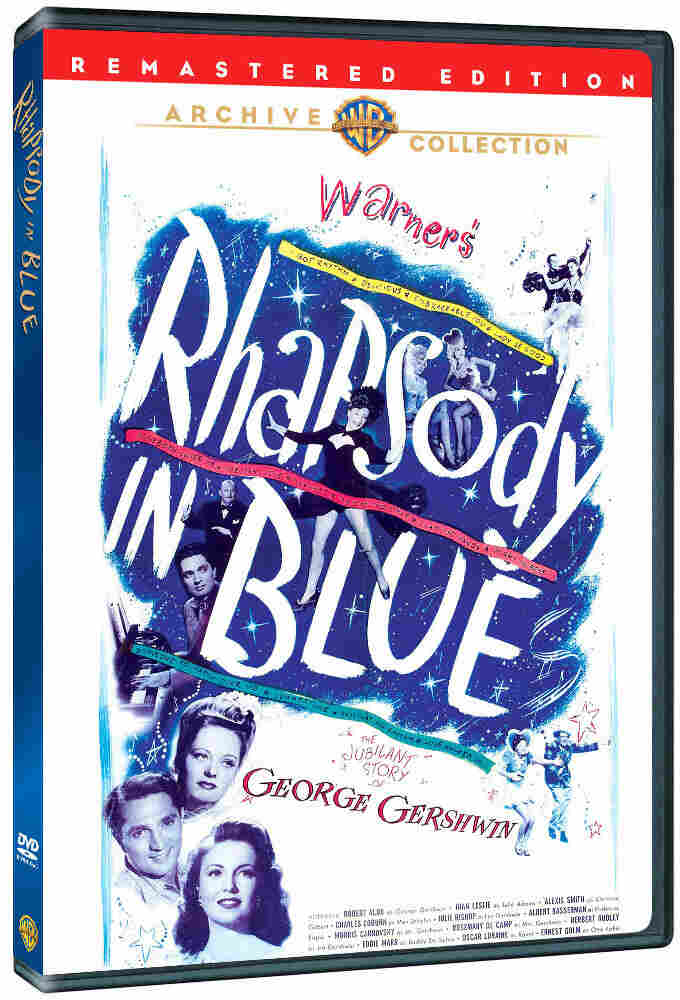 For a scene reenacting the historic premiere of Rhapsody in Blue at Aeolian Hall, the conductor is bandleader Paul Whiteman, who conducted the real premiere. In a scene in a Turkish bath, we find the real George White, producer of the famous series of Broadway revues for whom Gershwin wrote many of his early hits. And making a guest appearance is no less a star than Al Jolson, whose original rendition of "Swanee" made Gershwin famous.

Among the film's other musical high points are a rare staging of Gershwin's early mini-opera, Blue Monday, which got only one performance on Broadway. There's lovable song-and-dance man Tom Patricola, who isn't even credited, singing and dancing "Somebody Loves Me," the Gershwin song he actually introduced onstage. And most remarkable, Anne Brown — the original Bess in Porgy and Bess -- sings the most famous song from that opera, "Summertime."

But Hollywood can't help messing with facts. Gershwin's brother Ira, who wrote the lyrics to most of George's songs, is a major character in the film, but their two other siblings are completely expunged. In the movie, George discovers that Ira can write lyrics years after the real Ira started writing them.

Gershwin was something of a playboy who never married. His most serious romance seems to have been with songwriter Kay Swift, for whom he named one of his biggest hit shows, Oh, Kay!

But George was actually born Jacob Gershvin. In this movie, real history, in the form of the people who actually knew George Gershwin and performed his music, makes a bigger and truer impression than the Hollywood fabrications.