Accessibility links
In 'Engines,' A History Of America Through Cars The invention of Henry Ford's Model T in 1908 sparked the birth of the automobile industry. Since then, cars have played a monumental role in defining American culture. Paul Ingrassia's new book, Engines of Change, highlights 15 cars that have shaped the way Americans live. 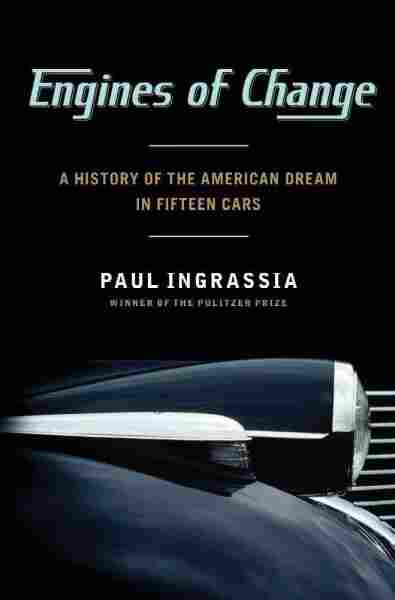 A History of the American Dream in Fifteen Cars

You may know America by its cars. Sure, they suck up gas and promote suburban sprawl. But they also help drive the economy, and drive families from home to school to the soccer field. Cars also help spark another thing: imaginations.

Paul Ingrassia, who won a Pulitzer Prize at The Wall Street Journal for his reports from Detroit, has written a book about cars that may not include all the cherished classics or engineering marvels, but have earned a place in America's scrapbook.

His new book, Engines of Change: A History of the American Dream in Fifteen Cars, explores how the automobile industry defined — and revolutionized — trends in American culture. Ingrassia notes it was difficult to narrow down the list to 15, but in the end, he chose to feature cars that had a "definable impact" on Americans.

"When I looked at modern American culture, I sort of viewed it as this unending tug of war between the practical and the pretentious, between the ordinary and the ostentatious," he tells NPR's Scott Simon.

"And a lot of these forces that are reflected in society as a whole are actually reflected and symbolized and captured by different automobiles over the century-plus of America's automotive history."

On what the Chevy Corvette represented in America during the 1950s 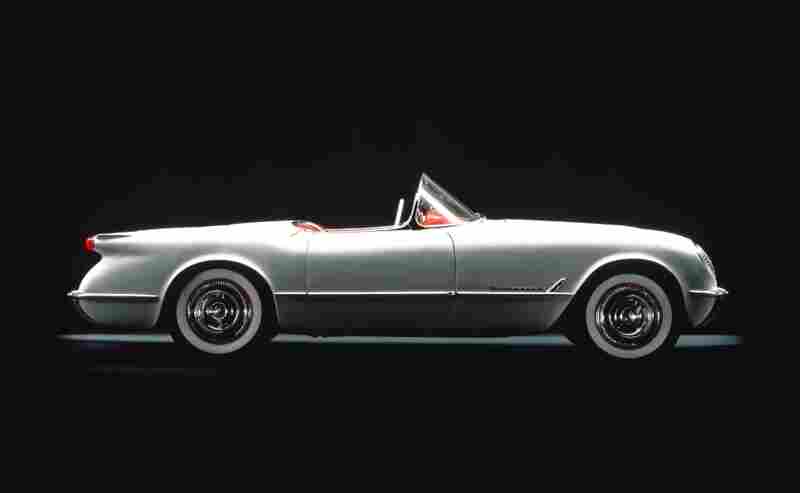 The Chevrolet Corvette was introduced by General Motors in 1953 as a concept vehicle. AP hide caption 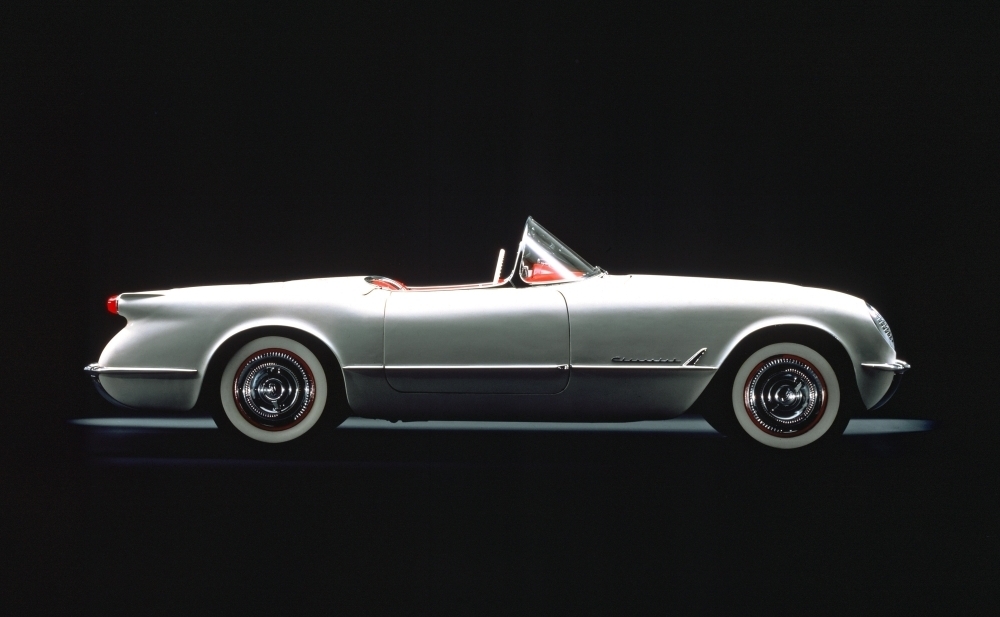 The Chevrolet Corvette was introduced by General Motors in 1953 as a concept vehicle.

"The 'Vette was actually introduced in 1953, and it was a remarkable watershed year in American history. If you think about it, it was the year that Elvis started recording music, it was the year that Hugh Hefner started Playboy, it was the year the Korean War finally ended. And you had this generation of Americans that had for the past quarter-century really grown up knowing the privation of the Great Depression, and the hardship and death and dislocation of war, but all of a sudden in 1953 it was peace, it was prosperity, and a generation of Americans really wanted to let loose. And here comes this car that, you know, is really designed for letting loose and living it up."

On how the Volkswagen Beetle — Adolf Hitler's pet car — became an icon for the peace, love and granola culture

"This car was invented by Ferdinand Porsche, but it was sponsored by Adolf Hitler. Just as pre-war production was about to begin, the war broke out, so production was suspended. After the war, it was saved by a British army officer who fell in love with the car and got the factory going again. American GIs drove Beetles, they brought them back, and it just sort of took off slowly, and more and more people bought it. What really happened, though, the intervening thing that happened here was that in the America of the '50s when, you know, the big tail-fin era, the Beetle was a way to show your disdain for that American conspicuous consumption culture." 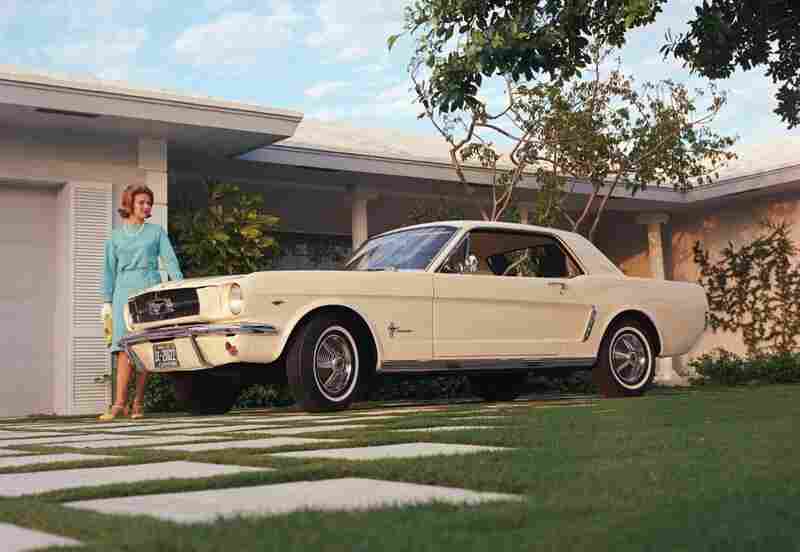 The Ford 1964 Mustang is listed as one of the most influential cars of the past 50 years. AP hide caption 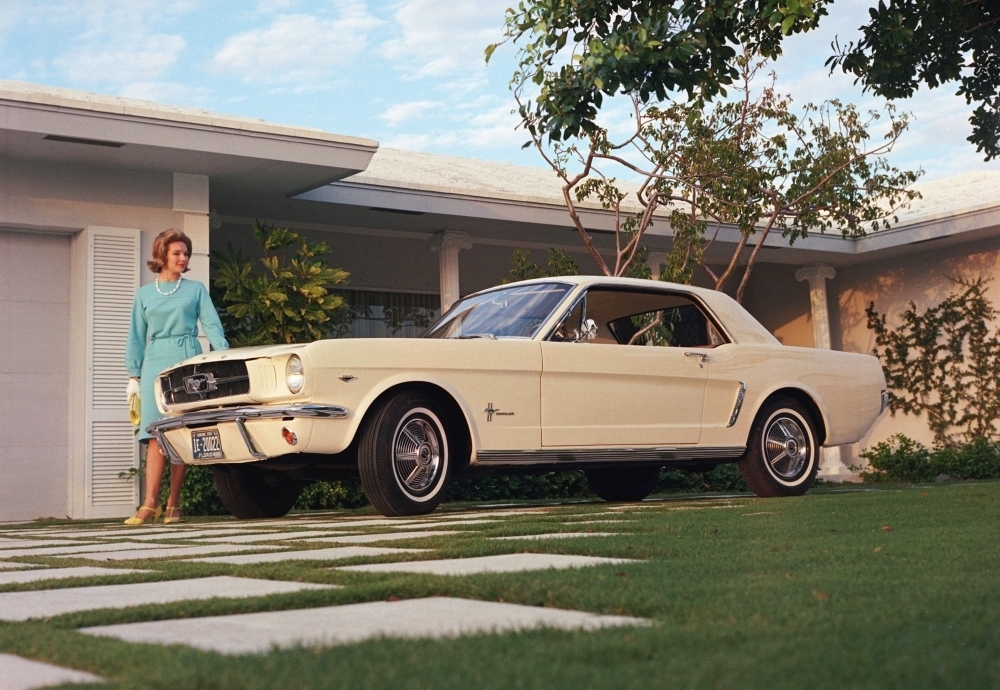 The Ford 1964 Mustang is listed as one of the most influential cars of the past 50 years.

On the Mustang of the baby boomer generation

"The remarkable thing about the Mustang, which came out in the spring of 1964, was that you could configure it pretty much any way you wanted. It was developed by Lee Iacocca, Hal Sperlich and a fellow named Don Frey at Ford. And what this car did was it caught the baby boomers just as they were coming of age, and really captivated them, partly because in its most basic form, the Mustang was a very inexpensive car, only $2,300 — about the price of a new fender today, if you will.

"Really, what the Mustang did — until that time, it's hard to believe now that two-car families were a rarity back then, and the Mustang, the great thing about it was, you know, a family could have a full-size station wagon, plus a sporty little car that mom or dad could drive around. So it really fostered two-car ownership in a major, major way." 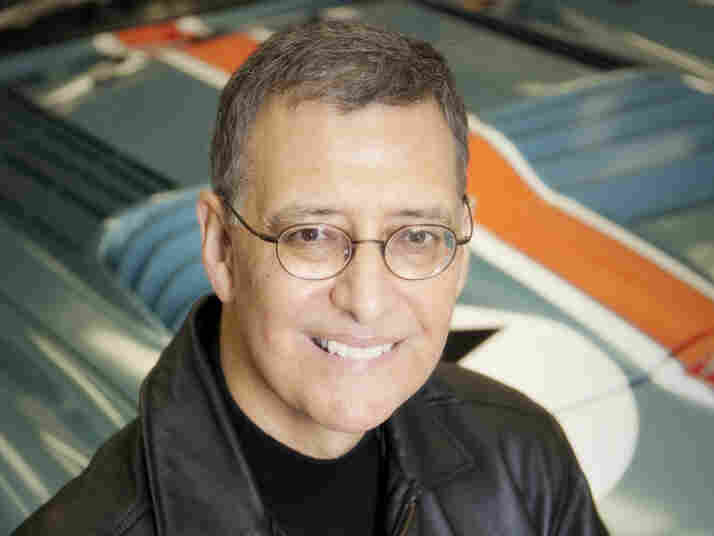 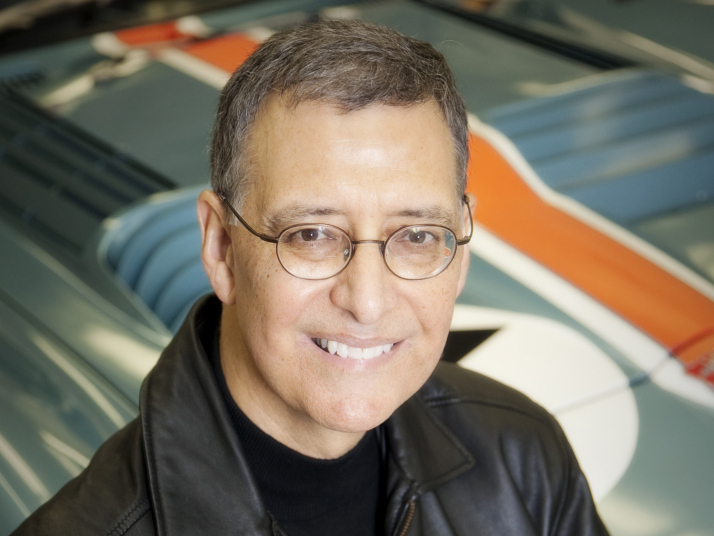 Paul Ingrassia is the editor-in-chief of Reuters News and former Detroit bureau chief for The Wall Street Journal.

On the status of the Prius

"First of all, it's a marvel of technology. But what really made the Prius take off was that Toyota gave it a distinctive shape. So unlike every other hybrid car out there on the road, you can instantly tell when someone's driving a Prius. So it really let people sort of wear their greenness on their sleeve."

On the future of the automobile industry

"There's been a lot of change in recent years. But the truth is, is that there's a lot of technological change coming, and it's really being pushed by high gasoline prices. And all we can say is that something's [going to] change in the future, but that change will probably be delayed for a while, as long as they keep making regular gasoline engines more and more efficient, and also cleaner, by the way."

Read an excerpt of Engines of Change