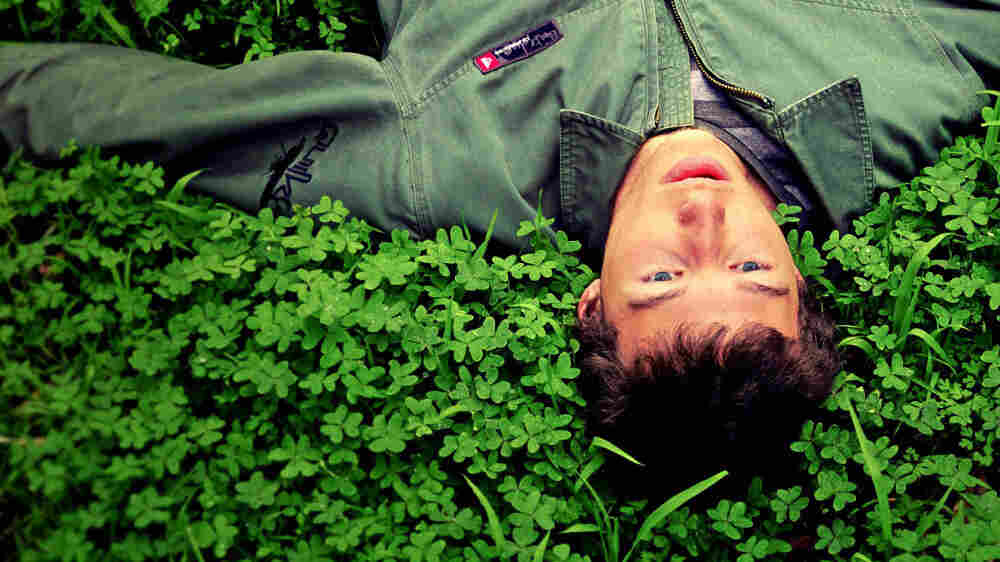 Nick Bertke is the "video jockey" and producer known online as Pogo. Courtesy of the artist hide caption

For some, the familiar bass line that opens The Fresh Prince of Bel Air may bring back decades-old memories. But for Australian DJ Nick Bertke, that theme sounded like raw material.

Bertke premiered his Fresh Prince remix, titled "Jaaam," early this year on YouTube. The video pulls music, dialogue and sound effects from the 1990s sitcom, and weaves them together into one danceable track. In the past few years, Bertke has made a name for himself on the Internet with remixes like this one, releasing them under the nickname Pogo. Millions have watched his musical takes on Alice in Wonderland, Terminator 2: Judgment Day and the Harry Potter films.

"It always starts with the inspiration," Bertke says. "I have to have a certain passion for the show, and of course, how can you not be passionate about The Fresh Prince of Bel-Air? I just heard the drum loop and thought, 'That's a great foundation for something.' And every time Will Smith opens his mouth, there's music in his voice."

"What I've found to be a repeating pattern is rhythm," Bertke says. "Sometimes people say things with an innate rhythm, and sometimes people happen to hit a very linear note in the certain syllables they pronounce."

Bertke's first pop-culture remix was "Alice," which used Disney's animated Alice in Wonderland as its source material. When it became popular online, Bertke was contacted by Disney. But to his surprise, instead of a subpoena, the company offered him a job: a commissioned work, to be based on sounds from the Pixar movies. The meeting resulted in a Pogo remix called "Upular," which now has more than 6 million views on YouTube — and counting.