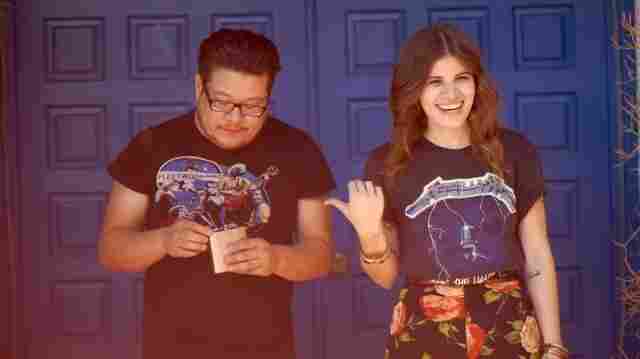 Best Coast's new album, The Only Place, comes out May 15. Courtesy of the artist hide caption 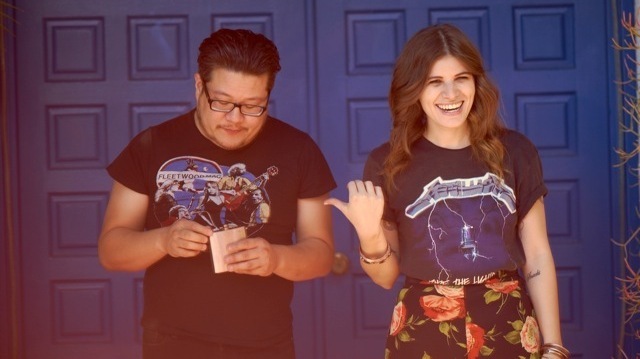 Best Coast's new album, The Only Place, comes out May 15.

For all its frothily primitive charm, Best Coast's 2010 debut Crazy for You isn't exactly ambitious: It's going for, well, frothily primitive charm, captured in deceptively simple sentiments like "When I'm with you, I have fun." Darkness stays mostly confined to the instrumental shading, and in the want-bordering-on-need that seeps into Bethany Cosentino's flat but approachable delivery.

Out May 15, The Only Place doesn't just advance Best Coast's formula; it perfects it. Producer Jon Brion applies a rich coat of shiny sparkle, as is his wont, but his touch complements these songs without threatening to overwhelm them. At 35 minutes, not a second of the album is wasted, even as Cosentino and multi-instrumentalist Bobb Bruno wind down the proceedings with a nearly five-minute ballad, "Up All Night." And, most of all, Cosentino's songwriting takes a massive leap forward on The Only Place: She's fully internalized countless girl groups' gift for employing sunny pop as a shield for pathos.

"Why I Cry" may shimmer and chug with a sort of nuclear-powered agreeability, but its words provide a remarkably economical chronicle of clinical depression, with all its attendant hopelessness, frustrated alienation and pursuit of medicated indifference. Feel-good and feel-bad buzz around each other like binary stars throughout The Only Place, but joy ultimately reigns, thanks in large part to all those irresistibly chiming guitars.

A sort of concept album about one woman's pursuit of joy and home (it's no coincidence that its cover depicts a cartoon bear hugging the state of California), The Only Place lets Cosentino find what she's looking for in the very first track, then asks her to venture inward in search of more. The album's title song may specifically sing the praises of her beloved home state — "Why would you live anywhere else? We've got the ocean, got the babes, got the sun, we've got the waves" — but even in celebration, Cosentino nails down the way comfort means the most to people who struggle to find it.