Accessibility links
Three-Minute Fiction: Pilgrims She closed the book, placed it on the table, and finally, decided to walk through the door. The door slapped behind her like applause cut short. Herman had broken the hinge; the door was cheap anyway and it matched the rest of the trailer, painted the color of old mayonnaise specked with pepper. 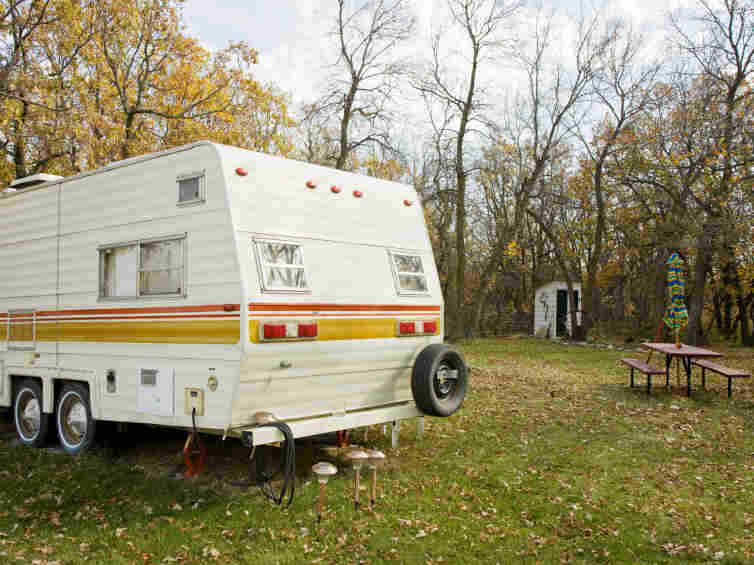 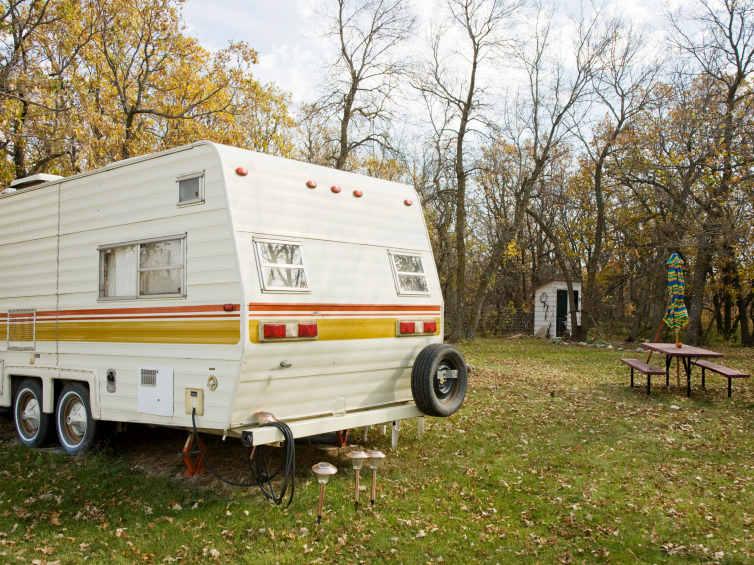 She closed the book, placed it on the table, and finally, decided to walk through the door. The door slapped behind her like applause cut short. Herman had broken the hinge; the door was cheap anyway and it matched the rest of the trailer, painted the color of old mayonnaise specked with pepper. Ruby hadn't left the trailer in a week, and she squinted at the afternoon sun.

Ruby walked down the milk-crate steps onto the ground. When Herman told her that they were moving to a pine forest up north, she had imagined a log cabin, a rushing creek. Instead, she found herself at the Mayflower RV Park, a jumble of trailers lined up and ready to topple over in a heap of plastic folding chairs and cheap cookware.

"But the Mayflower was a boat," she had said. "A boat that took people to a new place. Where are we going?" She tried to make it a joke at the end, but Herman didn't laugh.

She had been reading a book she found in the park manager's office. It was waterlogged and the cover was missing, and she had slipped it into her purse as Herman talked to Earl and signed papers. She would return it today. It had turned out to be a history of the Mayflower, with photographs of the forest before it had been cleared, and then after it became a park: first the kind of park with slides and picnic tables, and then the kind of park it was now, with trailers strung up with broken Christmas lights, and the arcade where Herman's son had gotten his hand stuck in one of the games, trying to steal the prizes.

Ruby learned that if she kept her eyes closed and the window open, she could imagine she was alone in the forest instead of sandwiched by a hundred other rusted trailers, with the ruined messiness of other people's lives easily spilling over onto her and Herman's rectangular plot of damp pine needles.

Walking to Earl's office, Ruby tried to imagine herself in the old Mayflower, before it had a name, before it became a cramped, makeshift city for people with nowhere to go. It would have been a dense forest, all the sounds hushed by the pine needle floor, the sunlight diluted by tall trees. Back then, she guessed, a person could walk for miles without seeing a highway, a trailer, a neighbor with curlers in her hair. Back then, forests gave you room to breathe.

Herman would be coming home for lunch soon. He always brought a sandwich back from the diner, and they would sit in the cramped kitchen and eat and pretend the trailer had wheels and was speeding down the road to somewhere.

Ruby was halfway to Earl's office when she realized she had left the book behind, but she decided to keep walking. Her slippers sunk into the pine needle bed that covered the ground. She passed the squat stone outhouse, the wooden bridge, the arcade with its games blasting cheap sound effects to an empty room. Somewhere, far off, someone's radio was playing. The notes fell onto the pine needles and drowned. The forest grew dense, there were no more trailers, the Mayflower seized up and shuddered and was gone, and in its place just trees and soft footsteps, the rushing from the highway quieted to just a hum, buzzing deep below the ground.