Accessibility links
Three Cheers (And Three Books) For Mummy Dearest Mother's Day may arrive earlier in England than in the U.S., but British writer Rosamund Lupton is always happy to celebrate. She recommends three books that distill motherhood to its essential elements. Do you have a favorite book about moms? Tell us in the comments. 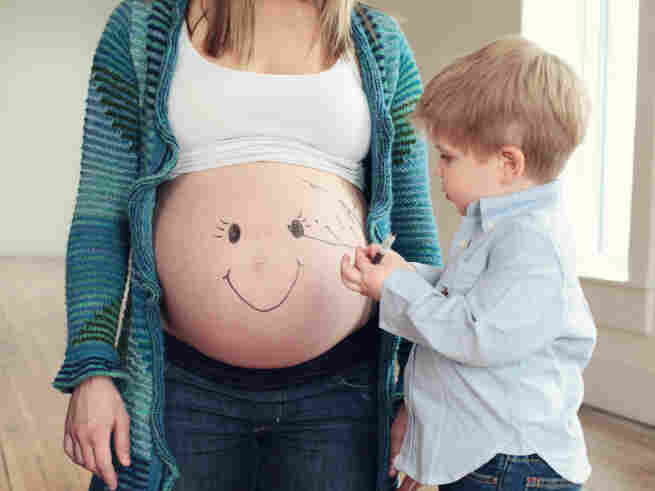 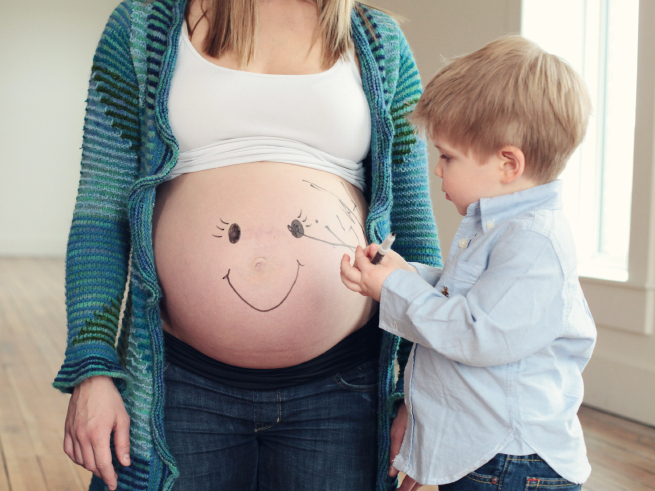 In England our Mother's Day comes a little before yours in America. This year my youngest son wrote me a poem, and ingeniously rhymed "good book" with "good cook," "fun" with "mum," and "great jokes" with "not giving pokes" — that was clearly a hard one.

I appreciated the challenge of nailing down motherhood in a short space. Here are three books that do the same thing.

Lexie Sinclair longs to escape her rigid upbringing in the English countryside. So she rebels — finding a lover, moving to London and becoming a journalist. But when she has a baby we see the focus of her life change, her independence eroding. Leaving the house each morning "she senses a thread that runs between her and her son ... unspooling bit by bit" so that by the end of the day she is "unraveled, almost mad with desire to be back with him." Intercut with Lexie's story we follow a present-day couple, Elina and Ted, in the days and weeks after the traumatic birth of their first baby. Maggie O'Farrell perfectly captures the first-time-parent's sense of the earth tilting. For Ted, fatherhood evokes deep, mysteriously fragmented memories of his own early childhood. In the end, these two stories come together and show the strength of the bond between mother and child.

At the beginning of this novel, 20-year-old, single Sharon is telling her parents that she's pregnant. Instead of histrionics, her mother wearily corrects her grammar and her father invites her down to the pub for a drink. The story unfolds from Sharon's announcement to the birth of her "snapper." It should be a depressing read: Sharon works as a shelf-stacker, became pregnant when she was too drunk to know what she was doing and lives in a small house with her large family. Instead it's a riot. The dialogue crackles with love and the surrounding sounds are boisterously energetic. And it's not only the story of Sharon, but of her mother, a woman with a house full of children, and 20 years of experience keeping the whole show on the road. Motherhood in this book is not sentimental or self-denying, it's hilarious and generous. When her baby is born, a tear rolls down Sharon's cheek. "Were yeh cryin'?" Asks the woman in the bed next to her. "No,' replies Sharon, 'I was laughin'."

My last book is a children's book. Dear Zoo, by Rod Campbell, was published 30 years ago and still has a cult following among the under 5 crowd. The story begins, "I wrote to the zoo to send me a pet, they sent me ... " you pause here for tension and detective work, then the child turns over the flap to reveal an animal. As in their real world, the adults keep getting it wrong but on a grander scale. The zoo sends an elephant followed by a giraffe but finally after much flap-lifting the grown-ups get it right and send a puppy. I read this book with my own children many years ago, and the feeling of lifting the flaps still recalls the intimacy of reading with a very young child, and starting him off on his journey with books.

Each of these books captures something of motherhood for me, though I'm not sure you can beat a few home-penned lines with tricky rhymes.

Three Books... is produced and edited by Ellen Silva and Rose Friedman, with production assistance from Andrew Otis.