Accessibility links
'Drift': Rachel Maddow On Why We Go To War In her new book, MSNBC anchor Rachel Maddow invokes Thomas Jefferson to argue for limited government — at least in the case of the military. She argues that sometimes we got to war because we've invested so much in military strength. 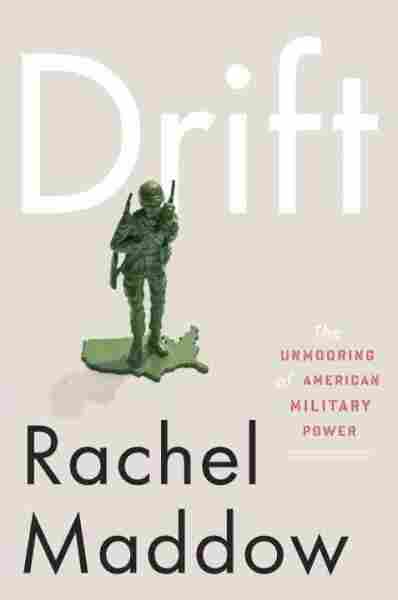 The Unmooring of American Military Power

In past wars, the U.S. practically dismantled its military after the troops came home. But today, says MSNBC News anchor and writer Rachel Maddow, we find ourselves in a state of almost permanent war.

In her new book Drift: The Unmooring of American Military Power, Maddow invokes Thomas Jefferson, pointing out that one of Jefferson's main concerns was the danger of having a large military.

"That was a really animating thing going on for the Founding Fathers. I mean, they were very upset about what was going on with the British Empire and the British king, and there's a reason that the 'quartering soldiers' thing, which seems so random, is foundational in our founding documents," she says.

Her book argues that the U.S. military has grown bloated partially because the nation is insulated from the wars its soldiers fight.

We gave ourselves a tax cut before Sept. 11, 2001, and then went to war in Afghanistan without debating whether to give it back, Maddow notes. Two years later, we gave ourselves another round of tax cuts after going to war in Iraq.

"Those are not the actions of a country that feels that it is sacrificing alongside its men and women in uniform. And that divide, I think, Americans feel emotionally, and I'd like that emotional divide to become defined as a political problem that we should solve," Maddow says.

She joins Morning Edition host Steve Inskeep to talk about the ideas in Drift.

On military vs. nonmilitary spending

"Military preparedness is absolutely a form of strength. And how we maintain that is again something that needs to be considered, I think, in the broader forum of all different kinds of American strength. We're doing some things with our military superstructure that I think are leftovers, in part because military resources don't have to compete with nonmilitary resources. Pentagon dollars are essentially seen as a different kind of funding that doesn't have to stand for itself and make an argument for itself in the house of Congress."

On the reasons for the wars of the last decade 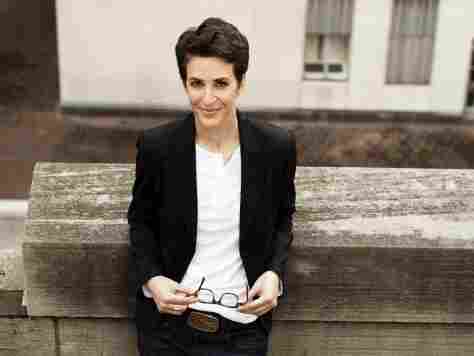 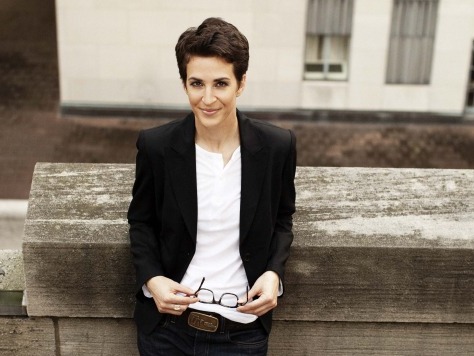 Bill Phelps/Courtesy of the author

"I think that we have looked around the world, found foreign policy problems, and looked for military solutions to those problems, because that's the best tool we had to address those things. I think that when you look at the expansion of the mission in Afghanistan and in Iraq, when you look at what the justification was — I mean, in Iraq, awkwardly, the justification was weapons of mass destruction that were not there. Once we had gone, though, ultimately by the time we left, what we were trying to do was establish Iraq as a democratic ally of the United States in the Middle East. As proud and capable as it is, I think the idea that the military can build new countries is a tall order, and it's the sort of thing that we would only expect from a military that we have superresourced and thought of as supercapable."

On using Thomas Jefferson in her argument

"I sort of did that on purpose. ... You do try to pick people in order to, I think, attract attention across the aisle, to constantly sort of make the point, 'Listen, this isn't a partisan thing. Even if you hate me because I'm a liberal, you may still find some worth in this argument.' "

On the ironies of Jefferson's and Obama's presidencies

"[Thomas Jefferson] is a perfect example of the way that presidents adapt to the idea of executive power. I mean, if you look at our current president — as a constitutional law professor, and as somebody who was, I think, reacting to the 'imperial presidency'-style excesses of the George W. Bush administration, I mean, President Obama opined beautifully on the radical expansion of executive power and how he did not think that was right for the country and it was ahistorical and all these other things, but I defy you to find any part of executive power that President Obama has yielded since he has been there."

On the limits placed on presidential power

"I think that presidents don't give up power that has accrued to them by the precedent of previous presidents. Even when they say they would like to, I think once they get there they don't give it up. And I think that's why the Founding Fathers didn't put the specific power of waging war in the hands of the president — because they knew that the temptation would be too great, that human nature what it is, with good presidents and bad, you would end up with more wars than you needed as a country if one man could essentially make the decision about whether we waged the wars. And so knowing that Congress was going to be much more unwieldy in making that decision, they with steady care put that decision in the hands of Congress."

On the growing discomfort with a continual state of war

"All the efforts to insulate the American public from the cost of war — so that we don't notice, so that a state of war is normal — all of those insulating efforts fail a little bit, because I think there is a core American emotional value to the idea that our military shouldn't be secret, that our military shouldn't be separate from us, that people who fight in our name shouldn't be people other than us. And the idea of waging war constantly makes us uncomfortable enough, but I think that it's becoming politically impossible to keep up this pace. ... I think the American people are uncomfortable with where we have landed, and I think that politicians who pay attention to that will not only reap electoral rewards, but I think they will find that if they start pushing on this issue, they're going to get far. It's going to be pushing on an open door. People want this to change."

Read an excerpt of Drift