Accessibility links
The Nation: The Gritty Legacy Of Adam Yauch Beastie Boys member Adam Yauch died on Friday. Dave Zirin of The Nation grew up listening to the Brooklyn-based group. He remembers growing up in gritty New York City, and how the music made him feel accepted.

The Nation: The Gritty Legacy Of Adam Yauch

The Nation: The Gritty Legacy Of Adam Yauch 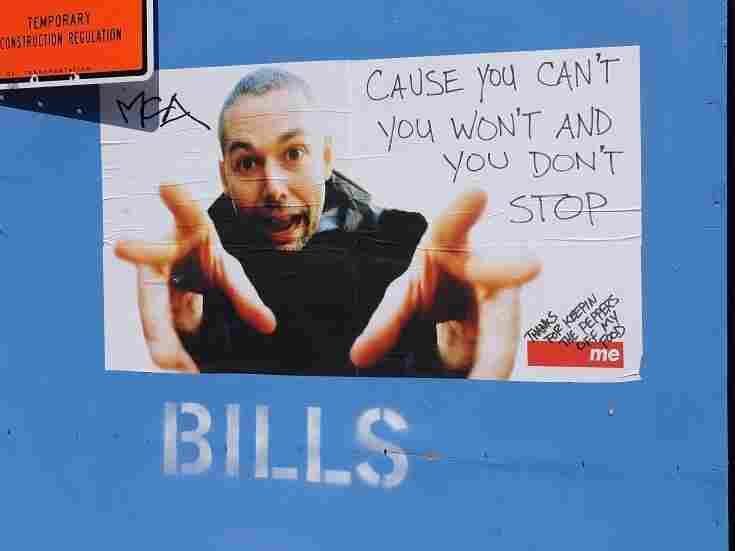 A poster paying tribute to Adam Yauch is seen at 511 Canal Street which houses Adam Yauch's production company Oscilloscope Productions on May 6, 2012 in New York City. Adam Yauch died on May 4, 2012 after a three-year battle with cancer of the salivary gland. Brad Barket/Getty Images hide caption 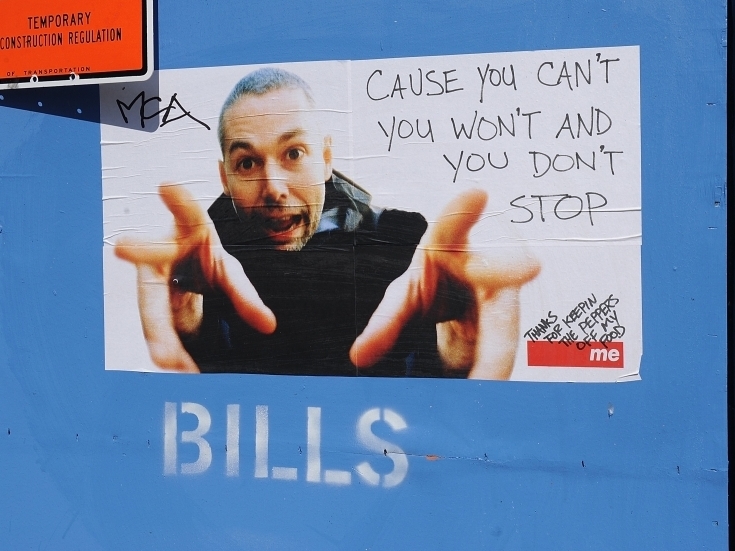 A poster paying tribute to Adam Yauch is seen at 511 Canal Street which houses Adam Yauch's production company Oscilloscope Productions on May 6, 2012 in New York City. Adam Yauch died on May 4, 2012 after a three-year battle with cancer of the salivary gland.

Dave Zirin is the sports editor for The Nation magazine.

"Born and bred Brooklyn U.S.A. They call me Adam Yauch but I'm M.C.A."

In the '60s they said, "don't trust anyone over 30." When it comes to remembering Adam "MCA" Yauch, who died on May 4, I don't trust anyone under 30. Adam Yauch and the Beastie Boys stood for more than just hip hop and their personal "sounds of science." They repped the soul of a city that no longer exists.

It was a city that's remembered as being "divided," and those divisions were real. Few realized it at the time that these divisions comprised two competing visions of the city's future, particularly who would live, work, and die in it's borders. Those of us on our side of the barricades might not have gotten the seismic shifts about to take place, but we were never less alienated, never closer. We ran from the police, drank and smoked on corners, and slept on each other's floors in rent-controlled apartments. (Younger readers can use Google to learn what "rent control" means.)

We stood together because the city was breaking apart and we were clutching each other on the same piece of floating earth. There were the names we all knew: Michael Stewart, Eleanor Bumpers, Yusef Hawkins. Places like Howard Beach. Bensonhurst and Crown Heights weren't neighborhoods. They were crime scenes.

This was my New York. I was the 12-year-old Jewish kid on the Upper West Side who played basketball, listened to Kurtis Blow, UTFO and Whodini and was called a "rap nerd" in my overwhelmingly white school. My teachers told my parents that my music, my awkward anger, my awful grades, were just a phase. For me, the Beasties were like a sonic liberation army playing the Battle Hymn of the Misfits.

From the first time I saw them, in the 1985 movie Krush Groove, it was clear: They were Brooklyn, but they were Jewish. They were outsiders, but they were down. If you got the Beastie Boys, it meant you could get underground hip hop, get anti-racism as more than a pose and, f- -k it, get some damn friends. They taught us that you could fit in just by being true to yourself.

As DMC, of the great RUN DMC said of the Beasties, "The thing that worked with us was it was the same feeling but different expression. Their sneakers could be dirty and muddy and they could've had them since fifth grade, and our sneakers had to be clean, but we both rocked the music, the presentation.... You know what was good about them? It wasn't an act. It wasn't white rappers trying to be black — they were themselves, and we respected that. Real recognized real."

MCA, Mike D, and Ad Rock, were my gateway to Public Enemy, Rakim, BDP and — of course — more Beastie Boys. Paul's Boutique. Check Your Head. Ill Communication. Root Down. Hello Nasty. Always innovative, but never disconnected from their roots, even as the old neighborhoods were bring uprooted.

Over time, from adolescence to adulthood, the Beasties showed that being true to your music and politics didn't have to be a phase but could be a way of life. For me, it was never about keeping up with them politically the way I did musically. It was just noticing out of my eye's corner that we were on the same s- -t. They were against war whether launched by Clinton, Bush or Obama. They were anti-racist as a way of life. As the Beasties grew up, they recognized and publicly renounced the homophobia or sexism in their early music. Yauch rhymed famously, "I want to say a little something that's long overdue/ The disrespect to women has got to be through/ To all the mothers and sisters and the wives and friends/ I want to offer my love and respect to the end."

Over one weekend in 1998, I was protesting Clinton's bombing of the Sudan and Afghanistan. That Sunday night, there was MCA at the MTV Video Music Awards going out of his way to denounce the attacks from the stage. He spoke about anti-Arab racism in the United States and, in frighteningly prescient fashion, the dangers of what such indiscriminate bombing could eventually bring back to the States.

They stayed true to themselves but even more importantly they stayed true to ideals forged by a forgotten city. Now that New York of the 1980s is as gone as a thirty-five-cent subway ride. Manhattan is an off-shore boutique and Brooklyn is where everyone wants to be and no one can afford to move. If there was any kind of conflict in today's Times Square, it's easier to imagine Navy Seals rappelling down to break it up than any kind of scuffle. Our last hoops all-star was Ron Artest. 98.7 Kiss FM with DJ Red Alert is now as of last week, ESPN radio. The Yankees and Mets play in publicly funded palaces while the city's public schools and social services rot from neglect.

This past year, however we saw some daylight in the darkness: the Occupy Wall Street movement represented the city's first visible fight against the generational urban priorities of Mayors Rudy Giuliani and Michael Bloomberg. And there, marching with us, in between cancer treatments, was Adam "MCA" Yauch.

MCA leaves us something more valuable than memories. He leaves a compass we need to move forward. It's a compass that points to how you can grow up but still stay real. It's a compass that directs us to fight for the future of the Five Boroughs and not just revel in the past, because the old enchanted city is never coming back. It's a compass that speaks to the best parts of ourselves: to stand up, to be heard and to always never forget that there is no sleep 'till Brooklyn.