Accessibility links
Haunted By 'Hunger' In The Soviet Gulag In Nobel laureate Herta Muller's take on one of the great tragedies of the 20th century, a starving man in a Soviet labor camp hallucinates that hunger is an otherworldly being out to destroy him.

Haunted By 'Hunger' In The Soviet Gulag

Haunted By 'Hunger' In The Soviet Gulag 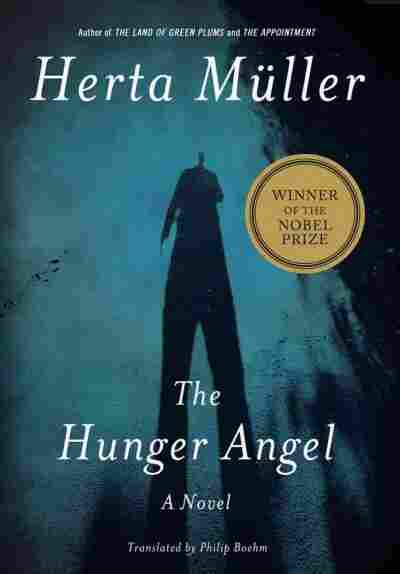 For the sake of full disclosure, I'll tell you that I had not read Herta Muller for a number of reasons before the appearance of Nadirs, her brilliant collection of short takes about a family of German-speakers living in the Romanian countryside. I don't know that I would have picked it up if Muller, a Romanian-born writer who works in German, had not won the Nobel Prize in Literature in 2009. I can tell you I was pretty happy that I did. Nadirs was — is — a terrific work of short fiction, showing off Muller's powers as a world-class creator of fiction driven by visionary power. I was ready when her latest novel, The Hunger Angel, arrived in the mail. It's a latecomer to the crowd of books written about internment during World War II — doubly so, because the war ends when the internment of the main character begins.

Young (and gay) Leo Auberg, aRomanian-born of German descent, is 17 when the Nazis are defeated. He is arrested in a sweep by the occupying Soviets to find indentured laborers for Russia's coal and mineral industry. From January 1945 until the beginning of 1950, Leo works from before sunrise to after dark shoveling coal, hauling concrete and lugging bricks. He is consistently overworked and underfed — haunted by chronic hunger, or what he calls "the hunger angel" who lurks, and looking for an opportunity to seize him and pull him over into the darkness of death.

Sixty years later, Leo writes of his ordeal: "How can you face the world if all you can say about yourself is that you're hungry ... Your mouth begins to expand, its roof rises to the top of your skull, all senses alert for food." Even as Leo describes his constant state of hunger, he asserts, "No words are adequate for the suffering caused by hunger."

Born in Romania in 1953, Herta Muller lost her job and suffered repeated threats after refusing to cooperate with Nicolae Ceausescu's secret police. She emigrated in 1987 and now lives in Berlin. Isolde Ohlbaum/ hide caption

Born in Romania in 1953, Herta Muller lost her job and suffered repeated threats after refusing to cooperate with Nicolae Ceausescu's secret police. She emigrated in 1987 and now lives in Berlin.

Muller deploys a large range of figurative language to make Leo's condition known to us, in images made of words but standing beyond language. Words about hunger, in fact, Leo says, "make up a map, but instead of reciting countries in your head you list names of food. Wedding soup, mincemeat, spare ribs, pigs knuckles, roast hare, liver dumplings, haunch of venison."

Seasons go by — adding up to years — as the novel increases in intensity in episodic fashion rather than by means of a well-made plot. Though striking characters do abound: the ruthless Russian camp commandant Shishtvanyonov; Tur Prikulitsch, the kapo who issues commands but does not work himself; the wrongfully imprisoned Jew Zither Lommer; Irma Pfeifer, who dies in a pool of mortar, frozen but immortalized; the dutiful camp barber Oswald Enyeter; the attorney Paul Gast who steals his wife's food; and others, all hoping to endure the tortures of hunger, cold, harsh labor, ferocious boredom — the chapter on boredom is one of the most fascinating you'll ever read on the subject — and unjust internment. As with Irma Pfeifer, not all of them do.

Leo endures, of course, surviving to tell this dark and urgent story. The method Muller deploys to portray such endurance should last as well. Perhaps, like me, you'll be waiting for each of her new books from now on.

Read an excerpt of The Hunger Angel