Accessibility links
Sendak's Legacy: Helping Kids 'Survive Childhood' "Children surviving childhood is my obsessive theme and my life's concern," Maurice Sendak told NPR in 1993. The author and illustrator — one of the most admired artists in children's literature — died Tuesday at the age of 83.

When author and illustrator Maurice Sendak entered the world of children's books, it was a very safe place. Stories were sweet and simple and set in a world without disorder. But Sendak, who died Tuesday at age 83, broke with that tradition. In Where the Wild Things Are, Sendak explored the darker side of childhood. Upstairs in young Max's bedroom, a jungle grows, and he sails off to a land of monsters.

John Cech, a professor of English who wrote a book about Sendak's work, says Where the Wild Things Are fit perfectly into American culture of the 1960s. It came out just before the Beatles' first tour of the U.S.

"It was part of that movement — the cultural revolution, we call it now — that culminated I guess at the end of the decade in the Democratic convention in Chicago and Woodstock and so many other things," he says.

At the center of that movement was not music or sex, but youth and the child, "this force that Maurice had been able to capture and to embody in this figure of Max from Where the Wild Things Are," Cech says.

But just as the Beatles had their critics, Sendak heard from librarians and parents across the country who weren't fond of his work. For one thing, they said his drawings of monsters were just too scary.

Sendak's inspiration for the monsters came out of his own childhood.

"I went back into my head as to who were monsters in my life," Sendak recalled. "Well, they were all my uncles and aunts."

Sendak describes his relatives in a Scholastic DVD commentary: "Bloodshot eyes and big huge noses and bad teeth, and they would grab you by the cheek and pummel you and say all the conventional things like, 'I'll eat you up,' and knowing them, they probably would and could," he recalled.

Sendak says he didn't have a happy childhood. He was born the year before the Great Depression in Brooklyn, N.Y., to Polish Jewish immigrants. Though he grew up in the U.S., the horrors of the Holocaust were never far away. Sendak was often sick and stuck in bed. He grew up in constant fear of his own death and was haunted by the loss of his relatives who died in the Holocaust. 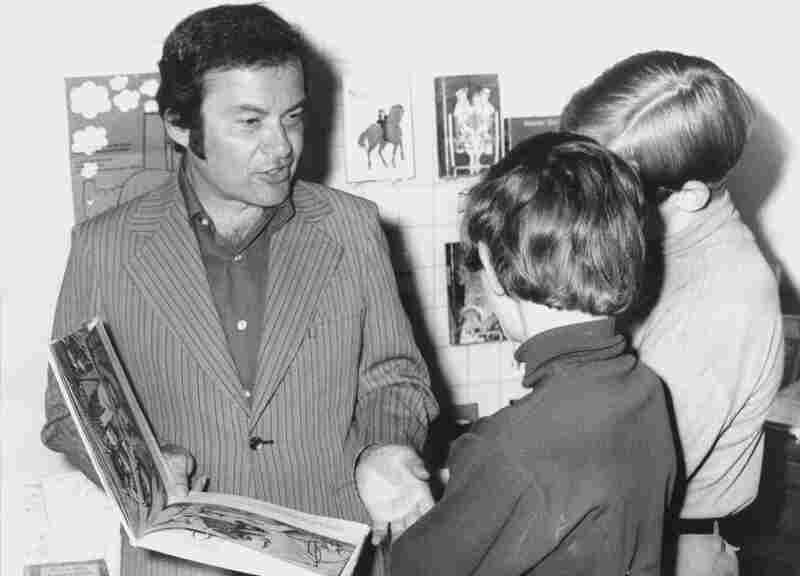 Sendak talks with children about his book Where the Wild Things Are at the International Youth Library in Munich in June 1971. Keystone/Hulton Archives/Getty Images hide caption 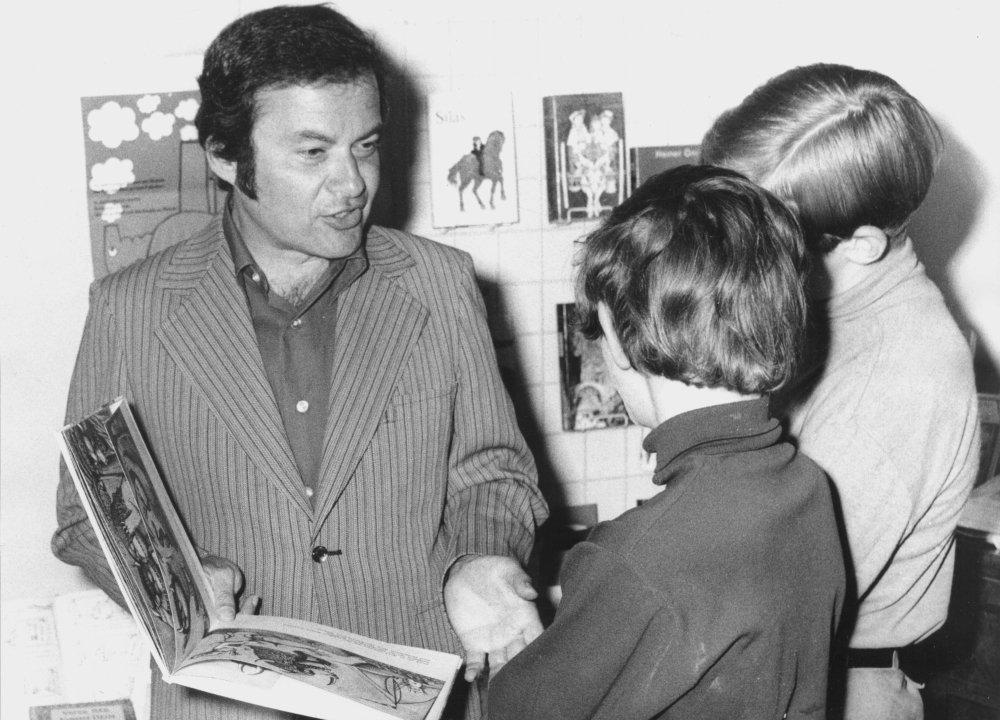 Sendak talks with children about his book Where the Wild Things Are at the International Youth Library in Munich in June 1971.

Open Sendak's books and you'll see bits of his childhood in the lives of his characters — whether it's Max of Where the Wild Things Are, or Mickey of In the Night Kitchen, these curious little boys are in their rooms, staring out a window, as if trying to escape reality and enter the dreamland of the night.

It wasn't until 1948 that Sendak had his career break as an artist. Working as a window dresser at F.A.O. Schwarz in New York, a manager noticed his talents and introduced him to Ursula Nordstrom, an editor. In his new career as an illustrator, Sendak drew the immigrant kids he saw from the window in his parent's apartment in Brooklyn.

"They weren't conventional blond-hair, blue-eyed American kids," Cech says. "His kids were smaller, as he puts it. There's a wonderful quote he used to describe it: They all sort of had dented heads. They weren't pretty children. They were real kids in many ways."

After Sendak was awarded the 1964 Caldecott Medal, he published In the Night Kitchen. Like Where the Wild Things Are, this story was about a boy who slips out of his bedroom into a mysterious new world. Except this world isn't filled with Wild Things — it's a kitchen with three singing bakers. In the brightly colored drawings, inspired by Walt Disney, Sendak answered a question he says all children ask: "Why did everything good happen when children went to bed? So this was going to be a book about a kid that gets up at night, hears what's going on and investigates."

Children surviving childhood is my obsessive theme and my life's concern.

But this book turned out to be even more controversial. In it, the boy Mickey is naked. The full-frontal nudity made it an easy censorship target in the 1970s.

Although Sendak will probably be best remembered for his children's books, these weren't his only artistic endeavors. He developed productions of opera and ballet for stage and television. In 2003 he collaborated with playwright Tony Kushner to publish a book and an opera called Brundibar — a story about children in the Holocaust. But all his works, at their core, were about the same thing, as he told NPR in 1993: "Children surviving childhood is my obsessive theme and my life's concern."

Even if Sendak's main characters sometimes faced scary, even dangerous situations, they always returned home, safe, in the end.