Accessibility links
Roman Totenberg's Remarkable Life And Death When he died on Tuesday at 101, Roman Totenberg left behind a professional career as a world-renowned concert violinist and teacher that spanned nine decades and four continents. His daughter, NPR legal correspondent Nina Totenberg, has this remembrance. 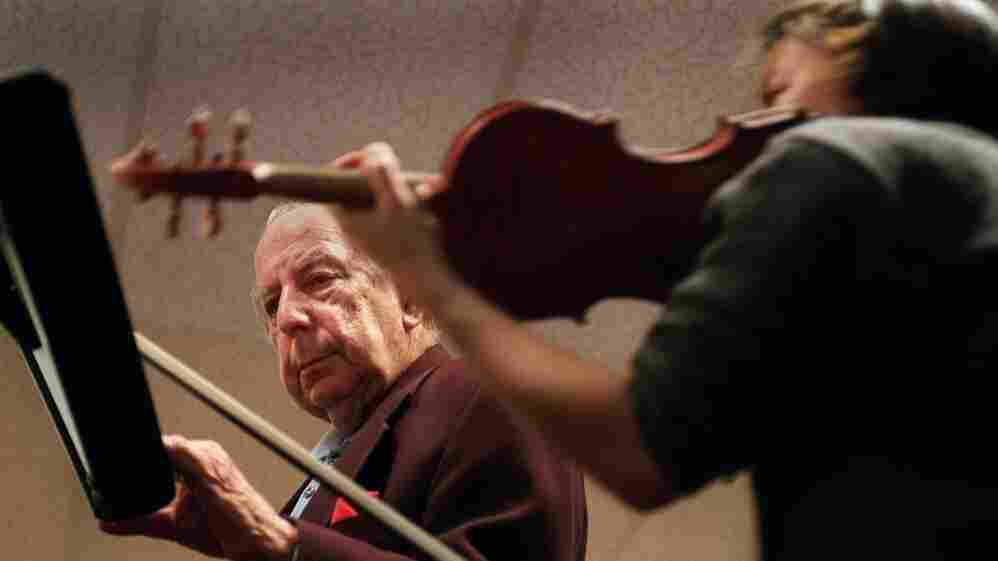 Totenberg teaches student Letitia Hom in his classroom at Boston University. Totenberg made his debut as a soloist with the Warsaw Philharmonic at age 11. David L. Ryan/The Boston Globe via Getty Images hide caption 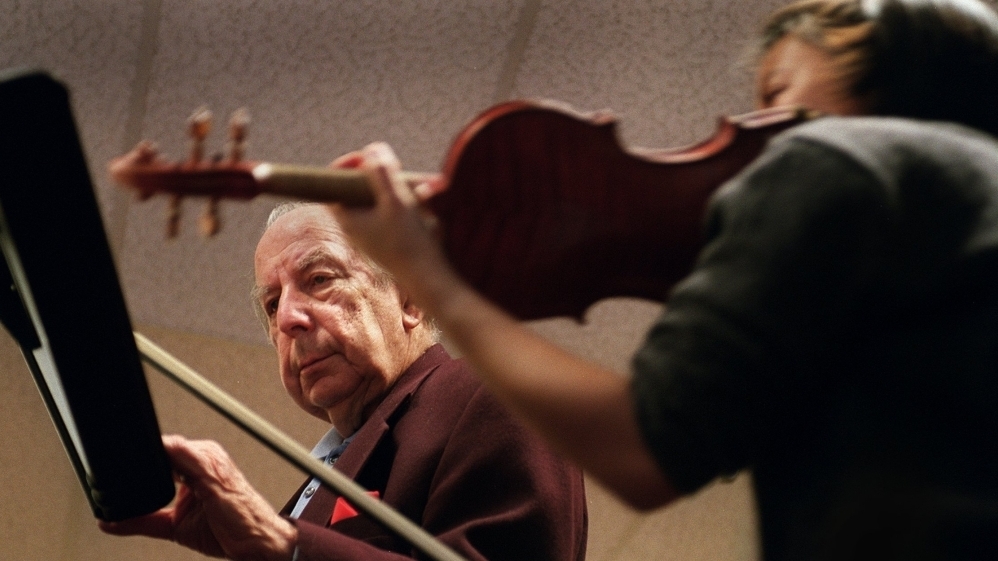 Totenberg teaches student Letitia Hom in his classroom at Boston University. Totenberg made his debut as a soloist with the Warsaw Philharmonic at age 11.

His death was as remarkable as his life. He made his debut as a soloist with the Warsaw Philharmonic at age 11, performed his last concert when he was in his mid-90s, and was still teaching, literally, on his deathbed. This week, as word flew around the musical world that he was in renal failure, former students flocked to his home in Newton, Mass., to see the beloved "maestro."

Letitia Hom, who has a class of students of her own now, wanted a lesson on the Brahms violin concerto, so on Saturday, she stood at his bedside playing beautifully for him. At one stopping point, though, he spoke so softly, she had to bend her ear to his lips. His words: "The D was flat."

Solo violinist Mira Wang, who came from China decades ago to study with him, played for hours on Sunday. Every time she would stop, he had just one word: "More." And still they came, one after another, describing how he had changed their lives. So widespread was the outpouring, that one former student in Poland had to be dissuaded from jumping on a plane to the United States.

He was a caring and wise father not just to us, his three daughters, but to literally thousands of students around the world who had studied with him. I dare say there is not a major orchestra in Europe or the U.S. that does not have at least one student who studied with him. When Wang, who is 40-something with a husband and two children of her own, left our house on Sunday, she said to my brother-in-law Ralph, "Now, I finally have to be a grown-up."

Music was such an integral part of my father's life that when he and my mother, Melanie, first married, she couldn't figure out the rustling sound she heard at night in bed. She finally figured out it was the sound of my father's toes, against the sheets, marking time to the music he was thinking about. 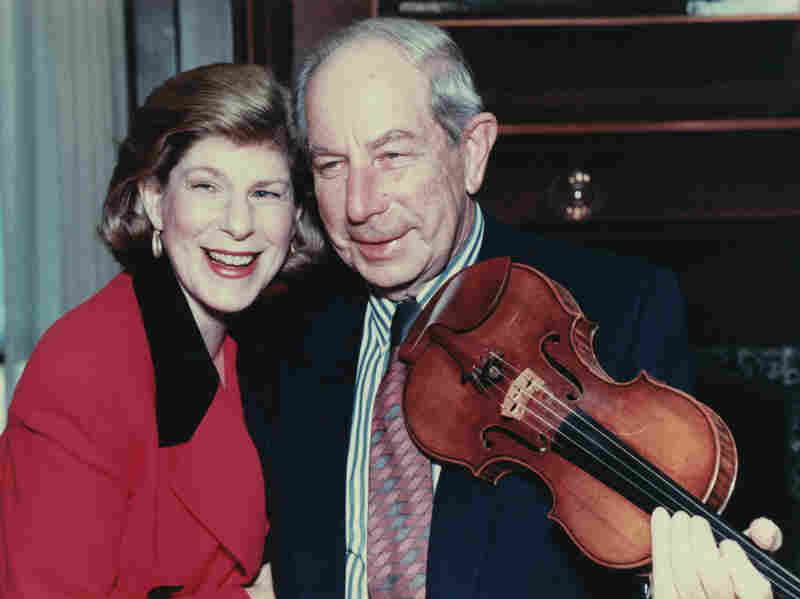 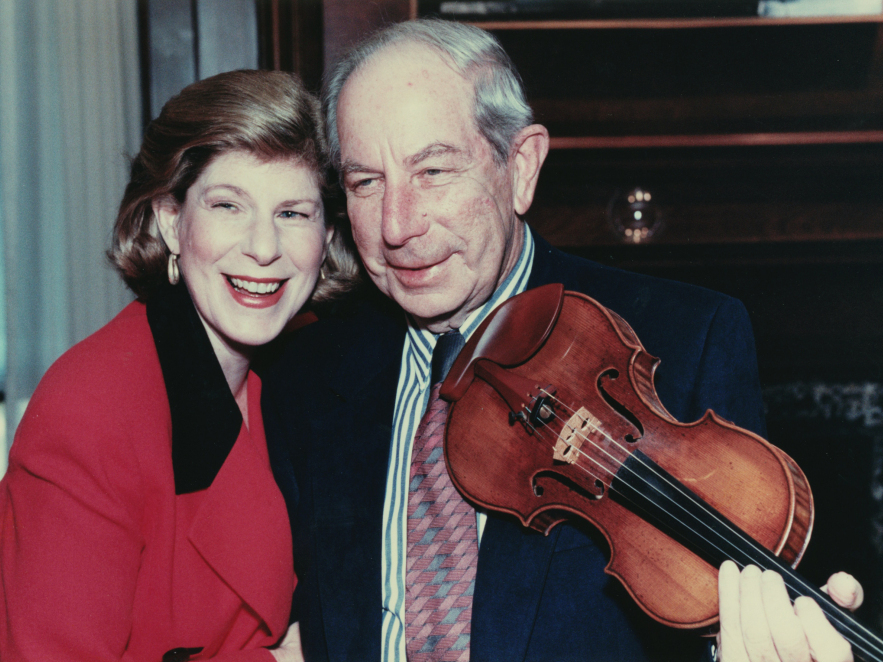 Nina Totenberg and her father, Roman. The violinist died Tuesday, at 101.

He was always learning, whether it was a new piece, or how to use email.

He never retired, or, I might say, had any plan to die, and he about had us convinced he would outlive us all. I remember when he was about 90, I took him for a back operation at Beth Israel Hospital. He was completely outraged when he presented his Blue Cross card, and they only wanted his Medicare number. "This is my primary insurance," he said in a determined tone. "I work for a living!"

And he was always so sweet and gracious. One of the Boston University vice presidents sent me an email note Tuesday saying that my dad had made everyone he dealt with "a better person."

And, of course, women loved him. To meet "Mr. T," as they called him, was to fall for him. So much so, that my sister Jill made up a rap song for his 90th birthday, which featured a litany of women who fell for him, and the refrain, "Get in line, get in line, you're number five thousand, four hundred and ninety nine."

My mother, however, was the love of his life, and when she died in 1996, we really feared he would too. Fortunately, his longtime mistress, the violin, came to the rescue.

Roman Totenberg was born on Jan 1, 1911, in Lodz, Poland. He studied in Berlin with Carl Flesch and in Paris with Georges Enesco and Pierre Monteux, and won the Mendelssohn Prize in Berlin and the Wienawski and Ysaye Medals of Poland and Belgium. In 1935, he made his U.S. debut with the National Symphony Orchestra in Washington, D.C.

The performance was such a success — he was called back six times for encores — that he was invited to the White House to play for President Roosevelt. Totenberg had a few weeks earlier played for the king of Italy, and that affair was so formal that he had to borrow a top hat and cape from the Polish ambassador, and back off the stage so as not to offend the king. In contrast, after the performance at the White House, Eleanor Roosevelt served dinner in the family quarters, serving each of the performers from a sitting position on the floor in front of a table. As Totenberg would later recount, he thought to himself as he compared the two events, "This is the country for me!"

Three years later he formally immigrated to the U.S. under the distinguished artist visa program. Because of the worsening world situation, concert tours in Europe were no longer possible, though in 1937 he toured South America with pianist Arthur Rubinstein. For the most part, though, he stayed in the U.S., especially New York, where he became the concertmaster and frequent soloist for the New Friends of Music Orchestra. Following the U.S. entry into World War II, he became director of chamber music for WQXR radio and played in two live programs each week as first violinist of the WQXR quartet. After the war, he left WQXR, and with Adolph Baller and Gabor Rejto, formed the Alma Trio. In 1946, he was involved in forming the Music Academy of the West in Santa Barbara, Calif., and in the early 1950s played a similar role in the formation of the Aspen Music festival. 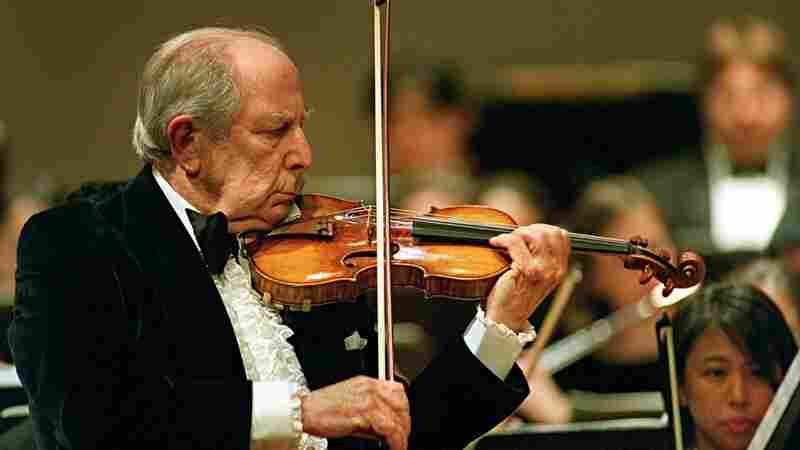 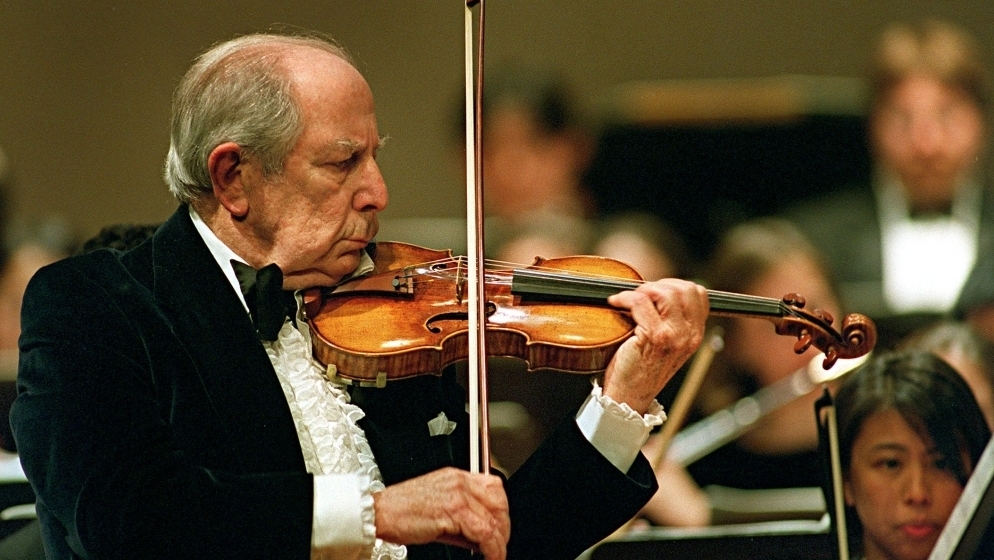 During these years, he soloed with every major orchestra in the U.S. and Europe, playing frequent recitals in major cities as well. An August 1957 review by The New York Times critic Howard Taubman called Totenberg "a brilliant performer" who "surmounted every technical hazard with ease, relating the thorniest passages to the design of the music. ... Like the composer himself, he was a searching singer."

In 2001, after a concert in Boston, the Boston Globe's Richard Dyer would write: "Totenberg's playing was miraculous. ... What he does is untracked, unadorned, but paradoxically profoundly mysterious in its very clarity. He was particularly spellbinding in the long cadenza he wove together himself in the close — this was pure storytelling enchantment."

While playing all of the classical repertoire, Totenberg also promoted contemporary music and composers. As a young violinist, he toured with Karol Szymanowski, eventually premiering his concerto with the Boston Symphony Orchestra. Among the other works he premiered were concertos by Samuel Barber, William Schuman, Gardner Read, and a capriccio by Krzysztof Penderecki. Totenberg first met composer Darius Milhaud in Paris after the violinist's debut there in the 1930s, which Milhaud reviewed. More than two decades later, Totenberg would premiere Milhaud's violin concerto, with the composer conducting, in Aspen, and in Germany with the Berlin Philharmonic. Totenberg also premiered sonatas written by Hindemith, Honegger, Martinu and others.

His teaching career, he often said, was even longer than his performance career, since he began at age 9 (his student was 8), and his teaching ended only at his death. In Boston, he was chairman of the strings department at Boston University from 1961-78, and was named co-chairman again in 1994, after a long stint as director of the Longy School of Music in Cambridge, Mass. In earlier years, he taught at the Mannes School of Music in New York City and was chairman of the string department at the Peabody Conservatory of Music in Baltimore.

In the summers, Totenberg always remained busy — teaching and playing, spending more than a decade in Aspen, at Tanglewood, and, for the last 37 years at Kneisel Hall in Blue Hill, Maine.

Over the years Totenberg recorded with all the major labels. Most recently, Arbiter Records has put out a series of remastered and digitized recordings of some of Totenberg's performances.

Totenberg's wife, Melanie, died in 1996. He is survived by three daughters: Nina Totenberg, legal affairs correspondent for NPR; Jill Totenberg, CEO of the Totenberg Group, a strategic corporate communications firm in New York; and Federal Judge Amy Totenberg of Atlanta. Among his other survivors are his niece, Elizabeth Wilk, of New York City; five grandchildren, including Melanie Totenberg, Emily Green, Clara Green, Sonya Green and Naomi Green, and thousands of students around the globe.