Accessibility links
Indiana Sen. Richard Lugar, A Senate Legend Undone By His Greatest Strength Richard Lugar's ability to reach across the aisle set him apart for more than three decades in the U.S. Senate. But it was that very tendency — and his close relationship with President Obama — that ended Lugar's career Tuesday night with a loss in Indiana's Republican primary.

A Senate Legend, Undone By His Greatest Strength

A Senate Legend, Undone By His Greatest Strength 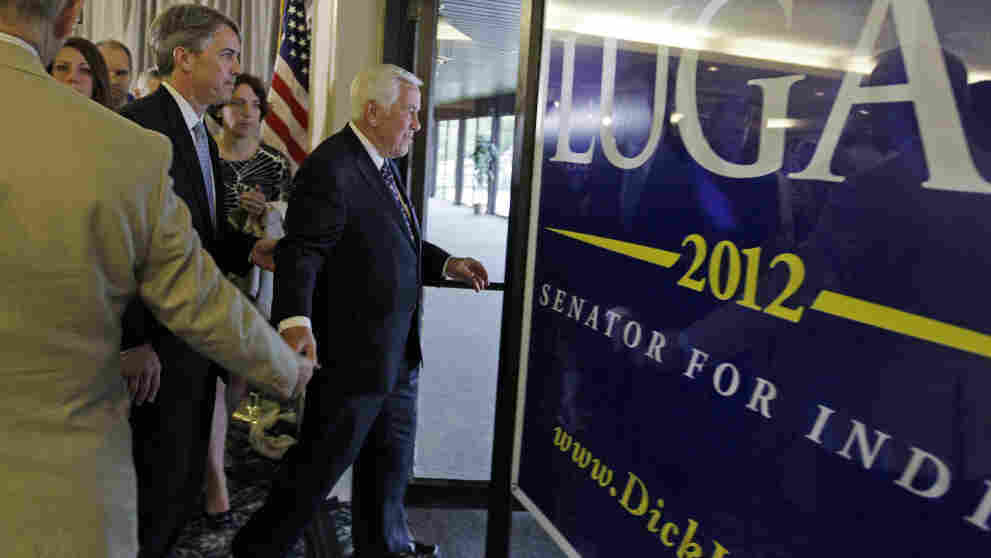 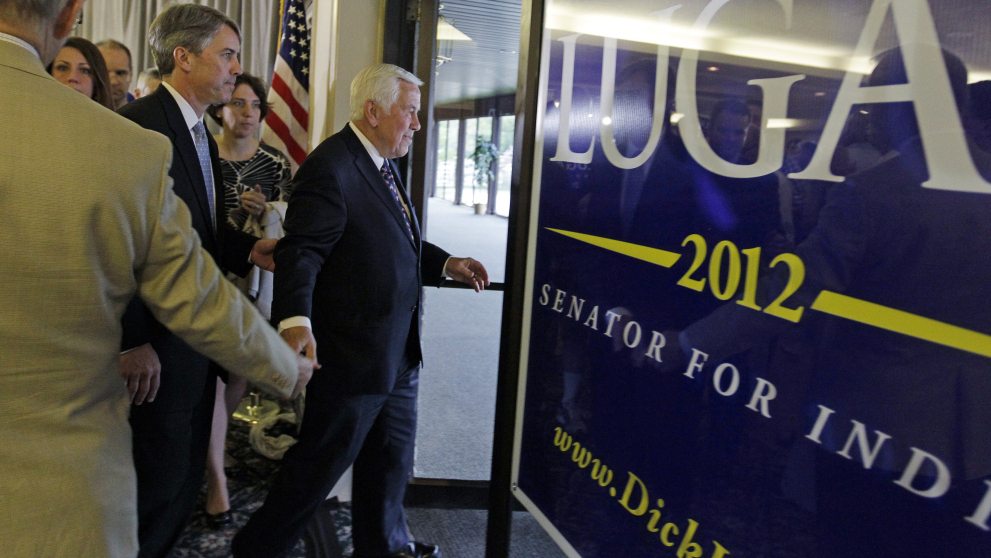 "Lugar understood that Obama was smart, interested in foreign policy and would bring star power" to the Senate Foreign Relations Committee that he chaired, says Shaw, author of the book Richard G. Lugar, Statesman of the Senate: Crafting Foreign Policy From Capitol Hill.

What Lugar could not have imagined at the time was that his characteristically collegial relationship with the future president would play a key role in ending his Senate run after 36 years.

There were many reasons for Lugar's loss Tuesday to Tea Party favorite Richard Mourdock in Indiana's Republican Senate primary. He turned 80 last month and ran a poor campaign. He was battered for not owning a home in the state and accused of being out of touch. He voted for the stimulus and the auto industry bailout.

But it was his friendship with Obama that, in the cauldron of hyperpartisanship, was most vividly turned against him by his own party. His well-known even-keel statesmanship, once admired in a state where he ran unopposed six years ago, was turned into his most glaring deficit.

A Legacy In Tact

As he prepares to leave the Senate, Lugar's admirers say the chamber — and the country — will be poorer without him.

"There is nobody, not one senator in the Republican Party today, who is in Dick Lugar's universe," says former Sen. Chuck Hagel, a Nebraska Republican who served 12 years in the Senate with Lugar.

There is nobody, not one senator in the Republican Party today, who is in Dick Lugar's universe.

"He's the kind of public servant and elected official the country expects and deserves," says Hagel, who served by his side on the foreign relations committee. "He's not driven by ideology, but makes decisions based on what's best for the country."

An Eagle Scout, Rhodes Scholar, mayor of Indianapolis at age 35 and U.S. senator since 1977, Lugar leaves a decades-long legacy of reducing risks of nuclear weapons. Perhaps his top legislative accomplishment was a bill he sponsored in 1992 with then-Sen. Sam Nunn, a Georgia Democrat.

The Cooperative Threat Reduction Program would come to be known as Nunn-Lugar, and it launched a continuing program with the initial post-Cold War aim of dismantling weapons of mass destruction in the former Soviet Union. (Nunn issued a statement Tuesday night, saying, "There is no doubt that the world is a safer place thanks to Dick Lugar.")

"He has been a person who has invested a lot of heart and soul and intelligence in trying to influence and shape foreign policy from Congress, from the Senate," says David J. Hadley, chairman of the political science department at Wabash College in Crawfordsville, Ind.

"The Senate and Indiana have lost a really significant figure in foreign policy," Hadley says. "I think that he could be ranked as one of the top statesmen of the Senate in the second half of the 20th century and early 21st century."

Shaw says that on a long bus ride in the Ukraine while reporting his book, he sat next to a Ukrainian foreign service officer who told him meeting Lugar was like meeting Michael Jackson.

"She told me that Lugar is a rock star in her country," Shaw says, because of his work in arms reduction.

Says Siegfried Hecker, a nuclear weapons specialist who is co-director at Stanford University's Center for International Security and Cooperation: "[Lugar] leaves an incredible legacy, having realized in 1991 that we were threatened more by Russia's weakness than its strength."

Hecker, emeritus director of Los Alamos National Laboratory, serves with Lugar on the board of the Nuclear Threat Initiative.

Writing On The Wall

Lugar's Republican detractors say his undoing was in the works long before Mourdock, the state treasurer, launched his challenge.

"Lugar's demise didn't start with the Tea Party," says Tripp Baird of the conservative Heritage Action for America. "This is a product of the electorate — they don't want milquetoast solutions anymore. The tipping point is here."

The political landscape has shifted dramatically over the past several years for Republicans like Lugar, Hagel says.

"You're penalized in the Republican Party today if you have a relationship" with someone outside the party, he says. "What's the point of that? I remember a time when a relationship with a president was pretty significant and people used to be proud of that.

"That we have gotten to the point where that's devalued, where it's a liability, is astounding to me."

But in an environment where Congress is deeply unpopular, a 35-year-plus incumbent is deeply suspect, says Shaw, the author.

If his admirers point to a low point in Lugar's career, it was his failure to communicate to the Bush administration his reservations about the Iraq War.

Lugar was seen by many who shared those doubts as the person best equipped to make a case against the war.

"A lot of people thought only Lugar had the stature to step up and say something's wrong, to slow down the rush to war," Shaw says.

Instead, Lugar relied, ineffectively, on his mode of quiet persuasion.

"His style was not to be pushy, or out front and forceful," says Hagel, who says he thought Lugar should have been far more forceful. "But he wasn't that, and he always remained true to himself."

It wasn't until June 2007 that Lugar took to the Senate floor to say the Iraq strategy wasn't working — an admission, Shaw says, that "his quiet diplomacy on Iraq failed."

While Tea Party and free-market Republicans cheer Lugar's defeat, he will likely be defined more by his singular career than by his ignominious end at a time when the electorate seems disinterested in foreign affairs.

He has worked with Democratic and Republican administrations, Hagel says, and been asked to serve often as a special envoy, shaping and framing the big international issues of the last four decades.

"Dick Lugar has never been, partly to his political peril, a guy to seek headlines or go on television and capsulize things in catchy little bumper-sticker phrases," Hagel says. "He always was a statesman."

On Tuesday night, the man Lugar welcomed into the Senate eight years ago issued a statement after the primary results became clear.

"While Dick and I didn't always agree on everything," President Obama said, "I found during my time in the Senate that he was often willing to reach across the aisle and get things done. My administration's efforts to secure the world's most dangerous weapons has been based on the work that Sen. Lugar began, as well as the bipartisan cooperation we forged during my first overseas trip as senator to Russia, Ukraine and Azerbaijan.

"Sen. Lugar comes from a tradition of strong, bipartisan leadership on national security that helped us prevail in the Cold War and sustain American leadership ever since. He has served his constituents and his country well, and I wish him all the best in his future endeavors."