Accessibility links
China Mieville's 'Railsea': 'Moby-Dick' Remixed The new novel reimagines Moby-Dick in a future where the oceans have become barren wastelands teeming with fantastical carnivores, and crisscrossed by a network of railroads. 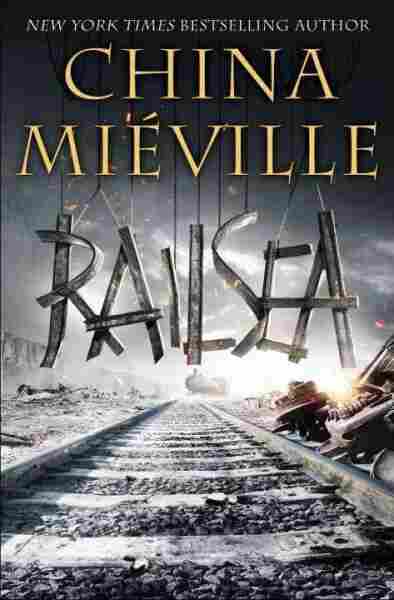 In his new novel, China Mieville brings Moby-Dick to dry land. The world of Railsea consists of continents and islands linked by train tracks (these are the railsea), and populated by frightening creatures (enormous mole rats, "greatstoats," meat-eating earwigs). Some train crews pursue trade; others are "salvors," living off what they can find, repair and resell from wrecks. The nomadic, low-tech Bajjer tribes spend their whole lives in trains propelled by sails. The most romantic of trainmen are "molers," who ply the railsea in search of great burrowing prey. Each moletrain's captain has her own "philosophy," the majestic, nearly unattainable quarry of a lifelong quest.

Captain Naphi of the moletrain Medes, for example, pursues Mocker-Jack, an "old-tooth-colored ... great southern moldywarpe" more often rumored than seen: "There's nowhere I'd go and nothing I'd not cross to reach it," she says. Our hero and guide to the Medes is young Sham Yes ap Soorap, reluctant apprentice to the train's doctor. When the Medes investigates a wreck, Sham finds a film clip that serves as a treasure map, and perhaps a metaphysical key to the origin of this world. Mieville's jocular narrator follows Sham and Captain Naphi, separately and together, as Sham gets captured by a murderous pirate train, escapes to a desert island, and becomes — along with his loyal pet bat — the reluctant navigator on a train trip to "the end of the line," "the world beyond the railsea," "Heaven," whatever it turns out to be.

Railsea is, frankly, a book full of Moby-Dick jokes. But Railsea does not ever feel like satire, nor like a simple homage from Mieville to Melville: Instead, it feels like a great adventure, meant for girls and boys, as well as for the grown-up readers of science fiction and fantasy who admire the complicated worlds Mieville built for such adult novels as Perdido Street Station and Embassytown. (Compared with Un Lun Dun, Mieville's previous novel for youngish readers, this one feels more focused, cleaner, much less consciously English.) 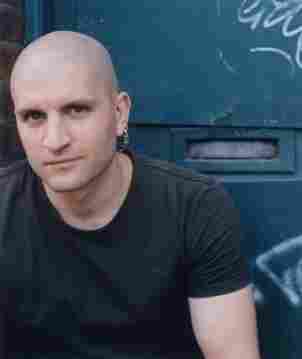 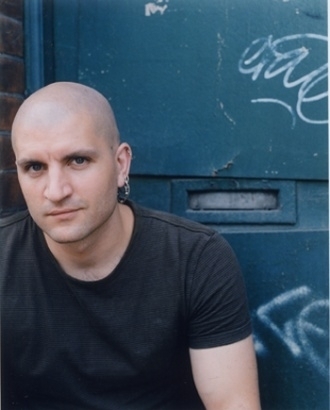 Mieville built Railsea with timbers from Moby-Dick, but also with canvas and rigging from Robert Louis Stevenson's seaborne adventures for boys, Treasure Island and Kidnapped! (His afterword thanks these and other sources.) Sham is not so much our Ishmael as our Jim Hawkins, and he makes further discoveries — finds further trouble — through bonds he makes with other youths. One turns out to be a duplicitous kidnapper; two more, a brother and sister, leave metropolitan Manihiki City, "the centre of the world," on their own beat-up train in order to finish the voyage of discovery on which two of their three parents (Manihikian kids have three parents) disappeared.

Mieville again shows his gifts for linguistic invention: real 21st century lingo ("fail" as a noun) meets quirky typography ("&" for "and"), made-up technical terms ("ferroviaoceanology, the study of the railsea's iron lines"), synthetic religion (one god is "That Apt Ohm"), fanciful beasts and a trove of trainmen's lore. And yet the prose moves fast; it advances the plot, even when that plot and its props offer neat metaphors for narrative itself, where "every rail demands consideration of every other, & all the branches onto which that other rail might switch." (Readers can also see Mieville's own pen-and-ink drawings of the railsea's oddball beasts.)

Along with torqued English, weird animals and grandly detailed locales, Mieville's fans expect anti-establishment, far-left politics. That train takes awhile to pull in, but it does arrive. At first, the world of molers and salvors, islands and trainmen, chasing profit or simple survival, looks cool — you might want to spend a week there. As you learn more about that world — about the "bad air" that disfigures the mountaintops, about the sheer extent of those old wrecks — you may wonder how it got there, and whose interests it serves, or once served.

The answer turns out to be a funny, far-reaching indictment of modern capitalism, with its dependence on growth, debt and ambition, as well as another joke about classic sea novels. It's a sudden but satisfying destination for a tale that you can also read as a meta-meditation on how to tell a story or build a world; as homage to Melville and Stevenson and other precursors, such as Daniel Defoe; or as a riveting ferronautical yarn.

Read an excerpt of Railsea

Stephen Burt is professor of English at Harvard. His books include The Art of the Sonnet, with David Mikics; and Close Calls with Nonsense: Reading New Poetry. His next collection of poems, Belmont, will appear in 2013. His newest book is Why I Am Not a Toddler.