Accessibility links
'Dark Shadows': The Birth Of The Modern TV Vampire When it comes to monsters on television, vampires have the market cornered. And so popular are TV vampires that opening this weekend is a movie based on the grand-sire of all vampire TV shows: Dark Shadows. Elizabeth Blair takes a look at the evolution of a TV character that will never die. 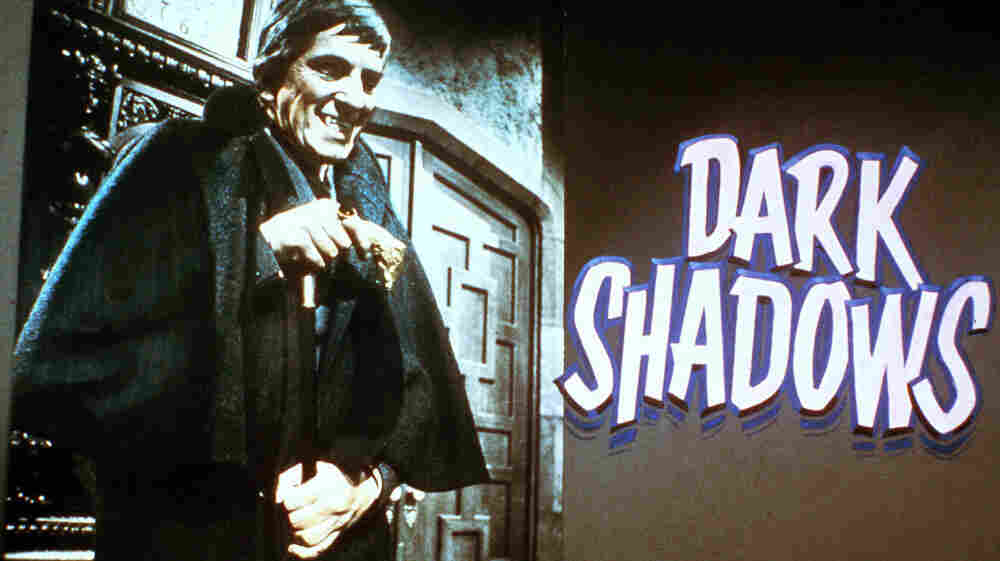 When it comes to monsters on television, vampires have the market more or less cornered. Think about it: Buffy the Vampire Slayer, True Blood, The Vampire Diaries ...

Vampires' enduring popularity on TV may not be eternal, but they have been appearing on the small screen for decades. Mark Dawidziak, who's written books about vampires and teaches a class at Kent State University on their appearances in film and TV, says that part of the way vampires have remained a force in popular culture is through their evolution on TV.

"The great innovations, as far as vampire characters go," Dawidziak says, "always have come from either the printed page or television. Television has contributed as much if not more than movies ever have."

Let's do a little TV vampire-hunting through the decades. They've been in comedies like The Munsters, on Sesame Street, and of course sexy nighttime dramas like True Blood. One of the earliest TV vampires was featured on Dark Shadows. 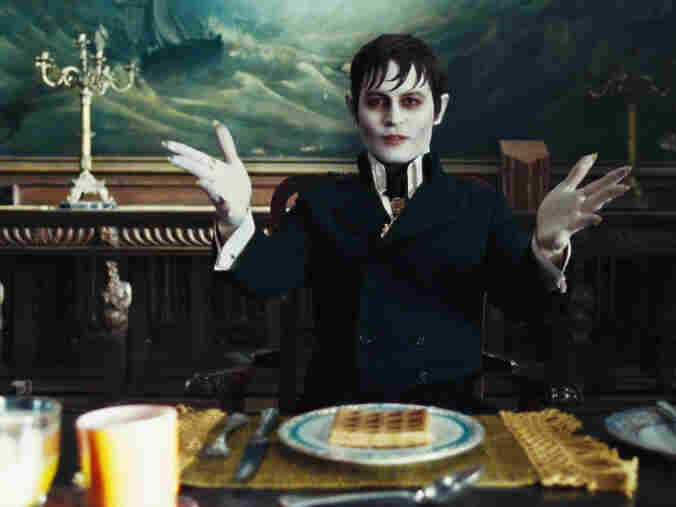 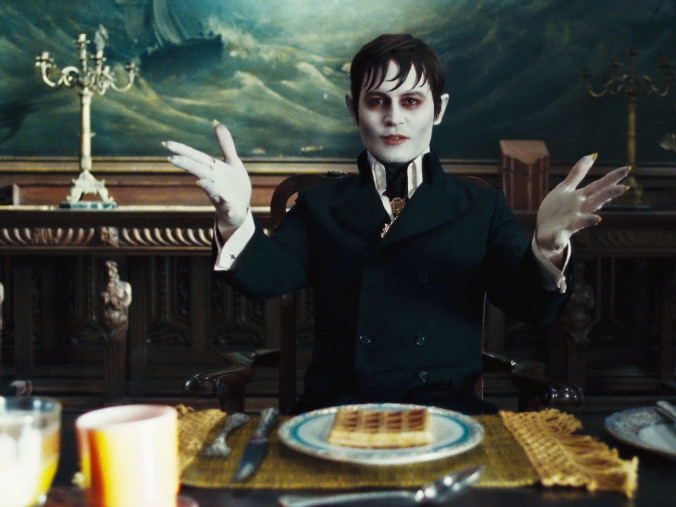 In the new film adaptation of Dark Shadows, Johnny Depp plays Barnabas. Seth Grahame-Smith, author of Abraham Lincoln: Vampire Hunter, wrote the screenplay for the movie and says the idea of living forever as a vampire continues to fascinate.

Eerie theremin music, the dulcet tones of Victoria Winters, along with crashing waves on a rocky coastline, marked the beginning of Dark Shadows, the gothic soap opera that ran every weekday afternoon on ABC from 1966 to 1971, for a grand total of 1,225 episodes. But if you watch any of the first 200 installments, you won't see vampires.

The show was set at Collinwood, a creepy old mansion on the Maine coast that was home to the wealthy Collins family. While the show had supernatural elements from the start, they were mostly suggested, not seen.

"And the show was going down the tubes," according to Dan Curtis, the late creator of the series. In a commentary on a special-edition DVD, Curtis says that ABC was ready to cancel the series. Curtis' kids told him, "At least make it scary."

So he — and the special-effects shop — introduced a ghost you could see.

"From that moment, the ratings started to climb," Curtis said. "And they got higher and higher the crazier we got."

So Curtis added more ghosts — and then a vampire.

Wearing a cape, and stiff as a board, Barnabas Collins arrived on the scene to claim his former ancestral home as his own. He was played by the late Jonathan Frid, who wasn't really a pretty boy like today's TV vampires.

Jonathan Frid's Barnabas was so popular, in fact, that the show's producers couldn't drive a stake through his heart at the end of his 90-day contract as originally planned. Instead, he became the star of Dark Shadows.

"The genius of the Barnabas Collins character," Dawidziak says, "was that Barnabas is the first vampire who questions his own nature. Barnabas said, 'Do I have to be like this?' " 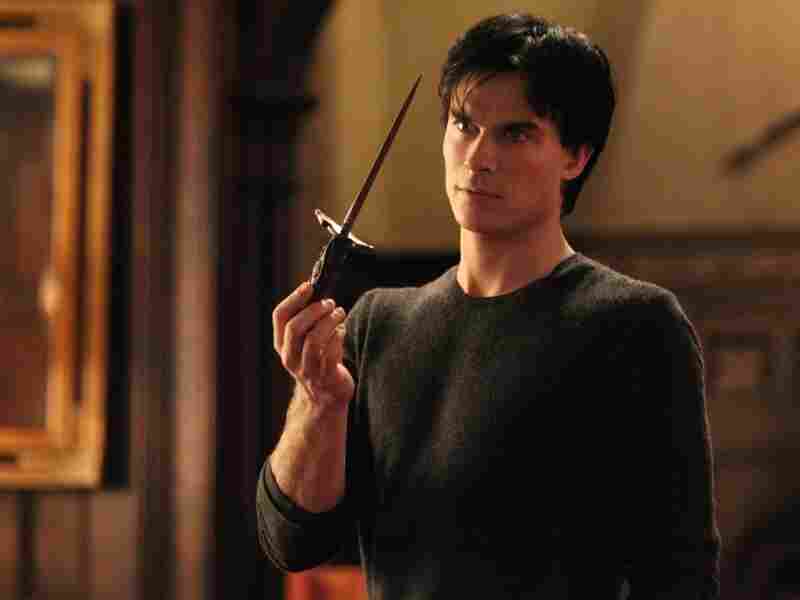 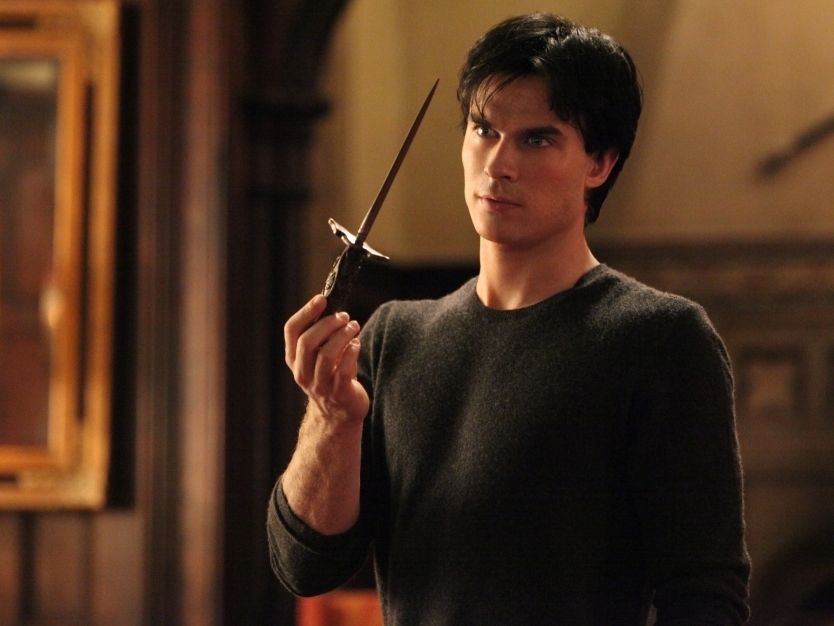 Ian Somerhalder plays the charming and dangerous Damon Salvatore on The Vampire Diaries, a gothic soap opera that shares some similarities with Dark Shadows.

By giving Barnabas a conscience — and relationships — Dark Shadows opened up all kinds of possibilities for vampies, says Dawidziak.

More than four decades later, just about every vampire on TV still owes a debt to Dark Shadows, right down to The Vampire Diaries on The CW. The show is also a Gothic soap opera — but with two big differences: significantly better production values; and its vampires are mostly teenagers.

The show's co-creator Julie Plec says the coming-of-age idea is something they got from another TV show, Buffy the Vampire Slayer, created by Joss Whedon.

"Joss Whedon sort of gets the super gold star for the high-school-is-hell allegory," Plec says. "And that was the beauty of Buffy the Vampire Slayer. ... This idea that the worst thing that happens is you finally give up your virginity to your one true love, and the next day he turns into an evil, murderous vampire."

But all of these contemporary vampires wouldn't exist without Frid's Barnabas Collins, says Kathryn Leigh Scott.

"I think they all emanate from him. He's the granddaddy of all of them," she says.

Frid died in April, but he and Scott and other actors from the Dark Shadows TV show have cameos in the new movie. Johnny Depp — who was a fan of the original — plays Barnabas Collins. And like the original, his Barnabas apologizes before sucking people's blood.