Accessibility links
'Miles Davis And Gil Evans: Still Ahead' On JazzSet In three collaborations in the late 1950s, Gil Evans and Miles Davis steered their projects into a new era for jazz. Terence Blanchard plays Davis' role with commitment and emotion in this set. 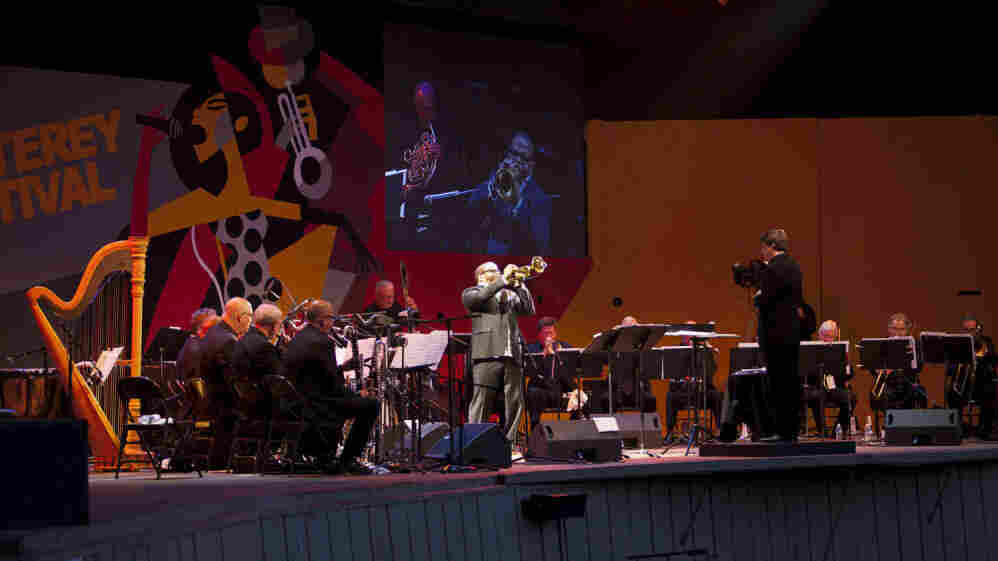 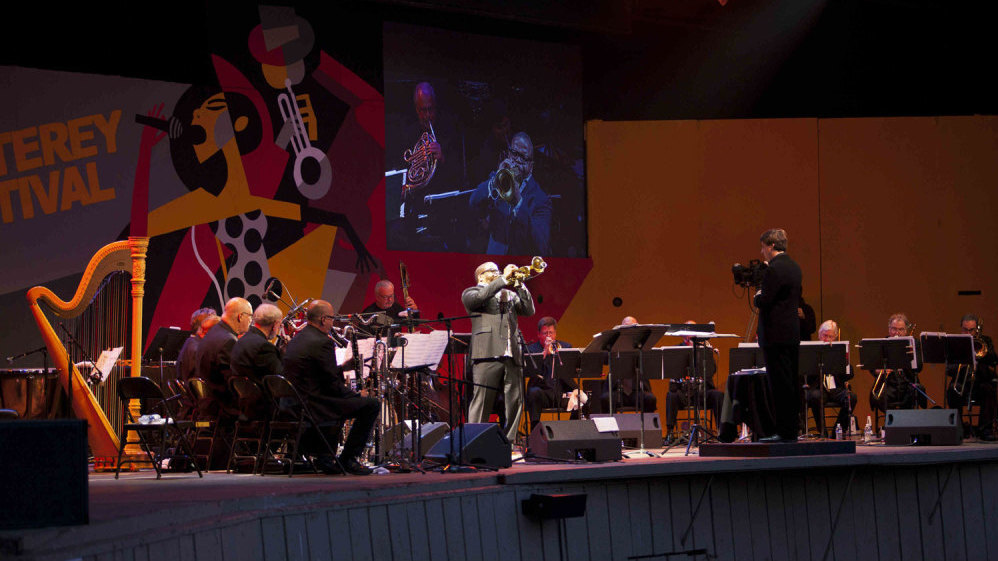 Terence Blanchard plays the role of Miles Davis' trumpet with commitment and emotion at Monterey.

'Miles Davis And Gil Evans: Still Ahead' On JazzSetWBGO

Gil Evans was born on May 13, 1912. In three collaborations in the late 1950s, he and his friend and Miles Davis steered their projects into a new era for jazz.

Their first album was Miles Ahead. This Monterey Jazz Festival concert is called "Still Ahead," with music from the pair's second and third records, Porgy and Bess and Sketches of Spain.

Porgy and Bess, by George and Ira Gershwin, was the first Miles Davis stereo LP, coming out in 1958. A reworked Porgy and Bess was running on Broadway then (and again in 2012), and Nina Simone had a hit with "I Loves You, Porgy." In Davis and Evans' hands, French horns and tuba enter the brass section; the piano is subtracted from the orchestra. Davis takes the solos — he's Porgy, Bess, Sportin' Life and all. For Evans' riff, as well as Davis' reading, the jazz critic Martin Williams included "Summertime" in the 1973 Smithsonian Collection of Classic Jazz.

In between Porgy and Spain, Miles Davis made the greatest-selling jazz album of all time, Kind of Blue. Then, released in 1960, Sketches of Spain was even more colorful, beginning with the cover art. Remember the gold sky and red earth, and Davis with his trumpet sketched in a silhouette on the horizon? Classic. Castanets and tambourine, flutes, oboe, bassoon and harp expand the ensemble. Davis is the only soloist and the music comes from southern Spain. Joaquin Rodrigo's Concierto de Aranjuez was originally composed for guitar and orchestra, and "Saeta" and "Solea" are flamenco songs, although the sketches are only approximations of flamenco rhythm.

On our JazzSet, Terence Blanchard is the trumpeter, and he plays the role with commitment and emotion. Some in the audience were in tears. Musical director Vince Mendoza conducts the orchestra, and these Los Angeles-based musicians nail the challenging scores. The Still Ahead Orchestra project producer, Festival West's Darlene Chan — also a legend — once produced a Miles Davis-Gil Evans concert in Berkeley, Calif., in 1968. The Monterey Jazz Festival's artistic director Tim Jackson proudly produced this live concert for the 54th Annual Monterey Jazz Festival.

Selections From Porgy And Bess

Selections From Sketches Of Spain

Onsite recording by Ron Davis of A Wing and A Prayer Productions. Surround Sound mix by Duke Markos.