Accessibility links
Romney's Views On Gay Marriage: Also Evolving? President Obama said his position on gay marriage "evolved" over time, and a case can be made that GOP presidential candidate Mitt Romney's views on gay rights have changed as well. Though Romney says his position has been consistent; activists don't see it that way. 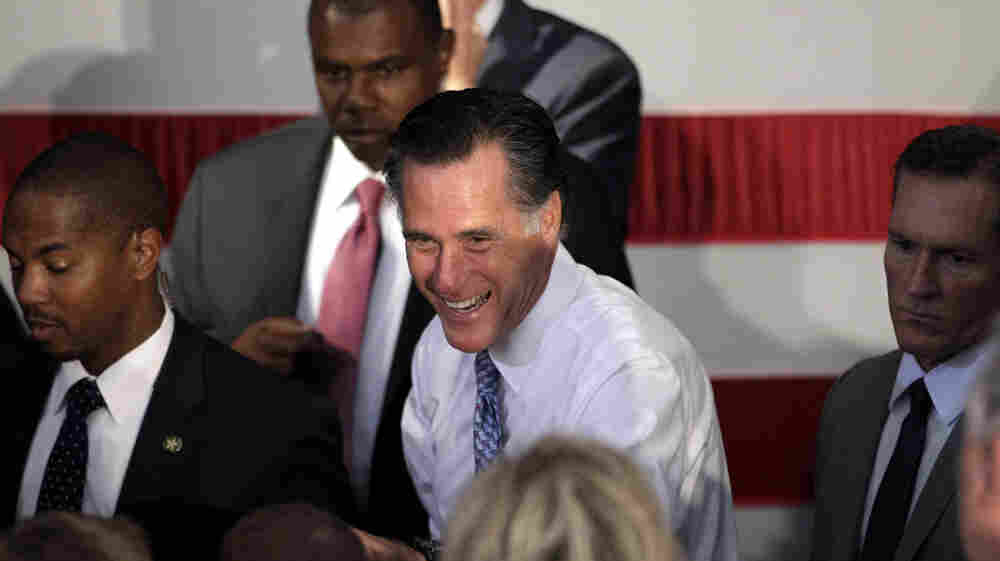 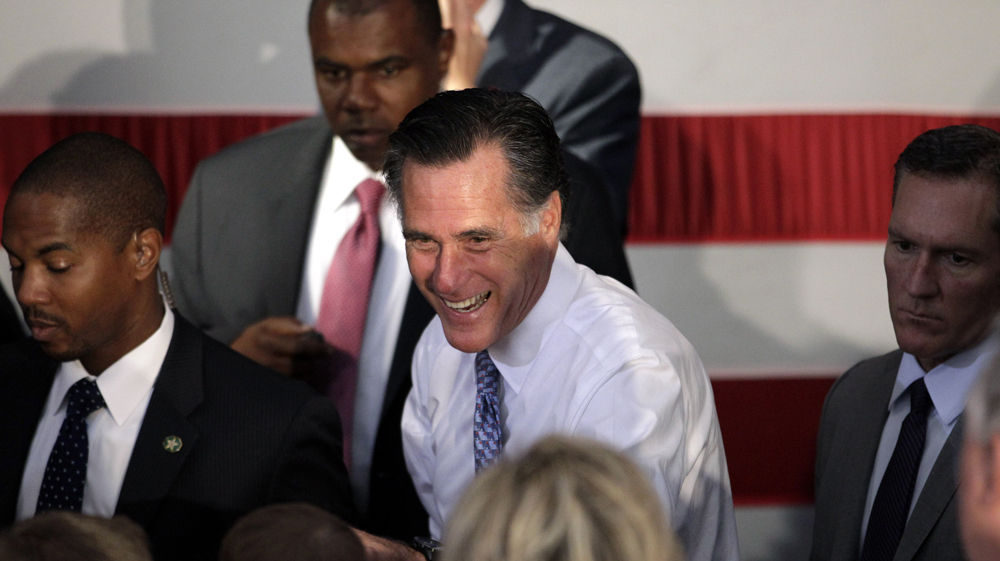 A day after President Obama announced his support for gay marriage, Republican presidential candidate Mitt Romney avoided the issue at a campaign appearance Thursday in Nebraska.

But in an interview with Fox News, he reiterated his belief that same-sex couples should not be allowed to marry.

Obama has said his position on gay marriage "evolved" over time, and a case can be made that Romney's views on gay rights have changed as well.

Romney has long been accused of hedging on issues like gay rights, but Wednesday he insisted his position on same-sex marriage is clear: "My view is that marriage itself is a relationship between a man and a woman. And that's my own preference."

Unlike Obama, Romney says he hasn't changed at all. "I have the same view that I've had since running for office," he said.

But that could depend on which office he means. Back when Romney was running for the U.S. Senate in 1994, he promised to be a champion for "full equality" for gays and lesbians — which many understood to include even gay marriage.

"His campaign distributed at the gay pride parade pink flyers that asserted that he would be a better and a stronger advocate than Ted Kennedy," recalls lobbyist Arlene Isaacson.

She says just a few years later, everything changed — after Romney was elected governor in 2002, and a Massachusetts supreme court decision in 2003 paved the way for gay marriage the next year.

"Once he became governor and had his eye on the White House, he totally flipped," she says. "It was across-the-board prohibition of any small bite of equality for the gay community."

Romney did everything he could to keep Massachusetts from becoming the "Las Vegas of gay marriage," backing a constitutional ban at the state and federal levels. But he denies any inconsistency, saying when he said he was for equality, he meant in employment and housing — not marriage.

But even there, gay rights advocates take issue. In 1994, for example, Romney favored the idea of gays serving openly in the military. But by the time he ran for president in 2008, he argued against it. Also, after first backing legislation to protect gays and lesbians from job discrimination, Romney now opposes it.

"You can't say, on the one hand, that you don't want to discriminate against people and, on the other hand, say that you don't think they should have any rights," says longtime Democratic activist Richard Socarides. "He calls them special rights."

R. Clarke Cooper, head of the gay organization the Log Cabin Republicans, agrees: "He's parsed his words in a way that almost seems to some like he wants it both ways."

Cooper says two days ago, Obama would have been accused of the same thing. But now, Cooper says, Romney faces a new challenge.

"It is a vulnerability. You've got the presumed nominee from my party who is left now holding the bag, so to speak," he says.

Cooper says Romney will face mounting pressure to clarify what kind of equality he does support.

No one expects him to do an about-face on marriage, but Cooper says Romney may well soften his tone or shift emphasis. There have been hints of that already. Romney restated Thursday that he thinks it's fine for gay couples to adopt children. On Wednesday, Romney called gay marriage a "tender" issue and chose his words carefully about civil unions.

"I don't favor civil unions if they're identical to marriage other than by name. My view is that domestic partnership benefits, hospital visitation rights and the like are appropriate," Romney said.

"Essentially he was trying to put forward language that left the door open," says Cooper, who says it's always the way politicians start evolving.

"We've seen this in the House and the Senate. Lawmakers started out talking that way and then eventually got to the point where they fully were in support," he says.

But Brian Brown with the National Organization for Marriage says any suggestion that Romney is softening his stand is just wishful thinking: "They're making things up."

"Mitt Romney yesterday said [he's] not going to change this position, at this point or ever," Brown says.

Romney will benefit by underscoring the new sharp contrast with Obama, Brown says. "The mask is off. President Obama has made quite clear where he stands and this does not fly in places where Democrats have to win," he says.

Brown says the approval this week of a constitutional ban on gay marriage in North Carolina proves the point.

Previous versions of this story implied that a Massachusetts court legalized gay marriage in 2002. The court made its decision in 2003, and the first same-sex marriages began on May 17, 2004.