Accessibility links
Simon Doonan: Who Are You Wearing? We learn a thing or two about fashion when our Mystery Guest joins Ophira to judge some regrettable style choices of the Ask Me Another staff. The tables turn when we challenge his couture know-how with a quiz that's tailored just for him.

I'm not that helpful gay. I give very anarchic, demented advice.

Simon Doonan, style guru and Creative Ambassador at Large for Barneys New York, believes he can sometimes dish out style tips that verge on appalling. "I'm not that helpful gay," he tells Ask Me Another host Ophira Eisenberg, "I give very anarchic, demented advice." But with a little prodding, Doonan turns his fashionably critical eye toward some regrettable, yet hilarious style choices of the Ask Me Another staff. Turns out, a pair of wacky purple glasses is best for developing one's "signature flourish." Similarly tongue-in-cheek advice is found in Doonan's latest book, Gay Men Don't Get Fat, which is part memoir and part self-help guide for straight people. 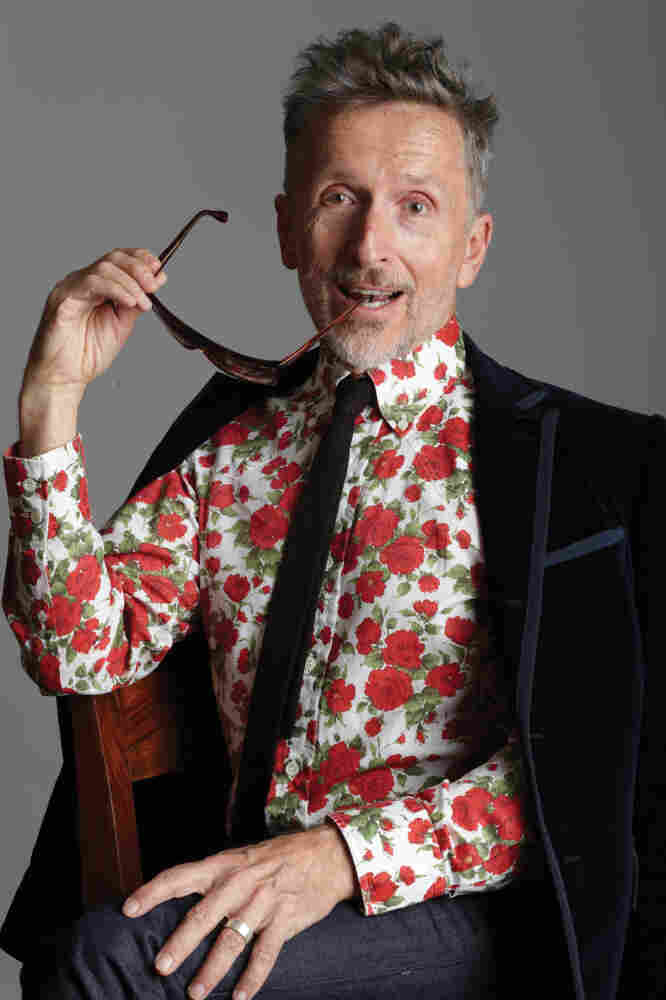 "All over America, people are making kamikaze choices about what to wear. They are misrepresenting the goods. They are letting their clothes write checks that their personalities cannot cash." — Simon Doonan, Eccentric Glamour Albert Sanchez/Simon Doonan hide caption 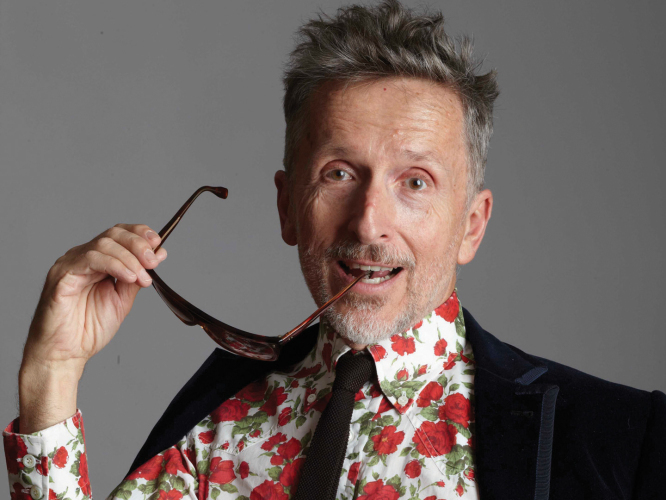 "All over America, people are making kamikaze choices about what to wear. They are misrepresenting the goods. They are letting their clothes write checks that their personalities cannot cash." — Simon Doonan, Eccentric Glamour

We put Doonan's couture know-how to the test in an Ask Me Another Challenge about iconic fashion moments, called "Who Are You Wearing?" Plus, this week's lucky winner receives an enviable gift of lunch at Barneys and a personal closet consultation from Doonan himself. J'adore!

What Not To Wear... On The Radio

Writer, bon-vivant, window dresser and fashion commentator Simon Doonan has more than three decades of experience in the fashion industry.

Doonan has written five books: Confessions of a Window Dresser, Wacky Chicks, a memoir entitled Beautiful People and Eccentric Glamour. His latest book is Gay Men Don't Get Fat. He has written regularly for The New York Observer, The Daily Beast, and currently writes the Slate column, Notes from the Fashion Apocalypse.

A TV comedy series based on Beautiful People aired in the UK, the US and Australia. Simon has been a regular guest on America's Next Top Model, VH1, Full Frontal Fashion and The Joy Behar Show.

Doonan has won many awards for his window designs, including the Council of Fashion Designers of America Award. In 2009 he was invited by President and Mrs. Obama to decorate the White House for the Holidays. In 2010 Simon was commissioned by Target to design the season's Halloween costumes.

Simon Doonan lives in New York City with his partner, the ceramicist and designer Jonathan Adler, and their Norwich terrier Liberace.

In the video below, Simon Doonan gives a tour of the Barney's New York display studio for his tongue-in-cheek style guide, Eccentric Glamour.