Accessibility links
A Mother And Son, And 'The Good Side Of Things' Born in 1948 with spina bifida, Dennis McLaughlin was missing several vertebrae and unable to use his legs. His mother, Theresa, was a single mom, working in a paper mill near Portland, Maine. He interviewed her to thank her for how she raised him. 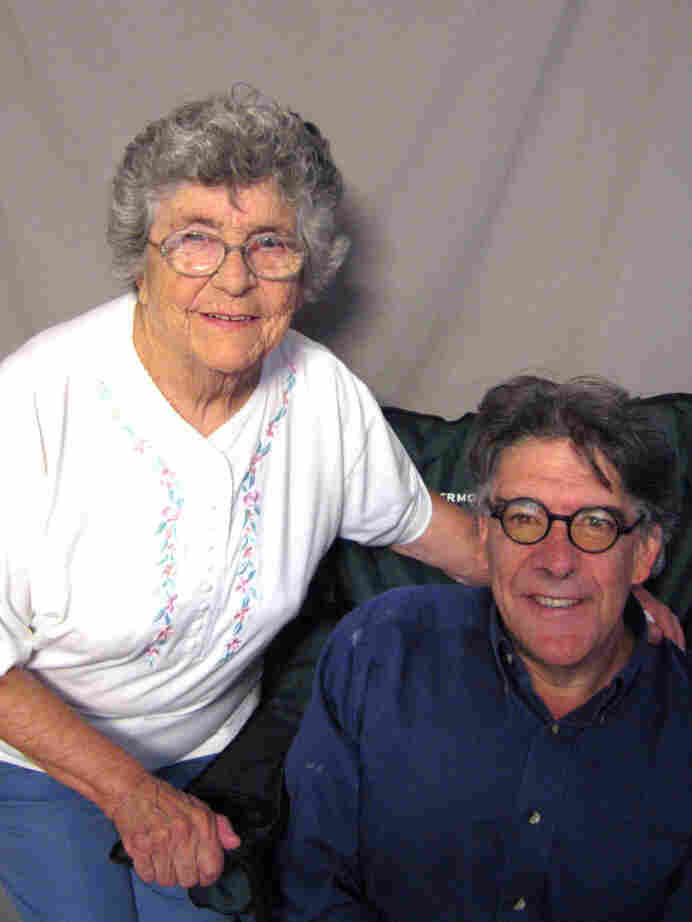 Dennis McLaughlin interviewed his mom, Theresa, at StoryCorps in Portland, Maine, to thank her for how she raised him. StoryCorps hide caption 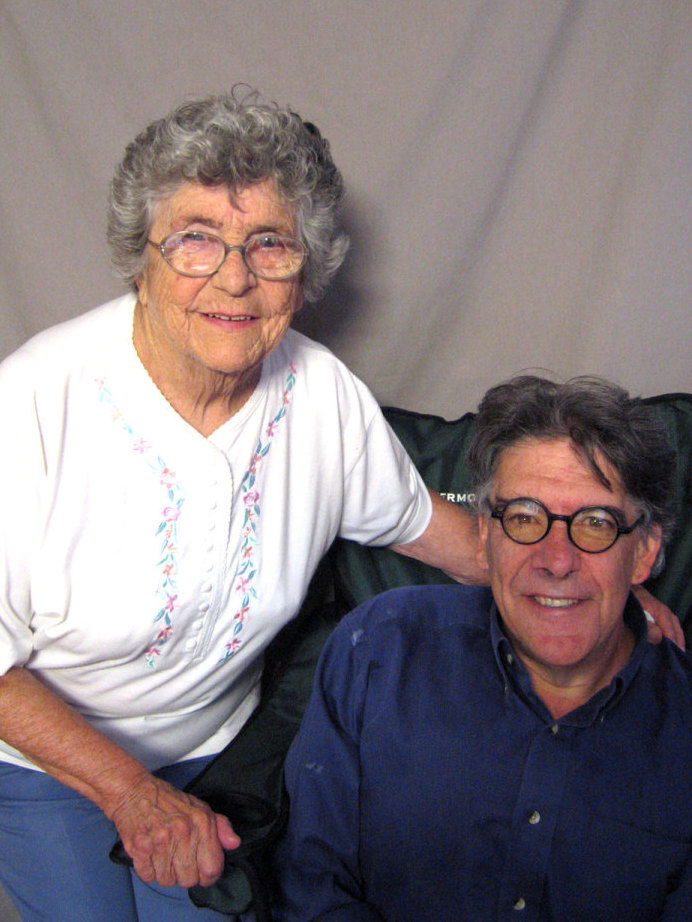 Dennis McLaughlin interviewed his mom, Theresa, at StoryCorps in Portland, Maine, to thank her for how she raised him.

Dennis McLaughlin interviewed his mom, Theresa, to thank her for how she raised him. Born in 1948 with spina bifida, he was missing several vertebrae and was unable to use his legs. Theresa was a single mom, working in a paper mill near Portland, Maine.

"When you were 1 year old, your grandfather McLaughlin built you a little wheelchair," Theresa says, "built it out of wood that he had and wheels from a tricycle, and you got around in that very, very well."

Theresa and Dennis' father split up when Dennis was little. She never remarried. She has another son, who is younger than Dennis.

"I remember I spent a lot of time in the hospital, in Springfield, Mass.," Dennis says. "And a few years ago, it suddenly dawned on me what an incredibly long trip that was. What did you have to do to come and see me?"

"Well, we lived so far away that I couldn't go more than once or twice a month," Theresa says. "And I didn't have a car, so I had to take the bus."

Before he was 7, Dennis was twice admitted to Shriner's Hospital in Springfield, more than 180 miles south of their home in Westbrook, Maine. In those days, Theresa worked in a mill across the street from their house.

"I worked 6 to midnight so that I could be with you all day long," she says. "And it was very difficult leaving you because the minute you'd see me putting on my coat, you'd start to cry. And then I'd hear you crying all the way down the hall. But, I mean, every minute that I spent with you was well worth it."

"It was like a shock, but one doctor told me, 'Dennis will roll with the best of them,'" Theresa says with a laugh. "And you always have."

These days, Dennis lives in Portland with his wife and two children. Theresa, 88, lives with them. She remembers Dennis having a good attitude about his life, even as he faced its challenges.

"I remember one instance when you and the neighborhood kids were talking about what you going to be when you get big," Theresa says. "When it got to you, you said, 'I'm going in the Army.' And one of your friends said, 'You dummy, you can't go in the Army; you can't march.' You said, 'No, but I can ride in a Jeep.' So, you always looked at the good side of things."

"I'm that way because of the attitude that you had," Dennis says. "You know, I think it's just kind of the luck of the draw what family you're born into. And some people aren't so lucky, and some people are very, very fortunate, and I'm one of them."

"You've been a wonderful son," Theresa says. "I couldn't ask for any better."