Accessibility links
Big Losing Bet Tarnishes Wall Street Titan JPMorgan JPMorgan Chase was one of the few major banking companies to emerge from the financial crisis with its reputation intact. Now, with revelations that it lost at least $2 billion in a hedging strategy gone wrong, that reputation is in tatters. And analysts say the loss raises doubts about other U.S. banks. 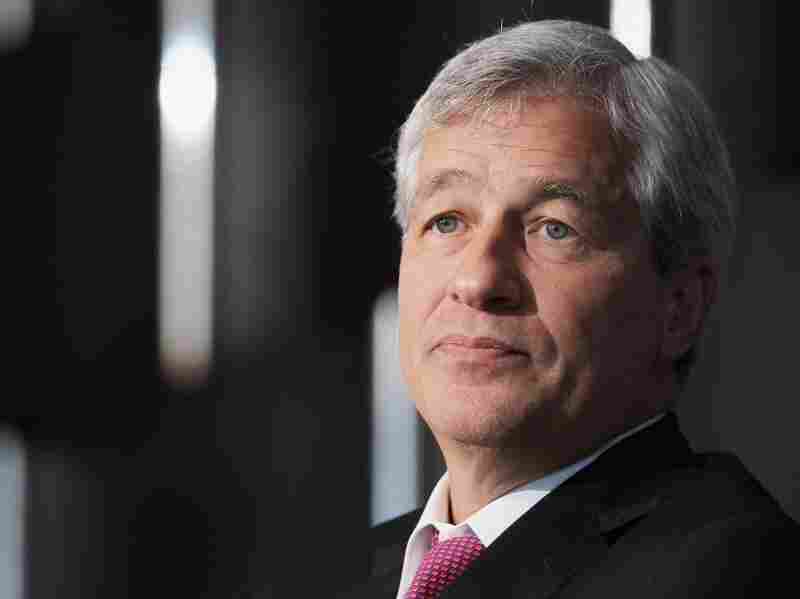 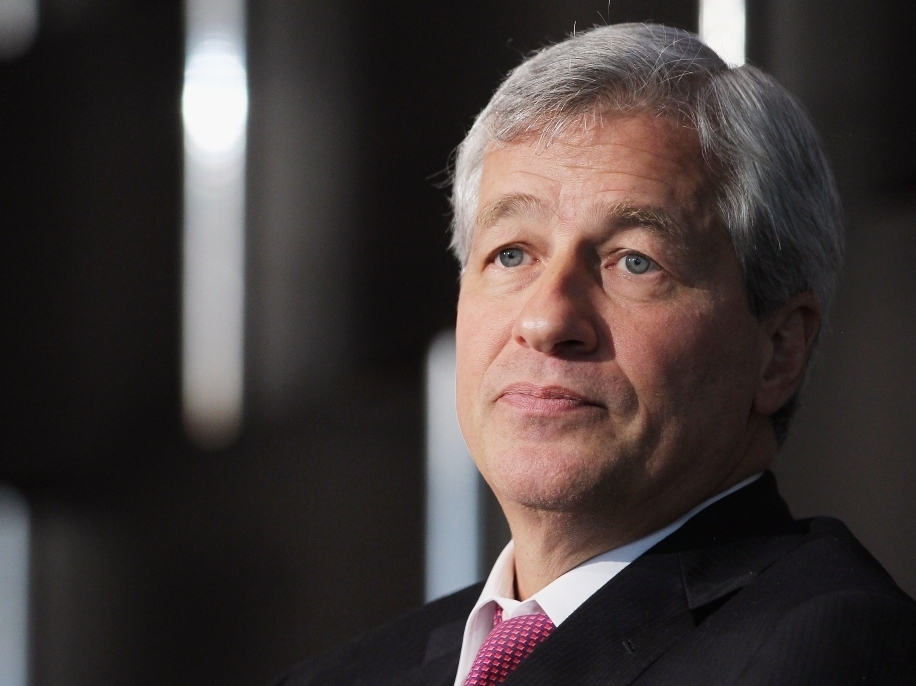 JPMorgan Chase is licking its wounds after announcing that it lost at least $2 billion in a hedging strategy that went terribly wrong. The announcement late Thursday sent the bank's shares tumbling more than 9 percent on Friday.

Meanwhile, regulators on both sides of the Atlantic have begun looking into what happened. And there were calls Friday for tighter restrictions on the kind of trades the bank engaged in.

It was the kind of ardent mea culpa that's rarely heard on Wall Street. Jamie Dimon, the revered chief executive of JPMorgan Chase, told analysts late Thursday that the company had screwed up. A unit of the bank that's supposed to manage risk had made a big bet on its loan portfolio, he said, and the bet had backfired.

"We have more work to do but it's obvious at this point that there were many errors, sloppiness and bag judgment," Dimon said.

The admission was especially embarrassing for Dimon because he had recently denied there were any problems. He admitted that he looked into the bad trades only after questions were raised by Bloomberg and The Wall Street Journal.

Bank analyst Nancy Bush, contributing editor to SNL Financial, found that especially surprising. "And as somebody who has known Mr. Dimon for quite a long time, I went, 'Holy mackerel. What are you talking about?' Because how did you not know about this? How could you not have known that this was going on?" Bush said.

Here we are, three years later, still with some suggestion that these institutions are still taking fairly large risks.

On Friday, the bank's big loss was the talk of the financial world. JPMorgan Chase was one of the few major banking companies to emerge from the financial crisis with its reputation intact. Now, that reputation is in tatters.

The bank's losses amount to at least $2 billion — and could be even higher. That's not a crushing blow for a company the size of JPMorgan Chase, and even with the losses it's likely to finish this quarter with a nice profit.

But John Makin, research fellow at the American Enterprise Institute, says it raises troubling questions about the U.S. banking business.

"Here's this story about JPMorgan having taken a big loss which they can manage, but it makes you wonder, are others taking such big losses just at a time when the European financial sector is under heavy stress?" he said.

Makin said the losses are especially disturbing because they come so soon after the 2008 financial crisis, when many major banks had to be bailed out.

"Here we are, three years later, still with some suggestion that these institutions are still taking fairly large risks," he said.

Makin said what happened at JPMorgan Chase underscores the need to implement the so-called Volcker rule, which would bar big banks from trading their own funds. The rule is supposed to take effect in July, but banks won't have to fully comply with it for two years.

JPMorgan Chase insisted Thursday that the failed trades were part of a hedging strategy and the Volcker rule wouldn't have applied to them.

But Michigan Sen. Carl Levin, D-Mich., disagreed. "It is clearly inconsistent with what we did, which is to say to these big banks you cannot take these big proprietary bets," he said on CNBC on Friday afternoon. "You cannot bet on the direction of the economy. You can hedge, but this was not a hedge."

Just what kind of trade this was is still unclear. And there are a lot of questions about exactly what happened. On Friday came word that the Securities and Exchange Commission has begun an investigation. Whatever the outcome, the image of JPMorgan Chase as a bank where this sort of thing couldn't happen has been dealt a crushing blow.