Accessibility links
Hilary Hahn And Hauschka, 'Silfra' Hear what happens when a star violinist meets a piano full of marbles, duct tape and other surprises. Hahn and Hauschka, unlikely collaborators, create beauty out of the unusual. 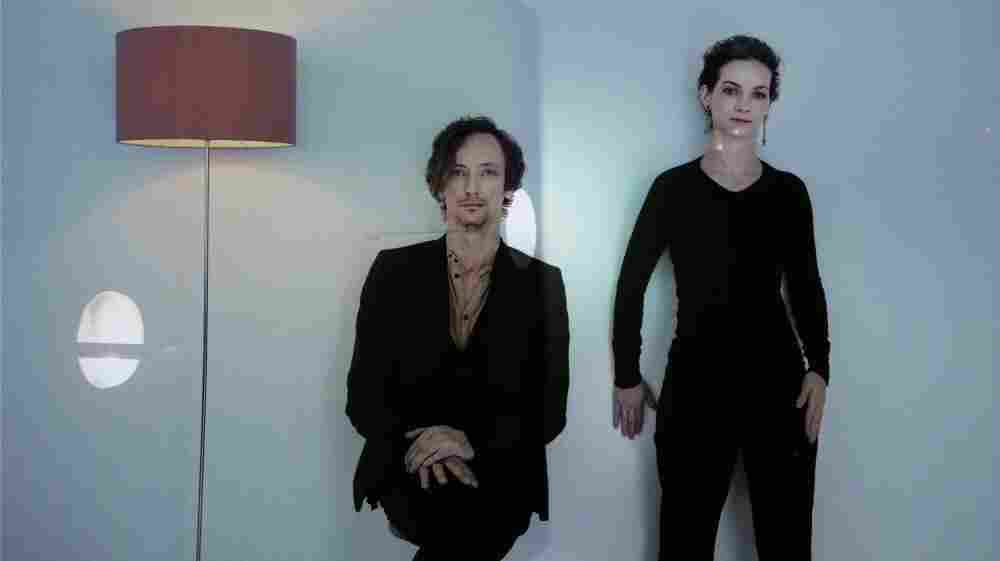 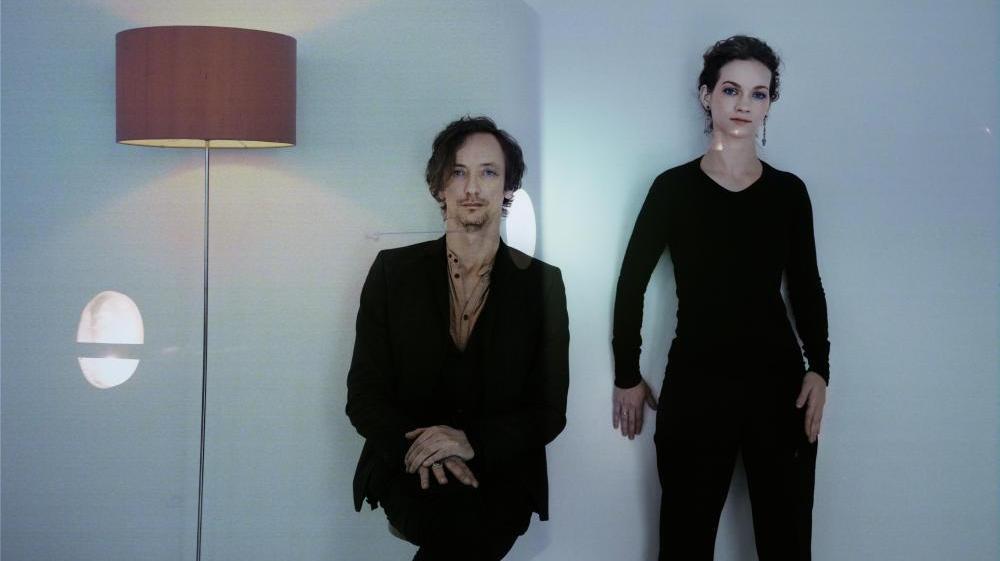 Hilary Hahn and Hauschka's new album, Silfra, comes out May 22.

Full album audio for this feature is no longer available.

Of course, Hahn has done just that. She recorded her new album Silfra (out May 22) in Iceland with the Düsseldorf-based composer and pianist Volker Bertelmann, who goes by the name Hauschka. The album's producer, Valgeir Sigurðsson, normally works with the likes of Björk and Feist.

All of that is brave enough for any classical violinist raised on a steady diet of Bach and Tchaikovsky. But the big surprise here is that when Hahn and Hauschka entered the studio for their 10-day session, they hadn't prepared a note. Almost all of Silfra is the product of improvisation — a word that strikes fear in the hearts of most classical musicians, who are accustomed to relying on printed music.

That said, the duo didn't go in totally blind. By meeting regularly for improv sessions over a two-year span, they knew each other's playing well and had ideas on how to proceed. Still, there are no retakes or patches on the album. What we hear is how they played it for the first time.

Silfra unfolds like half-remembered scenes from dreams. Textures and images shift randomly, triggered by an odd assortment of sounds that can frighten or delight.

"Stillness" flits by quickly; its tones hang in the air like mist, made from Hahn's high-flying harmonics and sustained notes in the keyboard. "Godot," a 12-minute submersion into Hauschka's prepared piano, has the opposite feel. With persistent buzzes and bonks in the keyboard (he sets household items like the aluminum shells of tea lights on the piano strings) and whistling, icy scrapes from the fiddle, the piece ebbs, flows and builds slowly in a mesmerizing way.

Yet Hahn and Hauschka have more practical descriptions of the music. In "Bounce Bounce," a rubber ball — like a bass drum — gets bounced against the piano frame. "This was our way of releasing some of the pent-up focus of the first few days of recording," the duo writes in the CD's liner notes. Other songs were inspired by the ash of erupting volcanoes and heaving ocean waves.

The title, Silfra, comes from the serene Icelandic landscape near Reykjavik where the North American and Eurasian tectonic plates almost touch within a lake of uncommonly clear and cold water. It's a prized hangout for scuba divers who can literally swim between the continents. But Hahn and Hauschka think of it more "like a seam binding two entities than a rift."

It's a handy metaphor for this fascinating new album — where two opposite and unlikely musicians meet in a special place to make music of the unknown.